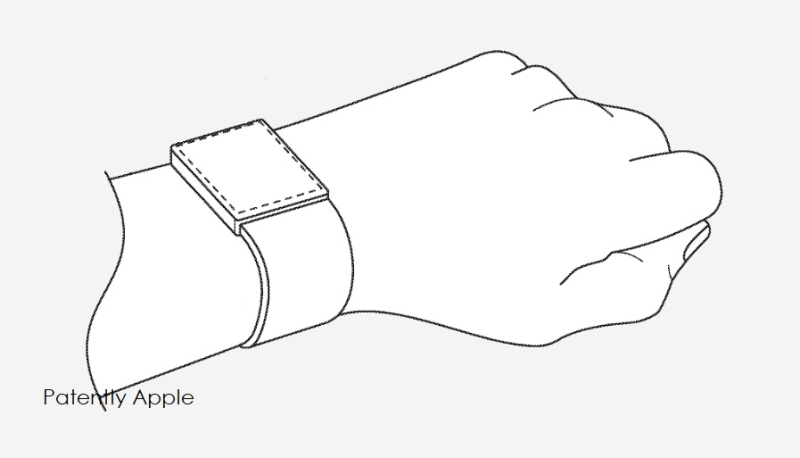 Today the U.S. Patent and Trademark Office officially granted Apple a patent that relates to user hydration tracking, and, more particularly, to hydration measurement with Apple Watch and band.

Hydration measurements can be used to provide useful information for automated and/or manual tracking of a user's activity and health. A user's hydration level has significant impacts on the health of a user. Dehydration can impair performance and is associated with several deleterious health consequences, including heat strokes. Overdrinking can result in hyponatremia, fatigue, confusion, coma, and even death.

Traditional techniques for tracking hydration are generally invasive, expensive, or unreliable. For example, some hydration tracking techniques involve testing fluid samples, such as urine or blood, from the user. Some techniques require analyte sensors to chemically react with sample fluids. Many of these sensors are disposable and limited to a single use.

Yet other techniques involve tracking the intake of fluids, expulsion of fluids (e.g., sweat, urine, etc.), and weight changes across a period of time. These techniques are cumbersome and unreliable due to the variety of measurements that must be manually taken.

In contrast to traditional devices, the hydration measurement capabilities described in this patent provides reliable and elegant solutions that allow a user to easily track hydration with a wearable electronic device, such as an Apple Watch, and provide helpful feedback to the user to improve safety and health of the user during activities.

In some embodiments, hydration measurements can be achieved by a watch that also provides a variety of other capabilities. Accordingly, hydration tracking can be provided as part of a comprehensive tracking system for conveniently providing accurate fitness and/or health information for a user.

Hydration tracking can be performed repeatedly with the same equipment and without requiring disposable testing components that are exhausted after each use.

Apple's patent FIG. 1 represents an Apple Watch; In FIG. 2 the watch (#10) can provide one or more electrodes (#140) for measuring and/or otherwise responding to perspiration. For example, as shown in FIG. 2, the electrodes can be provided on an inner surface of the Apple Watch band (#110). 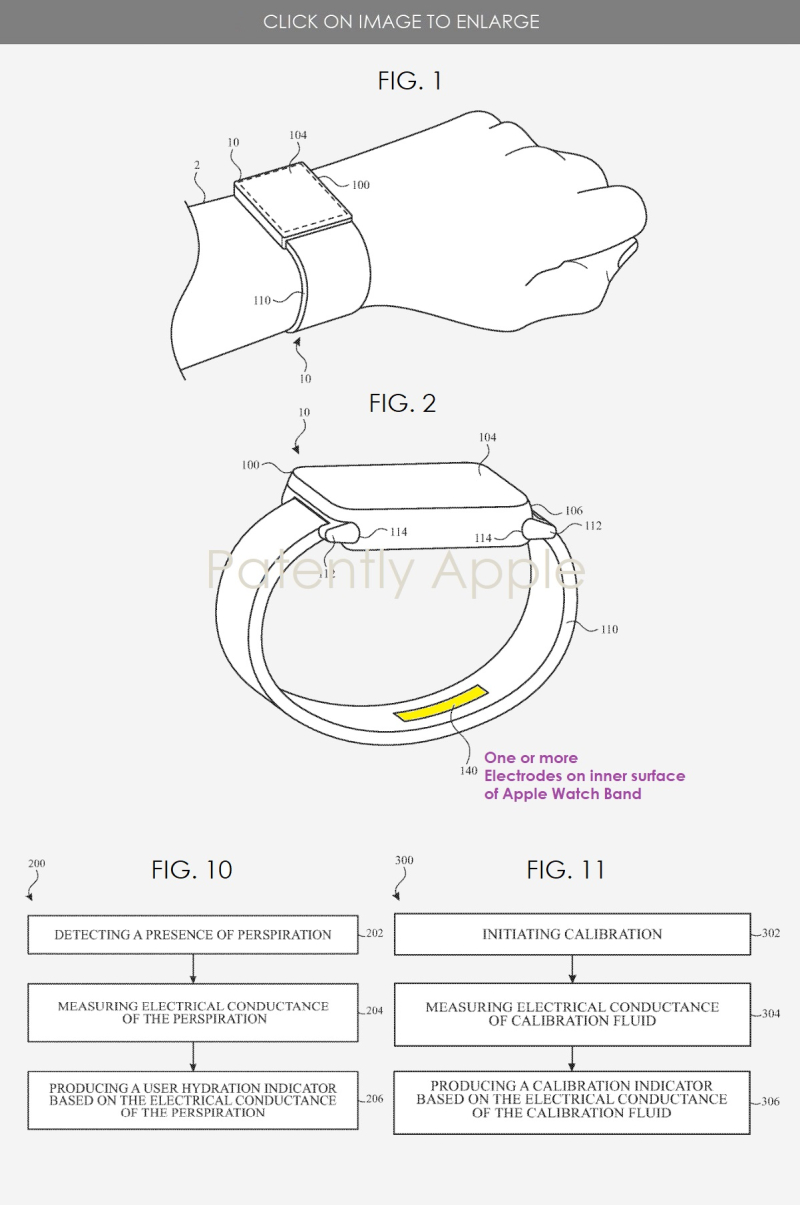 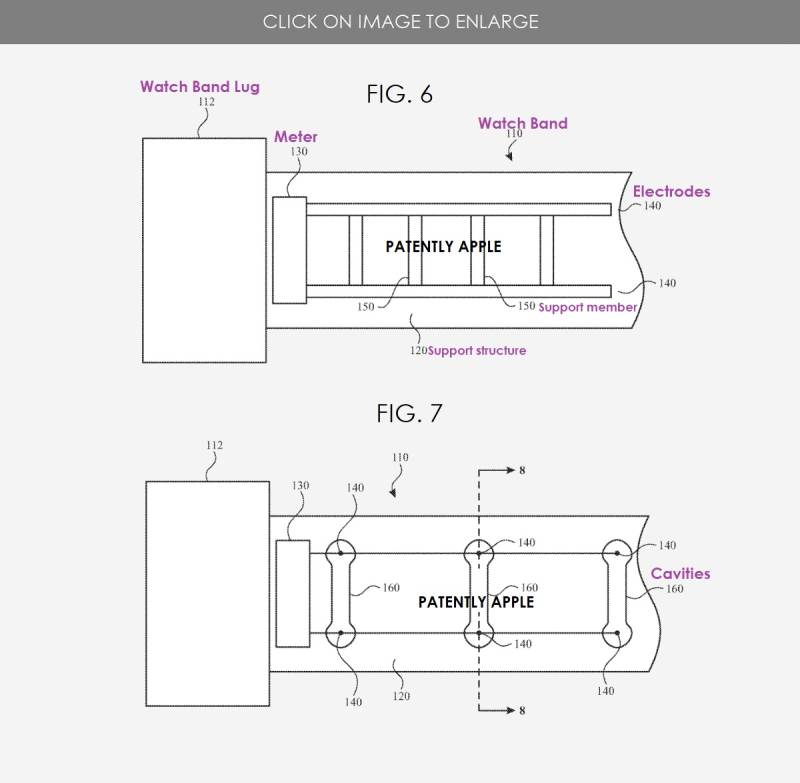 In Apple's patent FIGS. 7 above we're able to see a bottom view and a sectional view of the Apple Watch band (#110) with the electrodes (#140) positioned within cavities (#160) formed in the support structure (#120). The cavities can each be recessed within the support structure to form a space for receiving perspiration. This can be accomplished, for example, by capillary action to facilitate measurement of the perspiration without requiring the electrodes to be positioned on an outermost surface of the Apple Watch band. The cavity further provides known dimensions (e.g., height, width, length, volume) for a sample of perspiration. These known dimensions can be used to calculate electrical properties based on given measurements. Each cavity can contain one or more electrodes. Multiple cavities can be interconnected by channels, for example forming a mesh or network of cavities in fluid communication with each other.