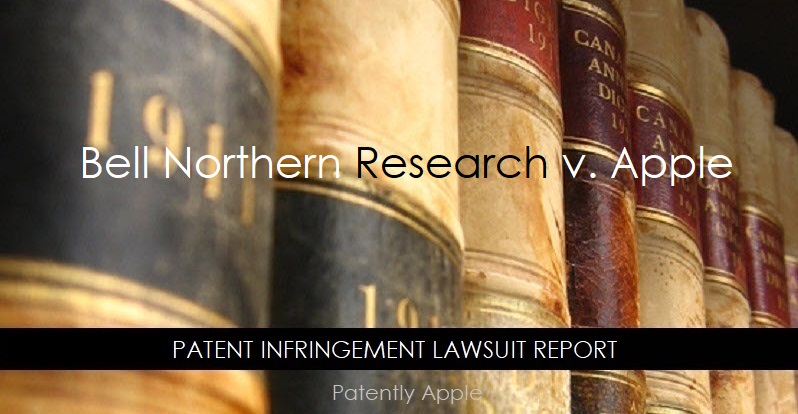 Apple has been sued by Bell Northern Research (BNR) for patent infringement. Bell-Northern Research (BNR) was a telecommunications research and development company established in 1971 when Bell Canada and Northern Electric combined their R&D organizations. BNR was absorbed into Nortel Networks when that company changed its name from Northern Telecom in the mid-1990s. The company has rich history in the telecommunications sector that is further detailed in their formal complaint before the court.

The complaint claims that Apple's iPhones, iPads, MacBooks, iMacs, Mac Pros, Mac minis, Apple TVs, Apple Watches, and other mobile/computer products infringe on 10 of their patents. The patents cover a wide range of technologies from conserving battery power to 802.11a/g standards in relation to "OFDM" encoding to beamforming feedback. Below is a full list with links to the patents that Apple is accused of infringing.

Bell Northern Research (BNR) claims that Apple is infringing on the following 9 patents that they own by assignment from Agere Systems, Broadcom Corp., LSI Logic and Renesas Mobile Corp. Only one of the 10 patents is an original from BNR.

7,039,435: "Proximity regulation system for use with a portable cell phone and a method of operation thereof" (Agere Systems Inc)

For more details, read the Plaintiff's full complaint filed with the court in Waco Texas in the SCRIBD document below, courtesy of Patently Apple.