Home Archives Contact Us Subscribe Twitter MeWe Facebook Patently Mobile
Apple has filed for the Figurative version of their Trademark 'ShazamKit' while being Granted 2 new Design Patents
An early ruling has found Google's Nest speakers infringe on five Sonos patents, with a Final Ruling to be made later this year 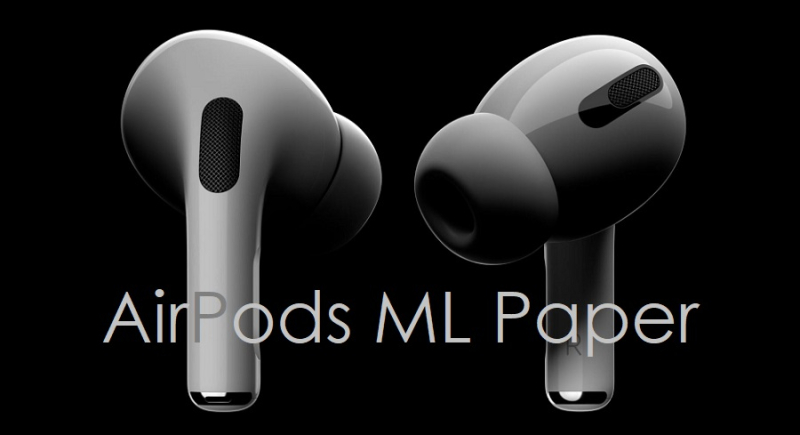 Apple began discussing integrating health sensors into future sports-oriented headphones in a patent application that was published back in April 2009 and filed in 2008. Apple's engineers noted at the time that "The sensor can also be other than (or in addition to) an activity sensor, such as a psychological or biometric sensors which could measure temperature, heartbeat, etc. of a user of the monitoring system." Fast forwarding to 2018, Apple decided to update their AirPods trademark by adding "wellness sensors" to its description, a telltale sign something was in-the-works. Then a series of patents surfaced in 2020-21 timeline covering health sensor for future AirPods (01, 02 & 03). To top it all off, in June of this year, Apple's VP of Technology talked about health sensors on Apple Watch and possibly AirPods.

The latest development on this front came from Apple's Machine Learning (ML) Research team earlier this month in the form of a research paper. Apple notes, "In this paper, we take the first step towards developing a breathlessness measurement tool by estimating respiratory rate (RR) on exertion in a healthy population using audio from wearable headphones. Given this focus, such a capability also offers a cost-effective method to track cardiorespiratory fitness over time. While sensors such as thermistors, respiratory gauge transducers, and acoustic sensors provide the most accurate estimation of a person’s breathing patterns, they are intrusive and may not be comfortable for everyday use. In contrast, wearable headphones are relatively economical, accessible, comfortable, and aesthetically acceptable."

Further into the paper, Apple clarifies: "All data was recorded using microphone-enabled, near-range headphones, specifically Apple’s AirPods. These particular wearables were selected because they are owned by millions and utilized in a wide array of contexts, from speaking on the phone to listening to music during exercise." 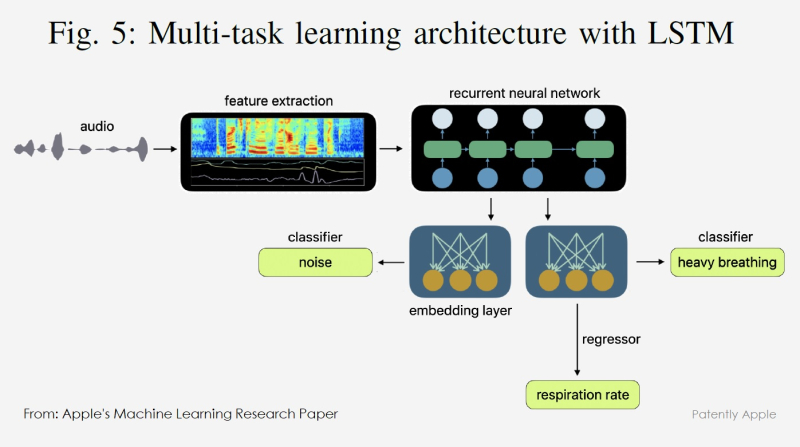 Below is a full copy of the research paper published by Apple's Machine Learning Research team in the form of a SCRBD document, courtesy of Patently Apple.

While the paper doesn't discuss when these specialized sensors using machine learning techniques will be implemented in AirPods, it's clearly a positive development that Apple is well into the process of proving the value of adding such sensors to future AirPods.