Home Archives Contact Us Subscribe Twitter MeWe Facebook Patently Mobile
Apple has Won a Patent for a National ID Verification System that could be tied into Apple Pay
Apple was granted 53 Patents today covering an Optical System for a Future HMD, a Periscope-Like Zoom Camera for iPhone & more

According to Apple, vehicles use light detection and ranging (lidar) sensors to detect the nearby environment. An autonomous vehicle may use lidar sensors to determine objects or other vehicles on the road to determine appropriate driving actions to perform. The autonomous vehicle may also include additional sensors, such as an optical sensor (e.g., a camera) or a radar sensor, to determine additional information of the nearby environment. Although lidar sensors are capable of sensing environmental information in a form that is interpretable by machine learning algorithms or decision-making systems, lidar sensors are currently slower than existing cameras or radar sensors.

Apple's granted patent covers systems and methods for predicting lidar data at a vehicle using machine learning. In some embodiments, a vehicle may include one or more sensors, a light detection and ranging (lidar) sensor and a lidar prediction system. The one or more sensors includes an optical sensor, a radar sensor, or both, configured to capture sensor data of a particular view. The lidar sensor is configured to capture lidar data of the particular view. The lidar prediction system includes a predictive model. The lidar prediction system is configured to generate a predicted lidar frame by applying the predictive model to the sensor data captured by the one or more sensors and send the predicted lidar frame to an external system.

Apple's patent FIG. 1 illustrates a block diagram of a vehicle having one or more sensors configured to detect another vehicle; FIG. 2 illustrates multiple data frames used in detecting a vehicle or understanding a nearby environment for enabling autonomous driving. 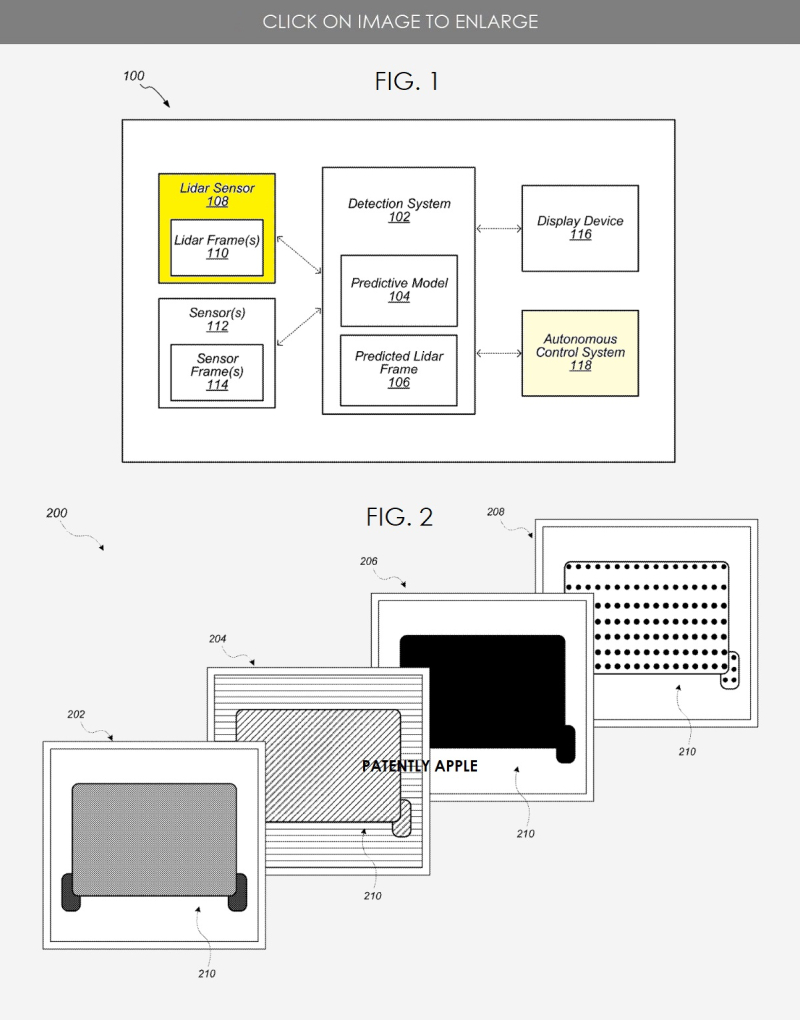 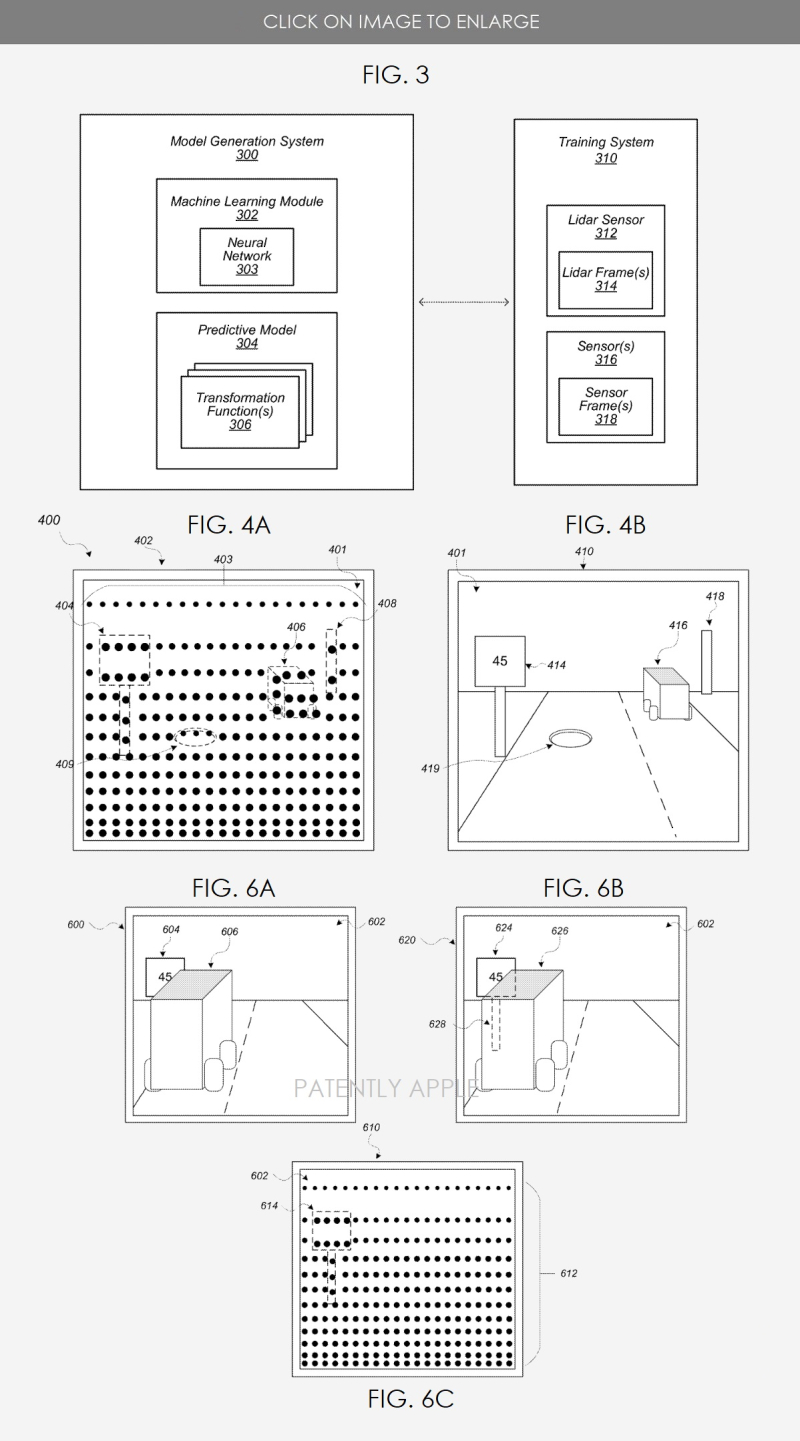 Roads or road signs include reflective materials, such as reflective paint or attachments, to improve their optical visibility by reflecting light. Lane markers generally include a reflective paint in addition to physical bumps to ensure that drivers can be made aware of the lane's outer bounds even in low-light situations. License plates on vehicles also include reflective materials to better illuminate the text on the license plate to be visible to other drivers, including police officers.

Apple's patent FIG. 1 below illustrates a block diagram of a vehicle having one or more sensors configured to detect another vehicle; FIG. 2a illustrates a side view of a sensor configured to send a signal to a plurality of reflectors embedded in a vehicle; FIGS. 3A&B illustrate block diagrams of a vehicle having multiple patterns of pluralities of reflectors identifying multiple orientations of the vehicle.