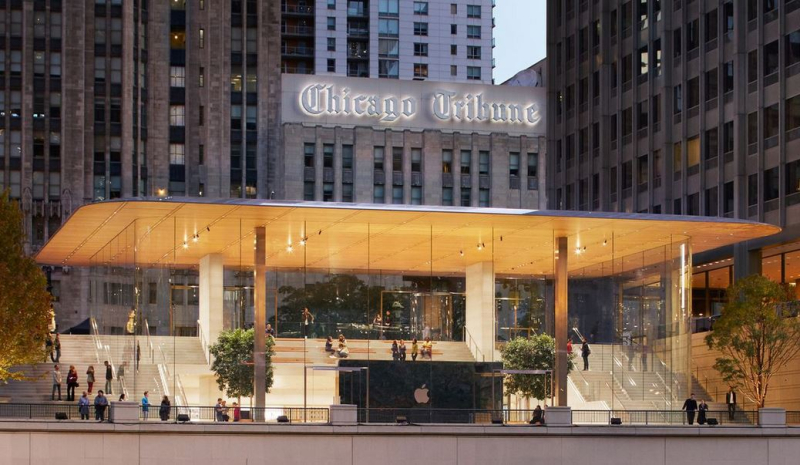 The U.S. Patent and Trademark Office officially published a series of 60 newly granted patents for Apple Inc. yesterday. In this particular report we briefly cover several patents. One patent covers Augmented Reality Navigation for iPhone and Smart Glasses. A second covers multi-colored device housing with the patent pointing to a 2-tone green Apple Watch as one example. Our report also covers design patents covering the Michigan Apple Store building, Apple Card and more. And as always, we wrap up this week's granted patent report with our traditional listing of the remaining granted patents that were issued to Apple today. 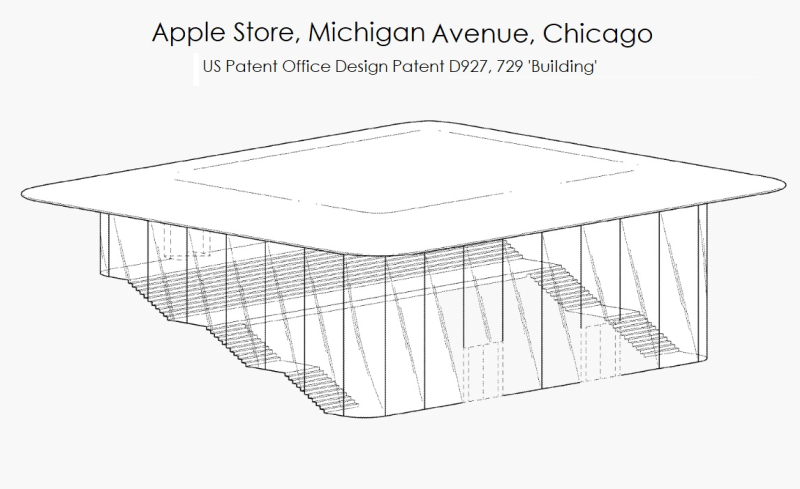 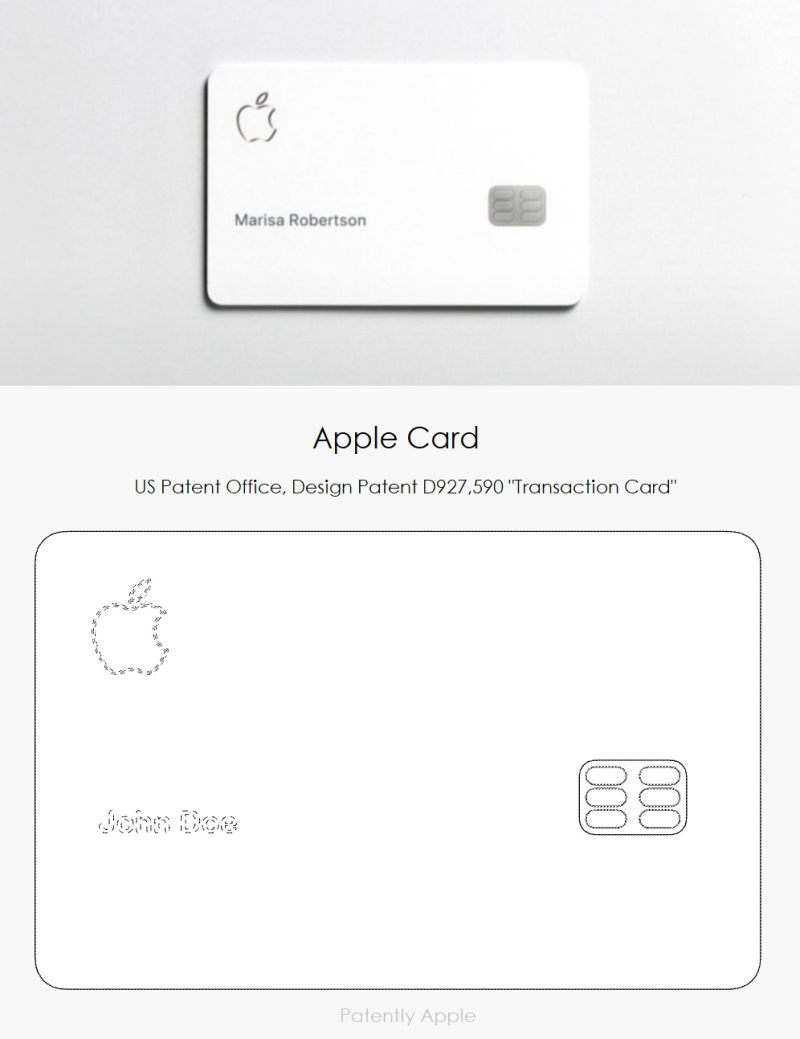 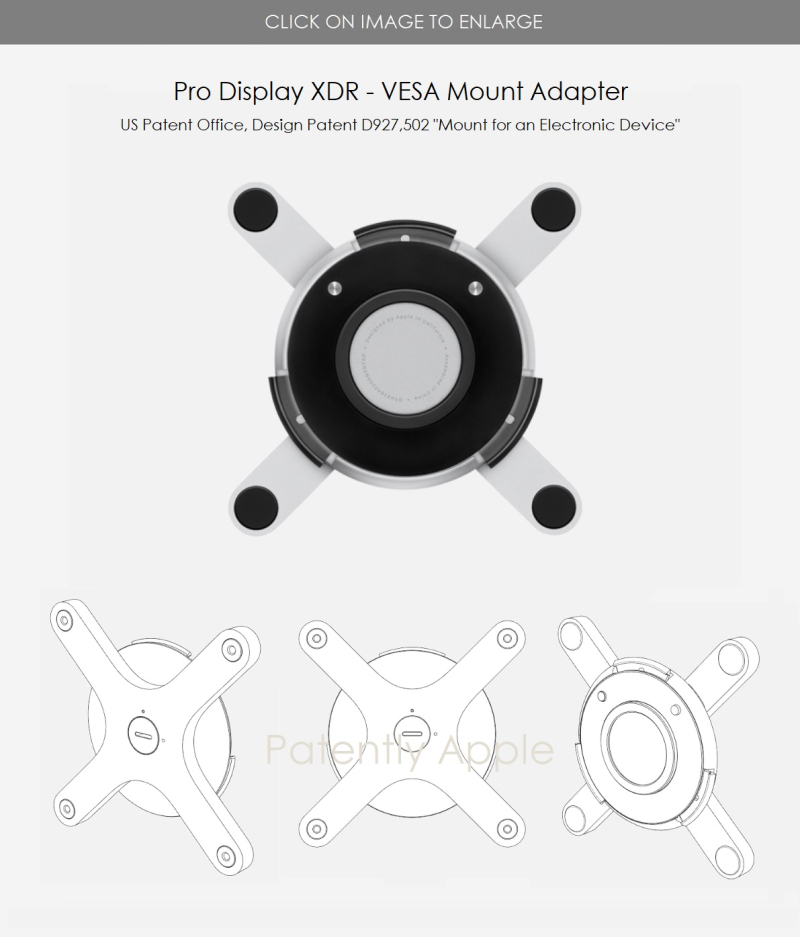 Apple was Granted Patent 11,085,786 yesterday covering an augmented reality device, such as an iPhone or smart glasses, that could enhance and improve the ease at which a device can convey lane guidance information to a user that is traveling along a route. The device can capture a series of images (e.g., video footage) in front of the augmented reality device that closely represents what is actually perceived by the user, and display the captured series of images in real time, e.g., on a screen of the device or as a projection.

Apple's patent FIG. 2 below illustrates an exemplary navigational interface (#202) provided by an augmented reality device (iPhone #200) configured to capture or receive a series of images (e.g., a video), perform calculations on the captured images, and display the series or images to a user on a display screen (#203) while concurrently superimposing a navigational layer over the series of images. In some embodiments, augmented reality device is a smart device, such as a smart phone, or a wearable device, such as a pair of smart glasses. 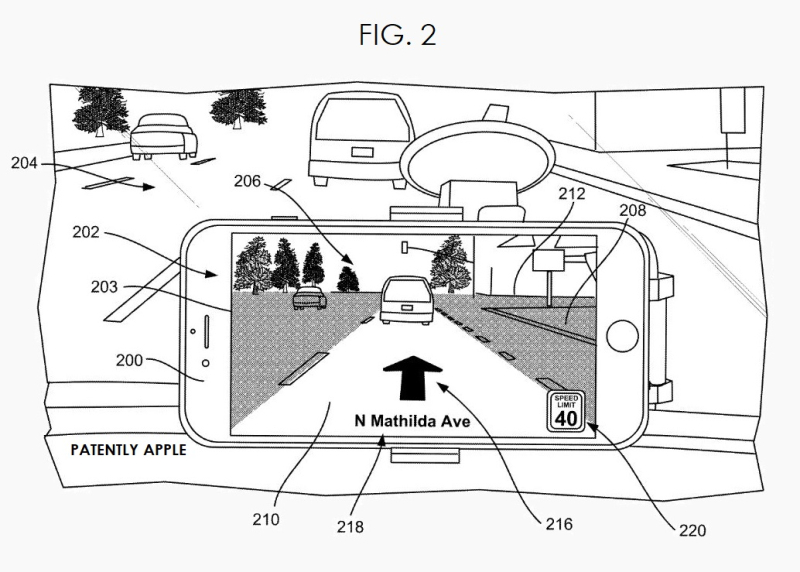 Other Granted Patents that could be of interest to some include the following:

03: Multi-colored ceramic housings for an electronic device: Apple's patent FIG. 7 below illustrates an Apple Watch having a multi-colored (2-tone) housing. In particular, the housing (#702) has a first portion (#704) having a first color, and a second portion (#706) having a second color that is different from the first color. These differently colored areas may be formed by masking a green body that corresponds to the housing (#702), and dipping the green body in a pigment bath. Leaker Jon Prosser (10:10 mark of video) predicts that Apple Watch 7 may come with a housing in green. Will it come in 2-tone green like Apple's latest granted patent? Well, you can never bank on when a patent will come to market or even if it will come to market. While the patent doesn't mention a bezel, it's hard to imagine a 2-tone design not using the bezel as one of the areas to take on a second color. 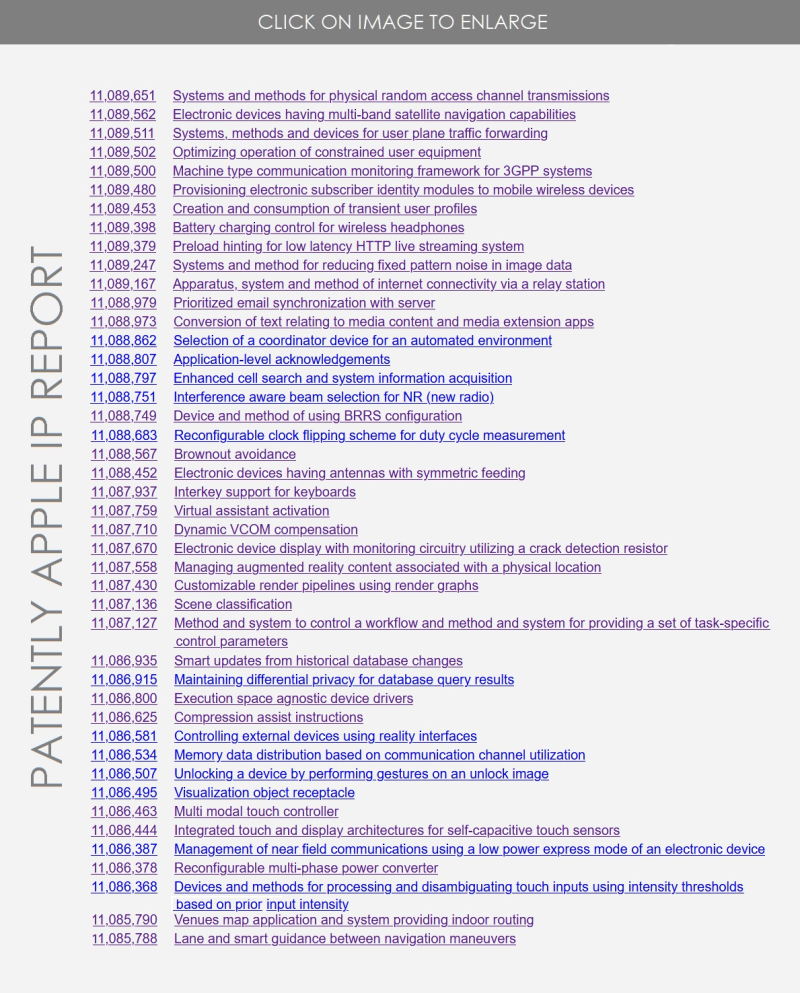