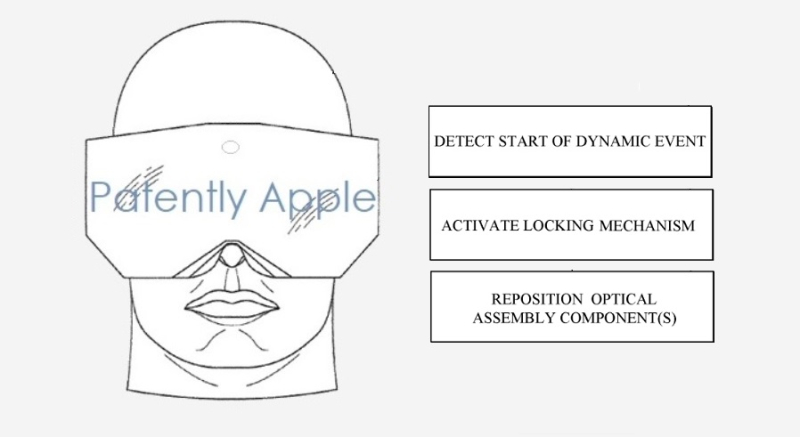 Today the U.S. Patent and Trademark Office officially granted Apple several patents. One relates to a head mounted display (HMD) device's head adjustment system. The system will allow users to adjust the fit of their HMD sitting on their head for a perfect, snug fit. A second patent relates to optical systems with adjustable lenses and a third patent covers improved calibration for on-device eye tracking.

Existing head-mounted displays can be adjusted for circumferential fit using features such headbands made from elastic materials and temple-located adjustment mechanisms that change a length of a non-elastic headband between a variety of predetermined lengths.

However, these adjustment options do not address differences in facial features, such as different inter-pupillary distances (IPD) among users. 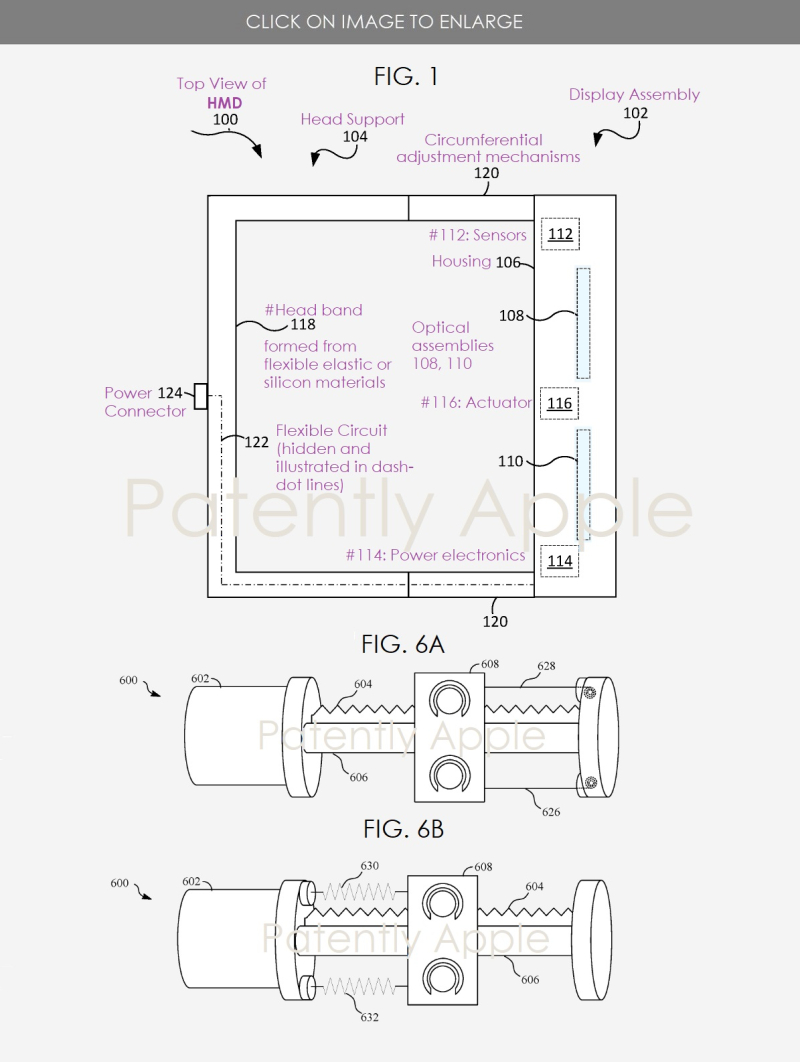 More specifically, Apple's patent FIG. 6A illustrates the mechanical dampening mechanism can include one or more cables 626 and 628 (two are shown in solid and dotted line) disposed proximate to ends of the lead screw (#604) and the guide rail (#606). In this embodiment, the cables can either wind or unwind during a dynamic event, serving to slow or counteract motion of the nut assembly (#608) to avoid having the nut assembly impact the ends of the lead screw and guide rail (#606) when sliding.

Apple's patent FIG. 7 below is a flowchart depicting a process of operation for an actuator similar to the actuators. 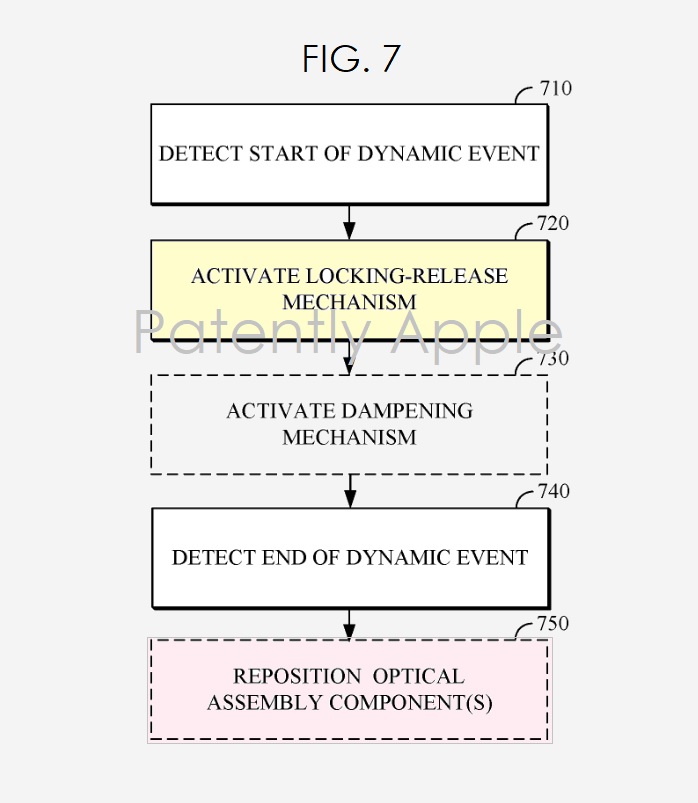 Optical systems with adjustable lenses such as these may be bulky and may respond more slowly than desired to control commands. Apple's granted patent 11,105,963 provides a solution with tunable lenses with focal lengths that are adjusted by control circuitry. 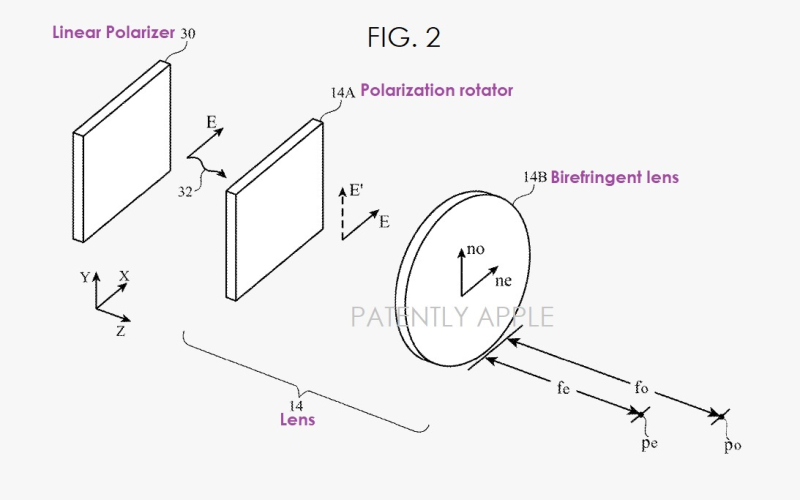 Eye tracking and gaze estimation on mobile devices provide users another dimension of input. Eye tracking also enables hands-free interaction. Under some circumstances, gaze input can be more attractive than other modalities, such as touch (which may be limited, for example while cooking or driving), and voice (not suitable for noisy/crowded situations). Apple's granted patent 11,106,280 covers a method for improved calibration for on-device eye tracking which you could review here for more details. 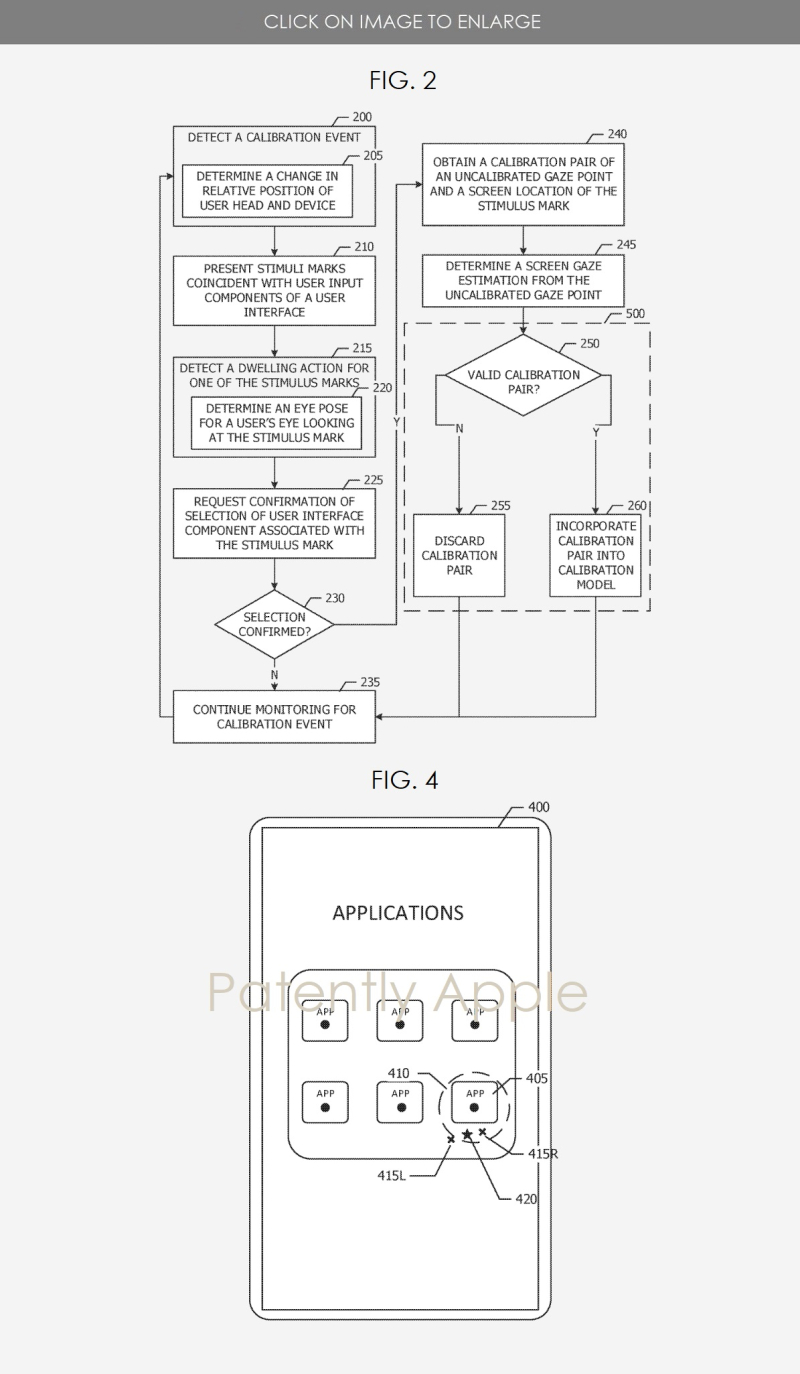