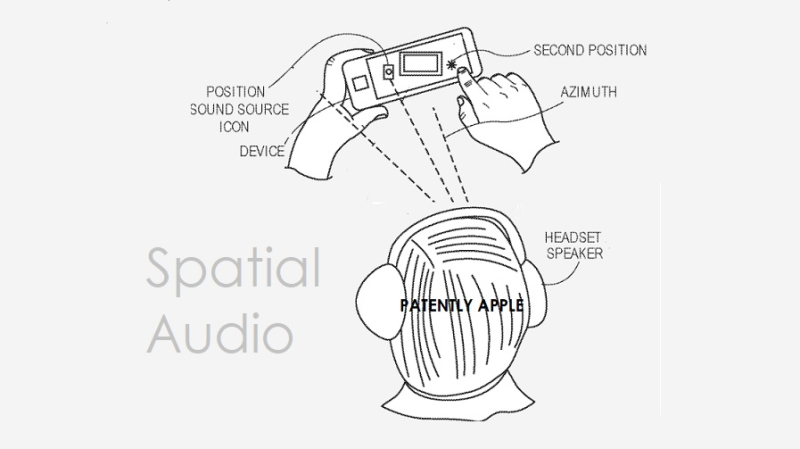 Today the U.S. Patent and Trademark Office officially granted Apple a patent that relates to audio systems used to render spatial audio in context with Augmented Reality. In one case, the patent covers spatial audio used in a head mounted display device (HMD) and one that could integrate an iPhone as its display.

Headphones typically play music by rendering a stereo audio image that is perceived by the listener as internalized sound coming from within the listener's head. Headphones can also be used to render spatial audio to create a more natural experience, e.g., to simulate externalized sound coming from a location outside of the listener's head. An effective spatial sound reproduction is perceived just as the user would experience the sounds in the real world. Creating such a spatial sound reproduction, however, is a challenging and ongoing endeavor.

Several components contribute to an effective spatial sound rendition that creates the illusion of an externalized virtual sound source. First, an accurate head-related transfer function (HRTF) personalized to the listener contributes to effective spatial audio. An HRTF is a model of a filter that contains all of the acoustic information required to describe how sound reflects or diffracts around a listener's head, torso, and outer ear before entering their auditory system. The HRTF matches the reproduced audio to the user anatomy to make the audio sound as if it is actually interacting with the user anatomy along an acoustic path from the external location to an ear entrance.

In an aspect, an audio system provides a visual reference corresponding to a virtual sound source. For example, the audio system can receive a user input on a display of a device to designate one or more positions within an augmented reality view of a listening environment. The positions can correspond to one or more sound source locations within the listening environment.

A corresponding sound source icon, e.g., an image of a loudspeaker, can be displayed at the position on the display to be viewed by a listener.

The audio system can reproduce a binaural audio signal, e.g., using a headset, to render spatial audio including a sound coming from the sound source location within the listening environment. The listener can listen to the spatial audio, which may be music or a movie soundtrack, even after setting down or turning off the display of the device.

The experience of creating and/or viewing the sound source icon on the display before or during the spatial audio rendition can cause a durable spatial audio experience that is less likely to collapse into the head of the listener.

Apple's patent FIG. 1 below represents a flowchart of a method of augmenting spatial audio rendition; FIG. 2 is a pictorial view of a user handling an audio system. 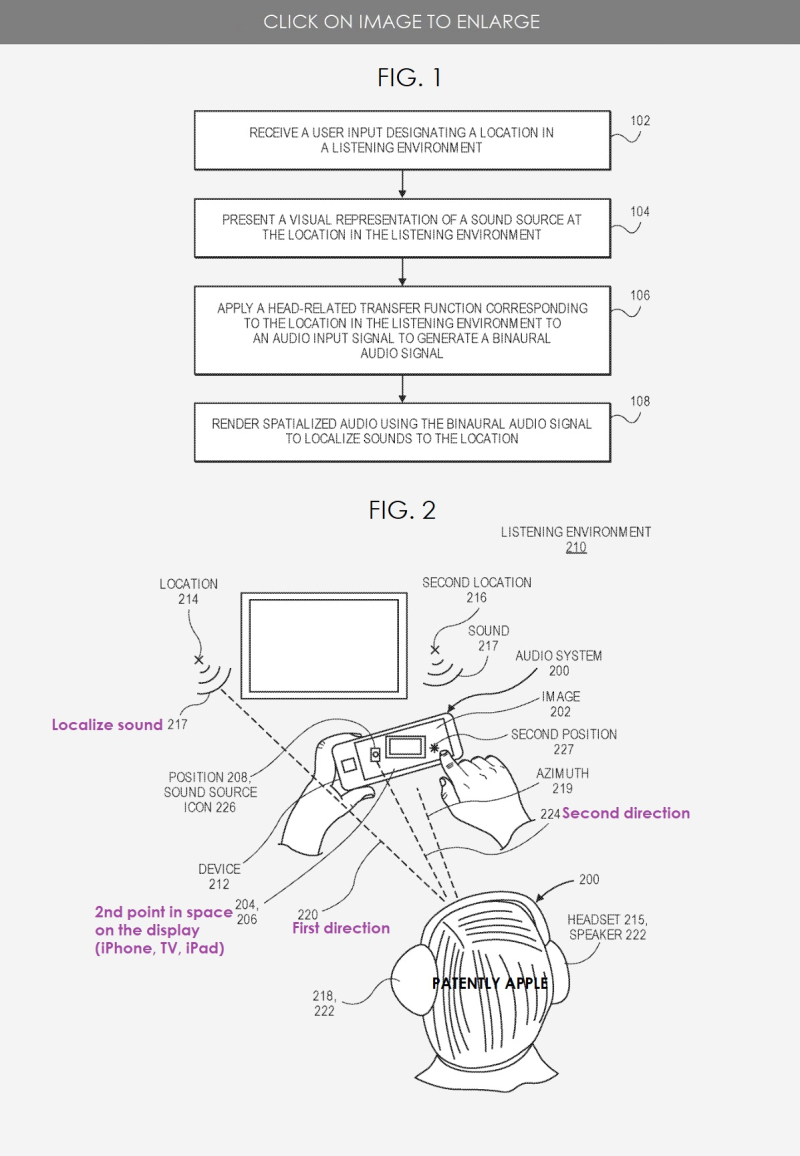 The user can perform a set up process to place one or more sound source icons, e.g., visual representations of speakers, at specified positions in an augmented reality view on a display (#204). 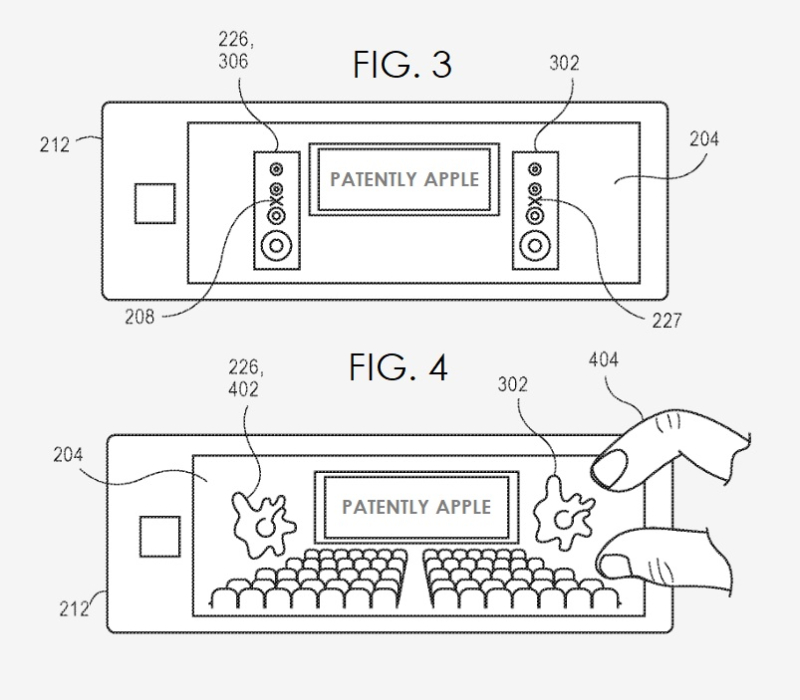 The user can view images of the listening environment to find positions (#208) in the augmented reality view where sound sources are to be placed.

Lastly, Apple notes that in one aspect, the audio system can be a head-mounted display (HMD). The HMD can integrate both the device (#212) and the headset (#215) into a single device. The HMD can be a display device that incorporates the display used to present the visual representation of the sound source at the location, and the headset used to render spatialized audio to localize sounds to the locations. The HMD can be worn on a head of the user to allow the user to see images presented on the display and hear sounds played by the headset.

The HMD using the iPhone's display supports a long-standing invention of Apple's. In fact, on August 10, Patently Apple posted a report covering Apple's 15th granted patent for this invention as presented below. It goes to prove that Apple is indeed continuing to work on this entry-level HMD.