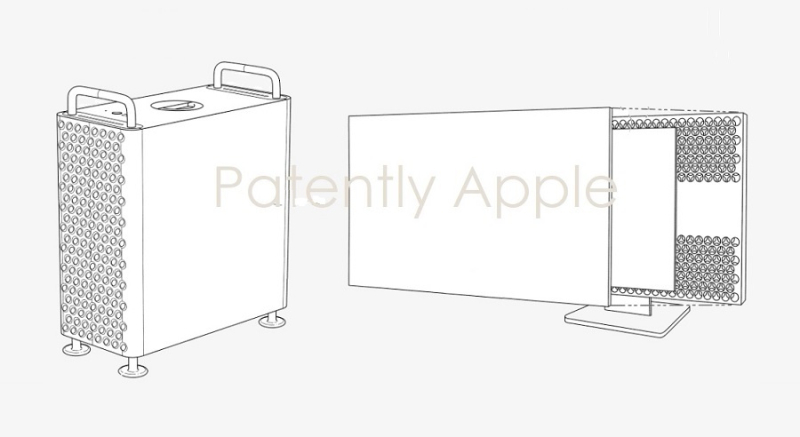 In late March Patently Apple posted a report titled "Apple has Won a Patent for the Mac Pro's 3D Structural Design that could one day extend to a Future iPhone." As you could see in the patent figures below and in our cover graphic, that patent also covered the 3D structural design extending to the backside of a future iMac. Today the U.S. Patent and Trademark Office officially granted Apple a patent that further extends this style of design to future MacBooks, iPads, eyeglass frames and even an HMD. 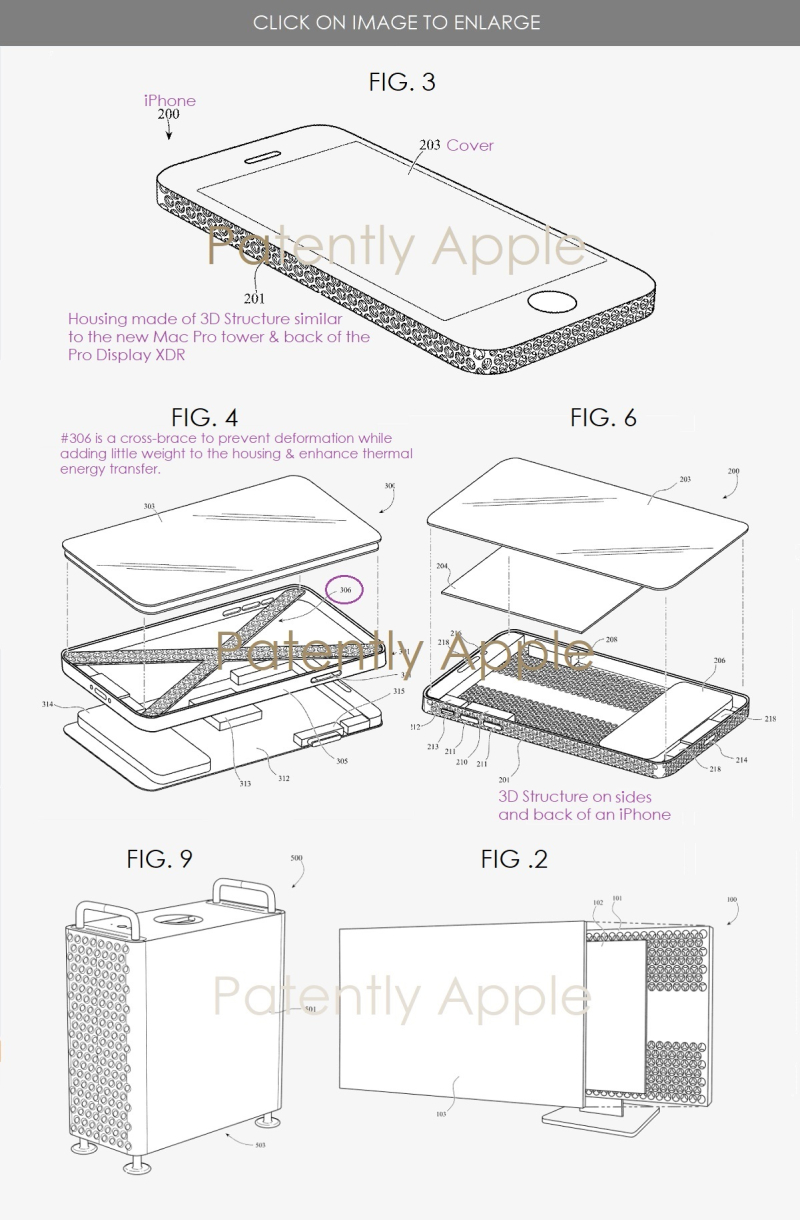 The March patent provided us with hardware imagery that was crystal clear, pointing to a possible future iPhone and iMac. In today's granted patent, the patent verbiage and patent figures are obscure. There isn't a nice patent figure of a MacBook with a 3D structural design in this granted patent. Instead, all we're given are patent figures like FIG. 2 below (that are just black and white. I've added different layers of grey to give it some depth). 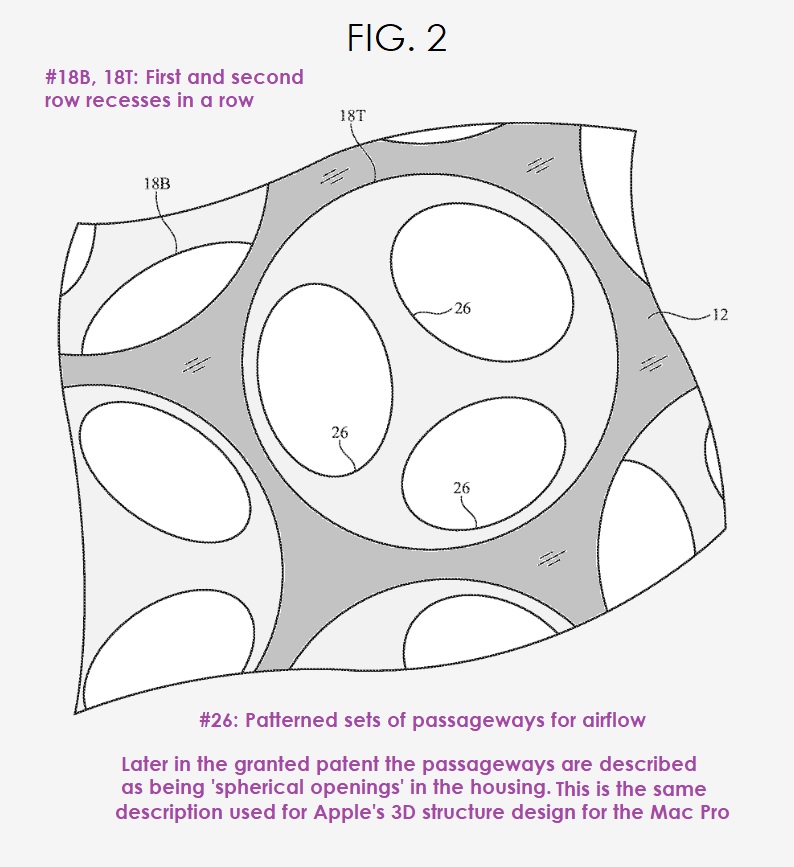 Later in the granted patent, Apple's engineers revert back to describing the "passageways" of FIG. 2 as "spherical openings" in the housing, which is exactly how Apple described the Mac Pro structural design back in March.

Once you can wrap your ahead around that fact, today's granted patent can be seen for what it truly is and the mystery of what they're describing vanishes like fog lifting.

Apple notes that the MacBook (or other device) housing #12 may be formed from polymer, metal (e.g., aluminum, stainless steel, steel, etc.), fiber composites such as carbon fiber composites, glass, ceramic, crystalline materials such as sapphire, other materials, and/or combinations of two or more of any of these materials. The housing or parts of the housing may be formed using a unibody construction in which housing structures are formed from an integrated piece of material. Alternative multipart construction is also contemplated.

The big difference in this patent from the one in March is that Apple adds a twist to the design in their use of lighting in the new MacBook form factor that allows light from within the MacBook to shine through the 3D structure.

Apple's patent states that "Microperforations, light guiding structures, diffusers, reflectors, and other structures may be used to help control emitted light from the light-emitting devices and thereby create a desired pattern of illumination for the electronic device."

Illumination may include light of one or more different colors, diffuse illumination, text, icons, flashing lights, light that is spatially and/or temporally patterned to produce desired decorative effects (e.g., chasing lights, gradually diming and strengthening global illumination, etc.) and/or that is spatially and/or temporally patterned to supply users with information (e.g., flashing colors to indicate an urgent condition, light of a particular color to indicate that a message has been received, light with attributes that inform users of the current temperature of a device, and/or other light)."

Daniele De Iuliis: This was one of the last inventions under Apple. He was behind some 400 utility patents over his 27-year career at Apple. He has retired in 2020 and joined Occuity.

Bart Andre: Industrial Designer. A veteran of over 25 years.

Others listed on the patent include: