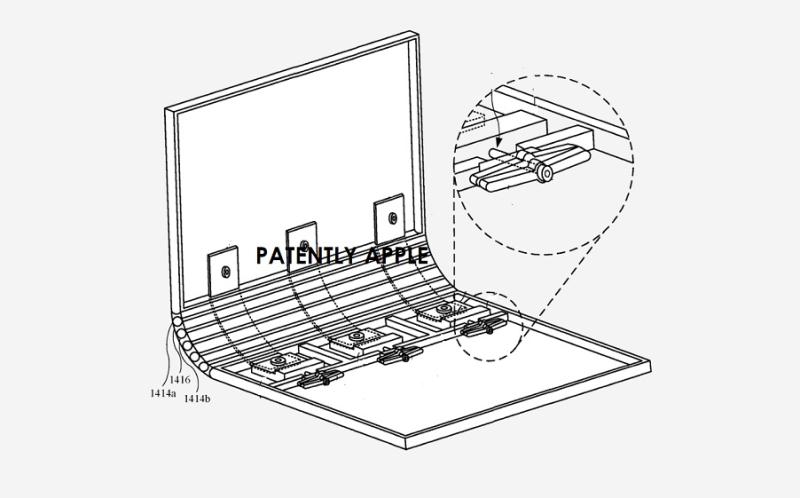 Today the U.S. Patent and Trademark Office officially granted Apple a patent that relates to hinges and hinge assemblies. In particular, hinge assemblies having multiple parts frictionally engaged with one another. The patent applies to a possible future MacBook hinge system. Secondarily, the new hinge system could apply to a future version of the iPad Pro's Magic Keyboard.

The hinge assembly may further include a strap coupled to the display housing and the base portion and extending through the first roller element, the second roller element, and the spacer element.

The internal hinge strap may provide a stiffness such that a transition from the open position to the closed position causes synchronous motion of the first roller element, the second roller element, and the spacer element.

Apple's patent FIG. 39 below illustrates an isometric view of the system, with portions of the first housing part and the second housing part removed to show additional features of the hinge assembly; FIG. 37 illustrates the Device (MacBook) in an open state and FIG. 38 in a closed state. 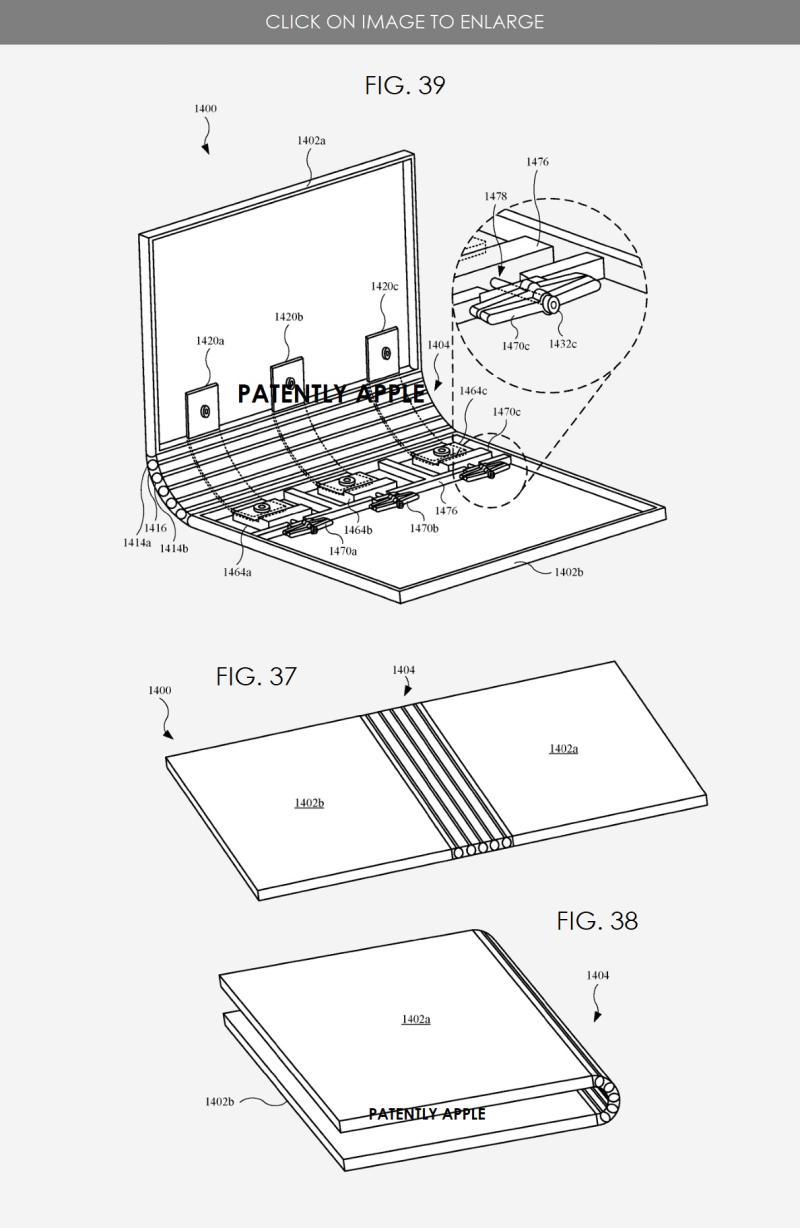 Apple's patent FIG. 49 below illustrates a cross sectional view of an embodiment of a system (#2200) that includes a hinge assembly (#2204) with a strap (#2212) limiting movement of the roller elements and the spacer elements. 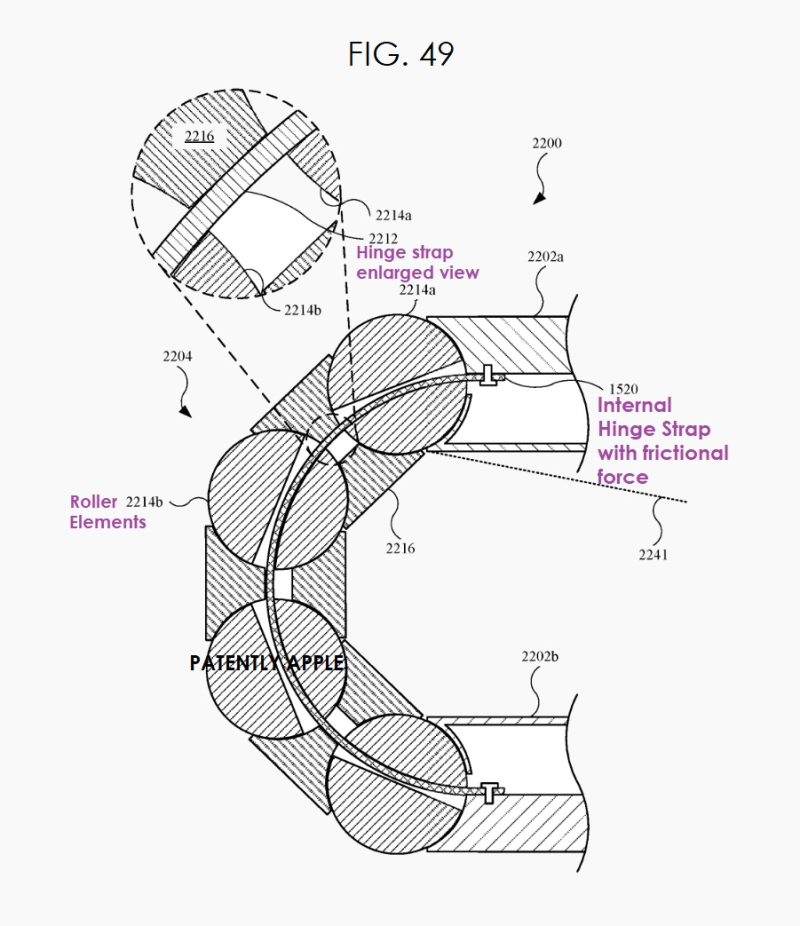 Apple also contemplates that the new hinge system could apply to an accessory such as a future version of the Magic Keyboard as illustrated below. 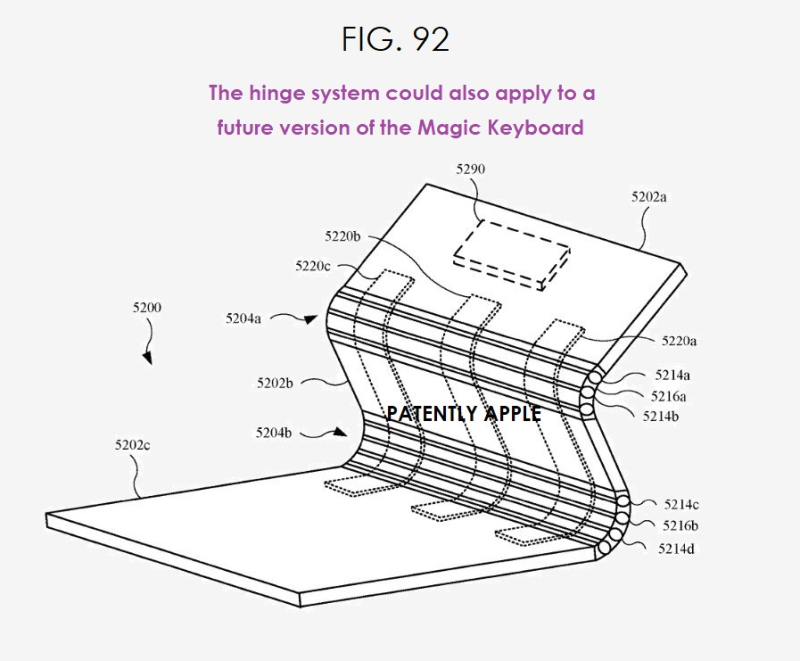 Apple's granted patent 11,079,807 titled "Friction roller hinge for electronic devices and method for making roller and spacer elements," is a highly detailed document with over 100 patent images to review here.