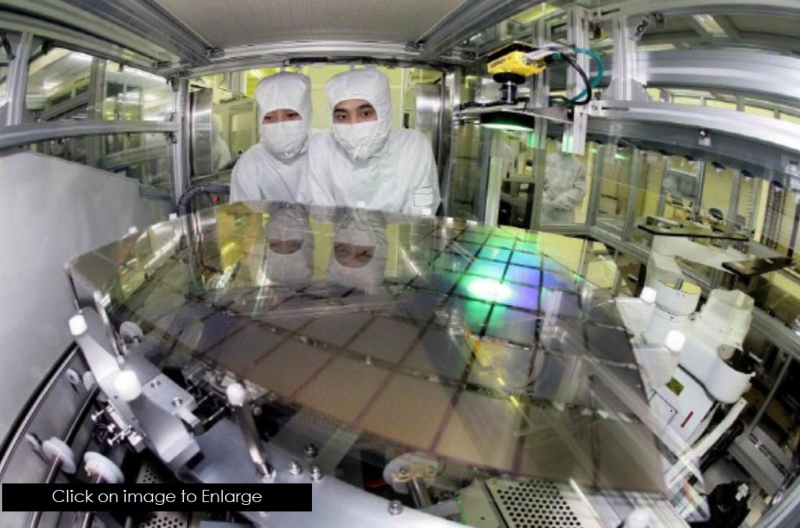 Late this afternoon Patently Apple posted a report titled "Apple Supplier LG submitted a Regulatory Filing today outlining a US$2.8 Billion investment for a new OLED Display Plant for Apple Devices." A second supply chain report was discovered this afternoon that expands on LG's plan for OLED expansion in addition to revealing Samsung's next move to advance OLED displays.

In the display industry, a generation is the size of a glass substrate. The higher the generation, the larger the substrate size, which means that larger displays can be produced more efficiently. In an attempt to expand small and medium sized OLED applications from smartphones to tablets and laptops, investment plans seem to be visible within this year.

The Korea IT News report further noted that "It is understood that Samsung Display and LG Display are developing 8th-generation evaporator. The evaporator is a key piece of equipment that forms red (R), green (G), and blue (B) pixels. Like water vapor condensing on the lid when boiling water in a pot, the OLED material is heated and settled on the substrate. Samsung Display is developing an 8th generation evaporator with Japan's ULVAC, while LG Display is developing it with Sunic System in Korea.

Japan's DNP is also known to have started developing the 8th generation FMM (Fine Metal Mask). FMM is a thin metal plate with small fine holes, which induces the OLED material to be deposited in the required position on the substrate. OLED displays express images with organic materials that emit light on their own, so material deposition is very important. This is why evaporators and FMMs are considered as key equipment and materials for OLED panel manufacturing.

Display makers are aiming for tablets and laptops as their next target. LCD screens are still the main focus of these products, and the size is in the range of 10 to 17 inches, so it creates larger market than smartphones."

Last week Patently Apple posted a report titled "Ming-Chi Kuo: 2022 MacBook Air will come with mini-LED Display with BOE as the main Supplier." Today's report makes it clear that both Samsung and LG are going to fight to get a piece of that pie for future OLED based iPad and MacBook displays.