Home Archives Contact Us Subscribe Twitter MeWe Facebook Patently Mobile
CEOs from Apple, Google and other Major US companies will attend a White House Meeting on Wednesday to discuss Ransomware attacks
Apple wins a patent for new radio communications for iPhones that addresses the needs for High-Speed Train users 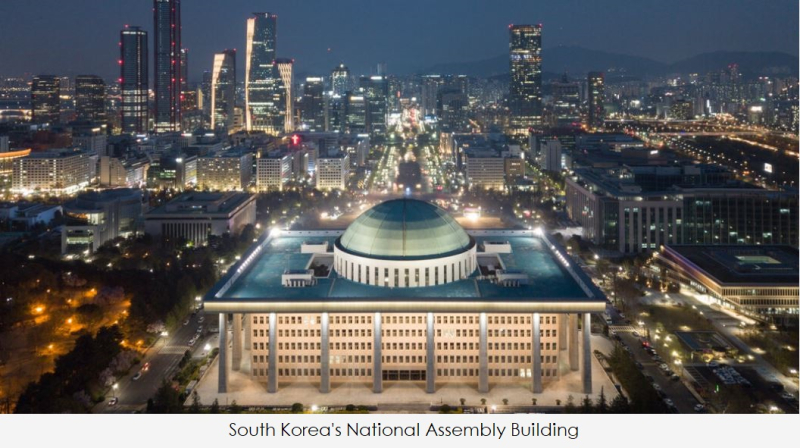 South Korea is likely to bar Google and Apple from requiring software developers to use their payment systems, effectively stopping them from charging commissions on in-app purchases, the first such curbs on the tech giants by a major economy, according to a Reuters report.

The parliament's legislation and judiciary committee is expected on Tuesday to approve the amendment of the Telecommunications Business Act, dubbed the "Anti-Google law," that takes aim at app store operators with dominant market positions.

If the bill gets the committee's approval, it will be put to a final vote on Wednesday. Lawmakers in South Korea have pushed the issue of the commission structure since mid last year.

"If the new bill becomes the law, developers will have options to use other independent payment systems," Kwon said.

The NYTimes adds that a group funded by Google and Apple has urged trade officials in Washington to push back on the legislation, arguing that targeting American firms could violate a joint trade agreement.

The South Korean legislation would be the first law in the world to require companies that operate app stores to let users in Korea pay for in-app purchases using a variety of payment systems. It would also prohibit blocking developers from listing their products on other app stores.

How the White House responds to this proposal poses an early test for the Biden administration: Will it defend tech companies facing antitrust scrutiny abroad while it applies that same scrutiny to the companies at home?

Washington has a longstanding practice of opposing foreign laws that discriminate against American firms, sometimes even when doing so conflicts with domestic policy debates.

A Google spokeswoman, Julie Tarallo McAlister, said in a statement that Google was open to “exploring alternative approaches” but believed the legislation would harm consumers and software developers.

The Google store accounted for 75 percent of global app downloads in the second quarter of 2021, according to App Annie, an analytics company. Apple’s marketplace accounted for 65 percent of consumer spending on in-app purchases or subscriptions.

There's a lot more to the story from the NYTimes that you could read here.

Considering that the White House is looking for Apple and Google to assist in the fight against Ransomware at a meeting this week, perhaps the White House will in turn assist these companies in their fight with the South Korean legislature.