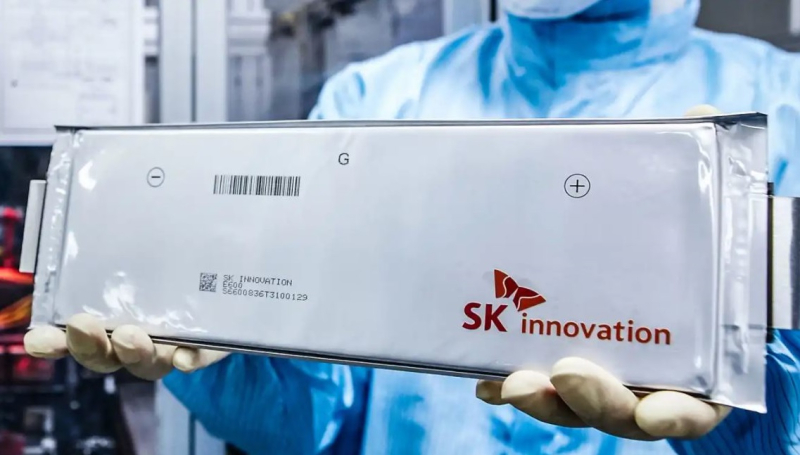 In late March Patently Apple posted a report titled " Magna's CEO made a simple comment about willing to work with Apple on an Electric Car and the stock market reacted immediately." Today another mega-rumor posted by The Korea Times stated that Apple officials have been in Korea for business talks with its Korean partners in the semiconductor and display sectors." The report also noted that Apple was meeting with SK Innovation which is a display materials specialist and involved in energy, chemicals and much, much more. It's South Korea's third-largest conglomerate composed of 95 companies and is the largest wireless mobile phone provider. It also the sixth largest Electric Vehicle (EV) battery maker. The Korea Times believes that Apple executive met with SK Innovation regarding EVs.

In recent day, SK Innovation has been in the news about it spinning off it's battery company to better build up production to meet growing demand for electric cars.  SK Innovation plans to form SK Battery in October, according to Bloomberg. So the timing of Apple's meeting with the SK Group is quite interesting. Is Apple looking to invest in the new battery company for the future or are they talking about being partner with SK for a possible future Electric Vehicle?

The Korean Times is convinced it's the latter. "The company is seeking business partners in Korea for its EV business," a senior industry executive directly involved with the issue told The Korea Times.

Apple reportedly dispatched team members of its EV business project to Korea to have meetings with representatives from SK Group and car component makers, according to local reports. These reports back up the possibility that Apple is moving to work with Korean firms for its EV business. Yet the report added that "Representatives from SK and LG Electronics said that it is hard to confirm whether such meetings occurred."

The rest of The Korea Times report is pure speculation that you could review here.

It's still far too early to be forecasting Apple's electric vehicle partners at this time. Foxconn is another Apple partner that is making major moves into this market sector. CarNewsChina posted a report in June titled "Foxconn’s new strategy: Building cars for EV startups and 10% market share by 2025."

Some news about Foxconn’s car-building strategy came to light on June 12th at the Chongqing Auto Show by way of Jack Cheng, CEO of Foxconn Electric Vehicle unit (Foxtron) who was a keynote speaker.  Cheng described their MIH platform was joined by over 1600 partners, including automotive manufacturers, supply chain companies, and software companies like Microsoft, Bosh, or Nvidia. Aside from that, the automakers cooperating with Foxconn are Byton, Fisker, Stellantis, and reportedly, also bankrupt and reborn Faraday Future.

Jack Cheng is an automotive veteran and also cofounder of EV startup Nio. He joined the Foxconn EV unit as a CEO in January this year. At Chongqing Auto Conference, Jack explained they would offer customers (B2B) different types of service.

For example, the 100% cooperation model means that Foxconn will produce the whole car, which any EV startup can sell under its brand. The 80% model means the customer will make their own design and car SW and Foxconn will take care of manufacturing

While today's rumor from The Korea Times is interesting, Apple appears to be in the exploratory stage with potential partners and it's far too early to bank on any one company at this point in time. Like with iPhone, Apple may seek out several sources should they eventually proceed with a series of vehicles over time.

At present, Patently Apple has posted 106 'Project Titan' Patent reports to date that you could review here. The archive covers a wide array of technologies Apple's car team have been working on.

Side Note: It was interesting to see that Nvidia is getting involved on the software side of electronic vehicles, but even more interesting that a recent patent proved that the were also working on vehicle components. Their patent is titled "self-contained and automatically-adjusting mirrors for future vehicles." 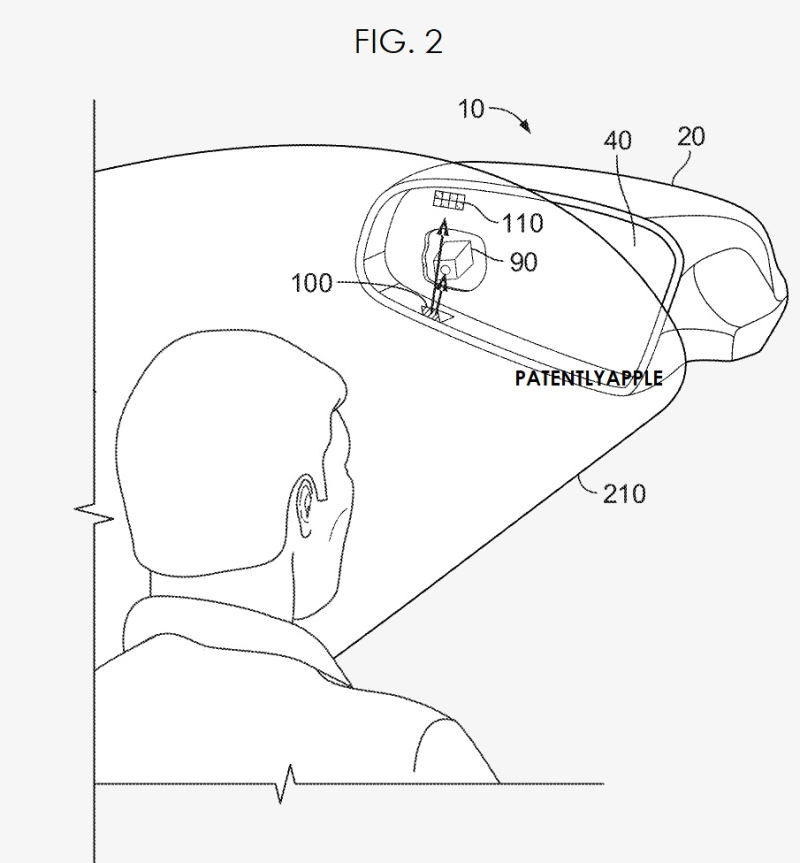 Nvidia's patent FIG. 2 above illustrates operation of mirror assembly (#10) In the embodiment a camera (#90) is illustrated affixed within housing (#20) so as to be pointed toward driver to capture images of the driver. The camera is positioned behind the mirror (#40).