Home Archives Contact Us Subscribe Twitter MeWe Facebook Patently Mobile
If you're not a Fan of the iPhone's Camera Notch, wait until you see Apple's latest invention to address this issue
Two Apple TV+ Series have won 2021 Emmy Awards while Apple announces a new Fairy Tale for Grown-Ups Drama Titled 'The Changeling'

A new Analytical Report by Canalys on U.S. PC Shipments Muddles the data by mixing in iPads with Traditional PCs 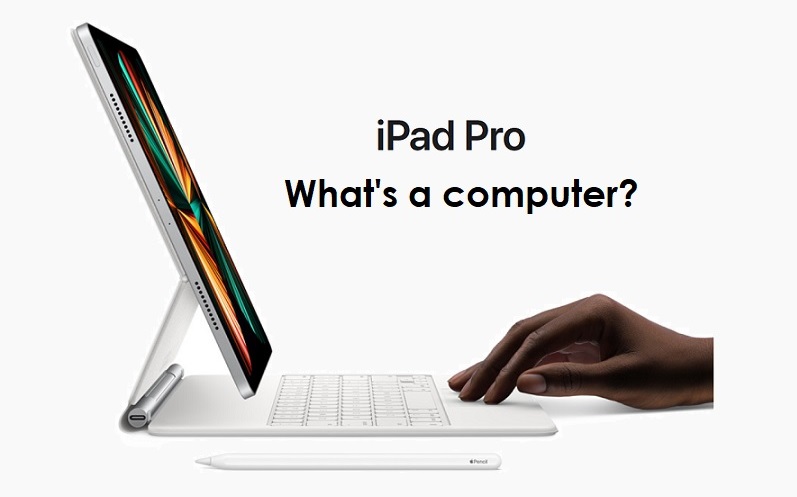 A new analytical report from Canalys states that the PC market in the U.S. grew 17% year on year in Q2 2021, with total shipments of desktops, notebooks, tablets and workstations reaching 36.8 million units.

Notebooks were the best performers, with shipments up 27% year on year, while desktops showed signs of recovery, increasing 23%. Tablets were almost stagnant, with shipments down 1%, as educators move away from them and the surge of consumer shipments due to the pandemic fades.

For the second quarter in a row, HP led the US PC market, with over 8 million devices shipped. HP continued to dominate the Chromebook market too, with a 42% market share in the US.

Apple remained second in the US PC market despite a 3% decline. It was the only major PC vendor to post negative growth. This can be attributed to iPad demand tailing off.

Apple had more success with notebooks, with 24% year-on-year shipment growth, partly due to the success of the M1 chip. 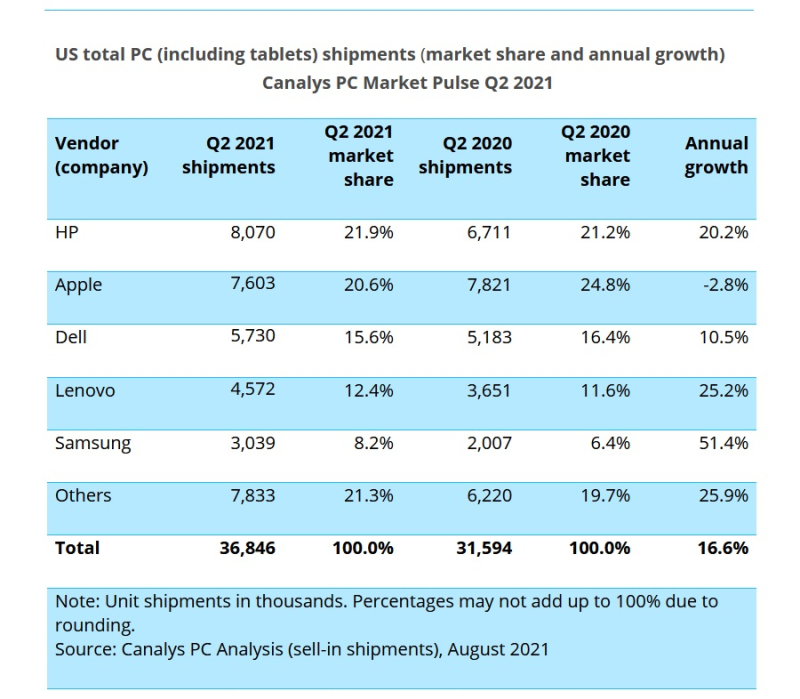 Yet in the bigger picture, the "PC" statistics from Canalys are muddled by mixing traditional PC's (desktops and notebooks) with tablets. Without iPad shipments added to their statistics, Apple would definitely not be in second place.

Don't get me wrong, as it means that HP, Dell, Samsung and Lenovo stats include Windows 10 tablet sales and Apple still beat most. It's just that blurring the line between product categories doesn't do anyone any good. Apple is #1 in tablets but isn't #2 in Macs vs PC's alone. Earlier today we posted a report on only 41% of iPhone owners having a Mac. To get Apple's true PC status in the U.S., we'll have to wait to see IDC's report that doesn't mix in tablets.

Considering that Apple published an ad in 2017 for iPad titled "iPad Pro – What's a computer?" it's ironic that Canalys decided to mix tablets in with PCs to bolster Apple's market position.

You could review the remainder of the Canalys report here.