A Decade after Steve Jobs Passing, a new report takes a Look at Tim Cook's Reign as CEO of Apple 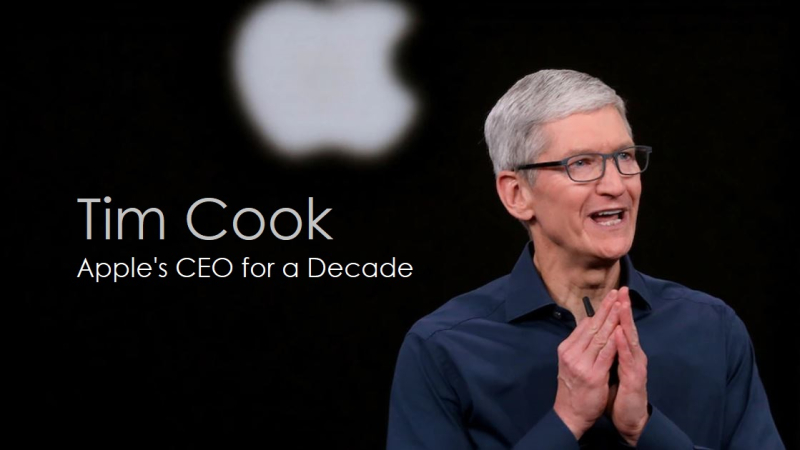 The late Steve Jobs was one of the greatest CEO's of our time. Though for my generation, he was so much more. He was an inspirational force, a rebel with a cause, and definitely one of the "craziest ones" of our time who indeed made a difference in how we use computers and mobile devices in our daily lives today.

Of course, life moves on and Steve Jobs had anointed Tim Cook to be the company's next CEO. Although the outside world wasn't convinced that Cook would make the best CEO for Apple at that point in time, Cook has proven most of his critics wrong.

Tim Cook remembered Jobs telling him to be his own leader, and never to ask the question: "what would Steve do?" He took that advice to heart, building a rigorous operational juggernaut and turning Apple into the most valuable publicly traded company in the world.

A new CNBC report posted today pointed out that "Under Cook, Apple shored up the iPhone business and bolstered it with a constellation of new products that attract new customers and entrench current customers in Apple’s world. Since 2011, the company has released several new products, including the Apple Watch and AirPods.

Cook’s Apple is significantly bigger than it was when he took over, and it also faces new challenges, from navigating politics around the world to the perennial question about what its next big product is.

Ultimately, Apple’s board is happy with Cook and his performance. In September, Apple’s board granted Cook shares and performance-based awards that could give him more than 1 million Apple shares through 2026, his first stock grant since he took over.

Business site CNBC continued their report with Tim Cook’s 10-year report card which covers subject matter such as revenue, stock price and market cap, new products and challenges that you could review here.

Here's to hoping that Apple's CEO will push for new product categories in the years ahead, as refreshing products can get a little stale after a while. Apple's next big thing may very well be entering the mixed reality headset market that will take on Facebook's Oculus line. That could eventually lead to cool smartglasses.

In the end, Apple's CEO told Kara Swisher of the New York Times back in April that he probably wouldn't be around for another decade.  Perhaps we'll have to wait to see if the next CEO has more passion for all-new product categories than Cook did. Though looking back, shareholders couldn't have had a better Apple CEO, anywhere on the planet.