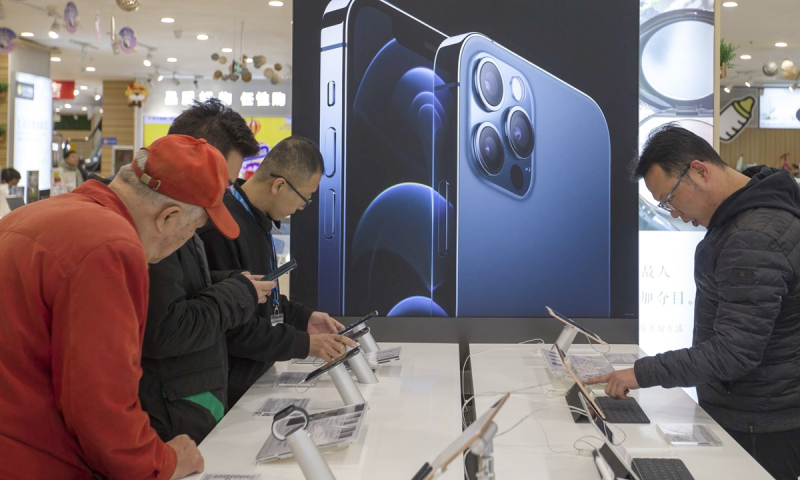 It's being reported today that China’s smartphone sales rebounded during the mid-year  (June 18) shopping festival, rising 7% YoY according to Counterpoint data. The increase came after the world’s biggest smartphone market posted two consecutive monthly YoY declines. However, the market is still left with a mixed picture for the year-end outlook.

vivo took the first spot during the first three weeks of June, making up 23% of the smartphone sales of the top eight OEMs, according to Counterpoint’s smartphone tracker. The second and third spots went to OPPO (21%) and Xiaomi (19%).

This is Apple’s second year of participation in the shopping festival. The company’s sales increased 16% YoY during this edition, taking it to the fourth spot driven by strong promotion activities. The iPhone12, for instance, was being offered by China’s major online retailers at discounts of more than RMB1000 ($155). 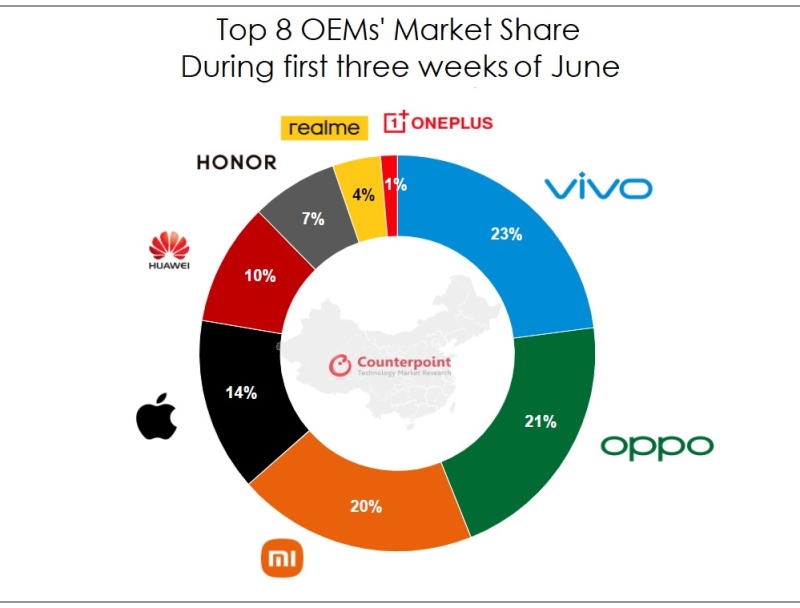 The three biggest smartphone brands have all benefited from the retreat of Huawei and HONOR, which were first and second bestsellers in 2020. The two companies’ smartphone sales plummeted 68% and 49% respectively this year due to the difficulties faced by them in sourcing components. However, HONOR’s performance has improved after separating from Huawei. For more, read the full Counterpoint report. 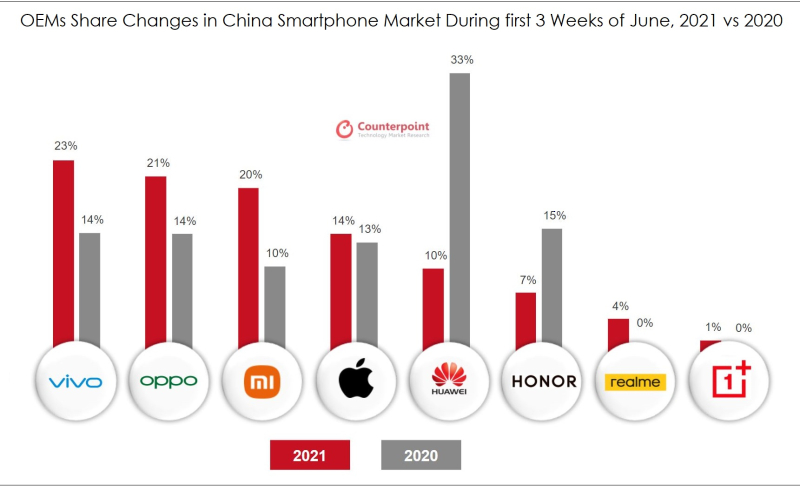 While June was a positive month, the quarter overall was down. Counterpoint didn't provide smartphone stats for April and May and so we're blind as to what Apple's Quarter in China will end up being. Apple's CEO may provide us with more light on this during his opening statement covering Fiscal Q3-21 on July 27th.