Home Archives Contact Us Subscribe Twitter MeWe Facebook Patently Mobile
While Apple and Google employees aren't happy about going back to a standard work week, the law is on the Employer's side
China's Cheap Smartphone Maker Xiaomi knocking Apple out of Second Place in Global Shipments in Calendar Q2-21 is meaningless 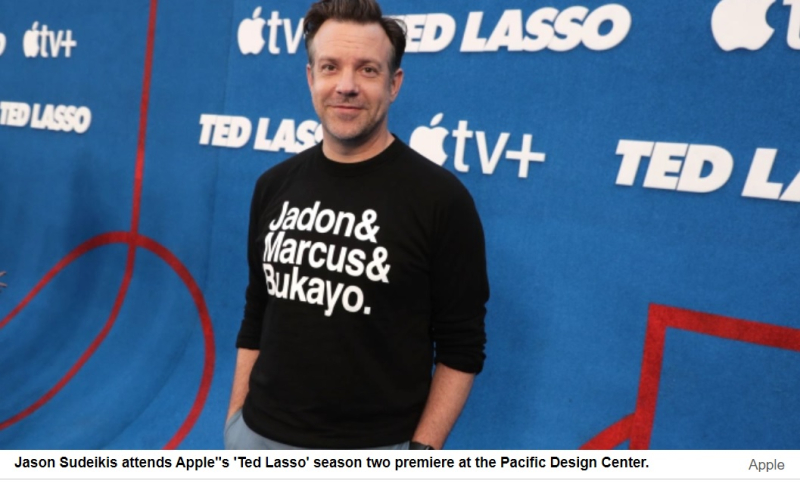 Ahead of the highly anticipated season two premiere of “Ted Lasso,” which recently made history as the most Emmy Award-nominated freshman comedy series, Apple today celebrated the beloved hit series with a special premiere event at the Pacific Design Center in Los Angeles. The cast and creators of the award-winning, 20-time Emmy Award-nominated series attended the event.

Season two of "Ted Lasso" will make its global debut on Apple TV+ on Friday, July 23, with the first episode, followed by one new episode weekly, every Friday. Bingers will be able to watch the entire series beginning on Friday October 8th.

It's being reported by Deadline that "England’s heartbreaking loss to Italy in the final on penalty kicks triggered online racist abuse of the three Black English players who missed their kicks, Bukayo Saka, Jadon Sancho and Marcus Rashford. At the event last night, held on the roof of the Pacific Design Center, Jason Sudeikis  wore a Black sweater with the first names of the three English soccer players as shown in multiple photos in our report. 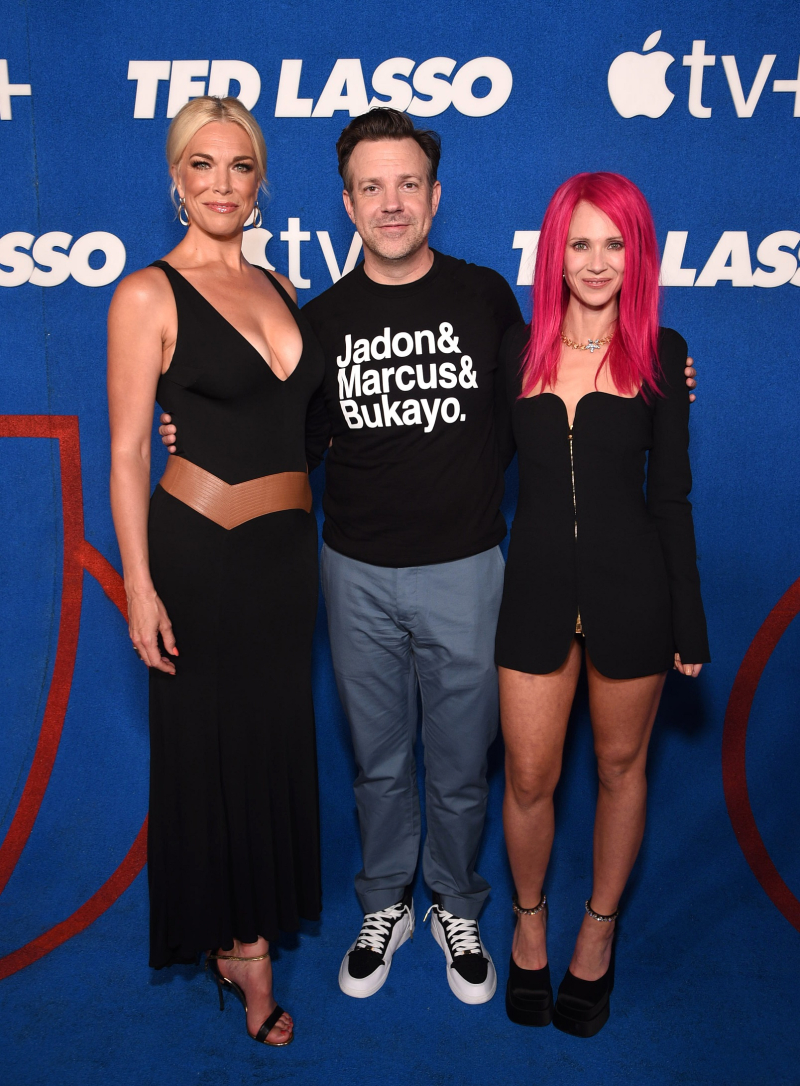 The premiere, which tightened its health protocol at the last minute due to the rising Covid rates in Los Angeles, requiring proof of vaccination and a negative Covid test, also was attended by Tim Cook. It was rare appearance by the Apple CEO at a Hollywood event. 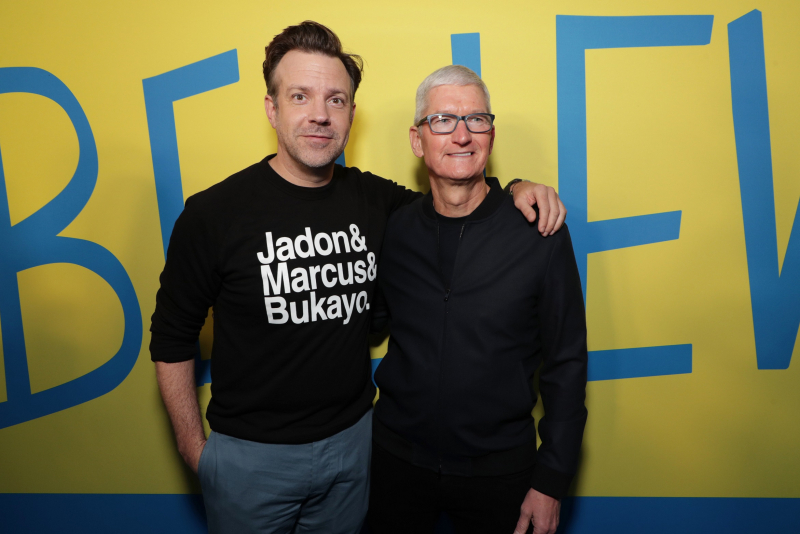 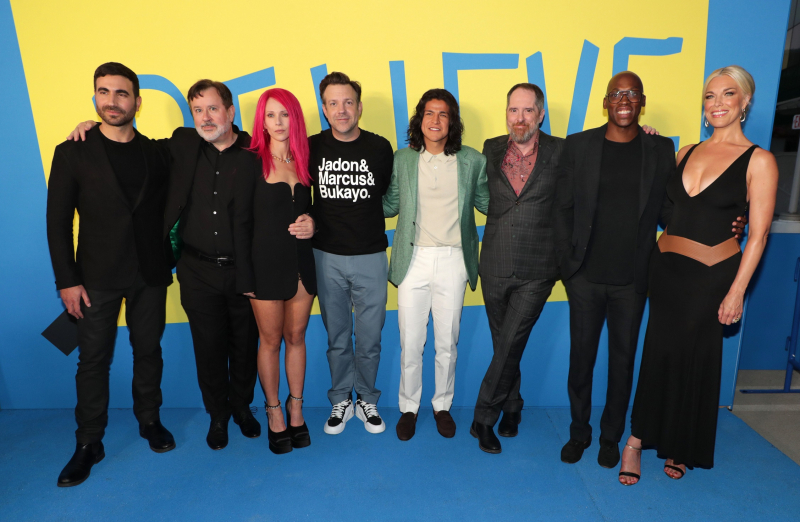