Gartner Publishes Q2-21 PC stats for the U.S. and Global Market with Apple Showing the Highest Growth in both 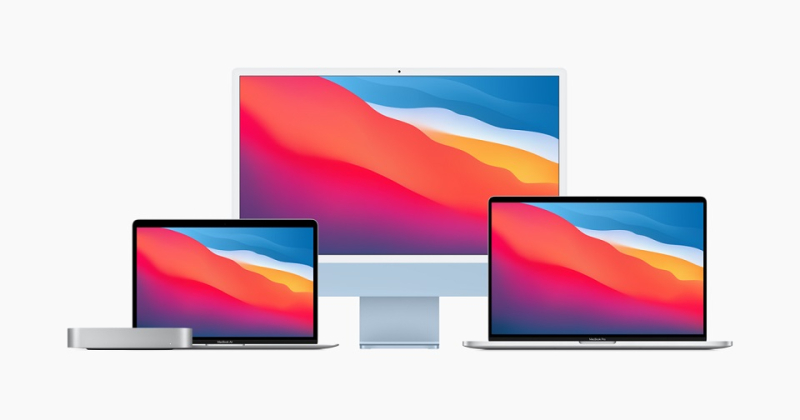 According to one of Gartner's latest reports, the U.S. PC market declined 3.7% in Q2-21. This decline was primarily due to the component shortages, which heavily impacted the enterprise mobile PC market. Mobile PC shipments in the U.S. decreased for the first time in four quarters, dropping 9.5% year over year.

While Apple is shown in Gartner's chart below to have landed solidly in third spot behind HP and Dell, they delivered 4.4% growth in the U.S., the highest of any PC vendor. 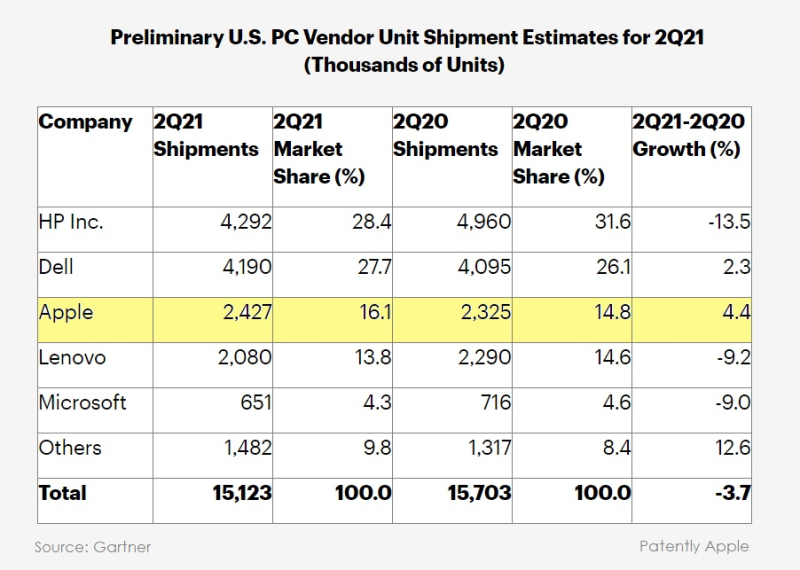 Because Microsoft tablets run "Windows 11," they're counted as PC's and not tablets which skews that Gartner's statistics. It means tablets delivered by all PC vendors count as PC's while Apple's iPad shipments are not granted PC status, even though the iPad Pro delivers more power than most notebooks, let alone tablets.

Earlier today Patently Apple posted a report titled "IDC reports that PC Shipments continued to be strong in Q2-21 with Apple coming in Fourth Spot." Now Gartner has published it's statistics wherein Apple is solidly shown to be in fourth Spot and Acer Group is clearly in fifth spot as presented in the chart below.

IDC saw global PC shipments up 13.2% for Q2-21 whereas Gartner's stats shows growth at only 4.6%. Why the large discrepancy in outcomes? It comes down to how Gartner calculates what a PC is. Gartner's statistics count tablets running Windows 11 as PCs but doesn't count the iPad Pro running iPadOS or any Chromebooks as PCs. 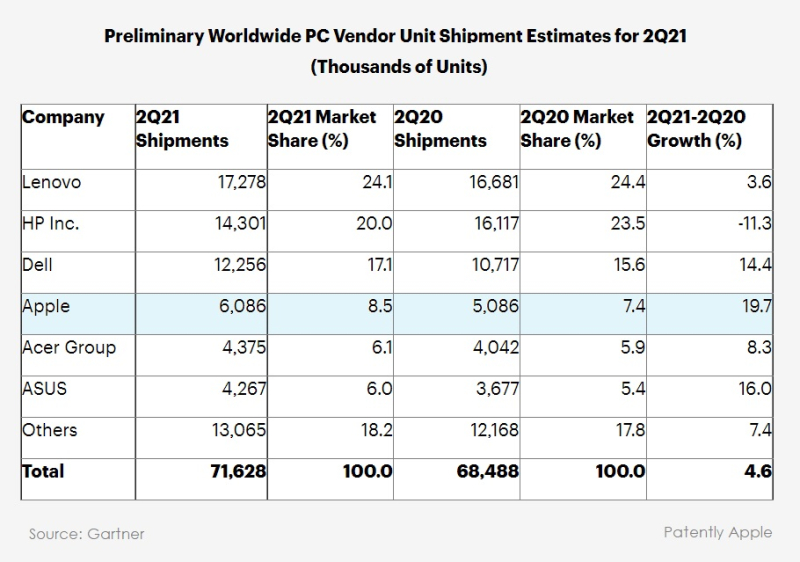 Once again, Apple delivered the highest PC growth in Q2-21 Globally over any other PC vendor at 19.7% Year-over-Year.

For the breakdown of the numbers per vendor, read the full Gartner report.