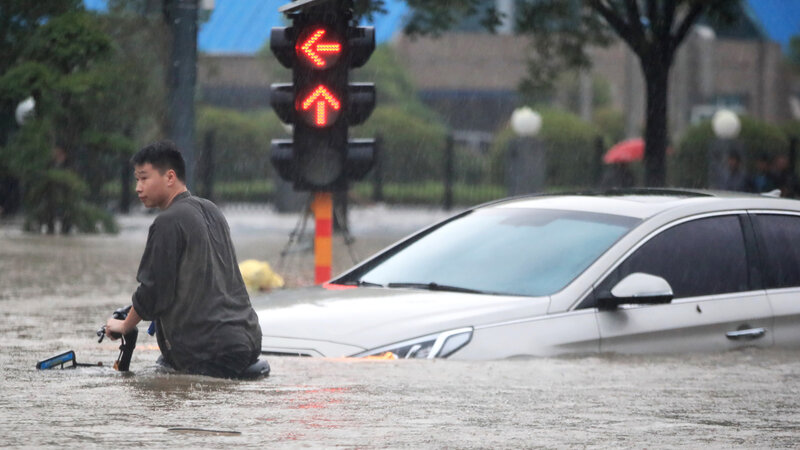 Contrary to most early reports on the flooding in Henan Province in China not affecting Foxconn's plant on Wednesday, Patently Apple reported that Foxconn workers were given the day off due to the flooding in the Zhongmu plant in the Zhengzhou Export Processing Zone. We're now learning that Foxconn plant workers are now on their third day off work.

A machine operator told Chinese media Jiemian on Friday that much of the equipment in the plant was still underwater.

Record rainfall in Henan, which lead to the deaths of at least 33 people and displaced more than 3 million, has forced Foxconn to put workers on leave at one of its factories in Zhengzhou, the capital of the province, according to employees at the plant.

'The floods will have an impact on Foxconn’s production, but it might be limited if the situation in Zhengzhou gets better,' said Ethan Qi, senior analyst at Counterpoint Research.'"

The report further noted that "Before the floods, the Taipei-based company was expected to start mass production of the next generation iPhone later this month to meet Apple’s target of 90 million units available at launch, 15 million more than for models in previous years.

In addition to Foxconn, Apple has other suppliers with assembly plants in China including Luxshare Precision Industry and Pegatron.

One employment agency said that 'There will be a lot of overtime work,'" once Foxconn is back up. Read the full SCMP report for more details.

Apple's CEO Tim Cook is likely to mention the flooding in Henan on Tuesday during his opening statement when Apple reports on their financial results for fiscal Q3 2021. Cook is likely to downplay the matter and put things into perspective for investors.