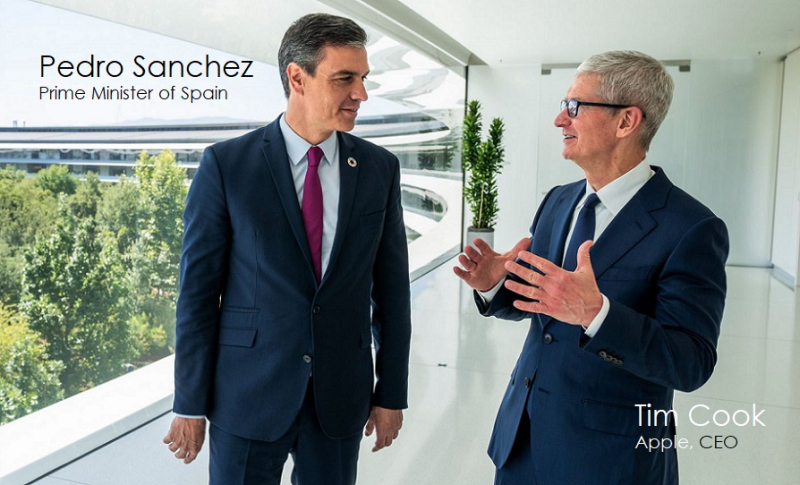 Yesterday afternoon Prime Minister Pedro Sanchez said that he’s expecting Apple Inc. to ramp up investments in Spain after meeting with CEO Tim Cook at the company’s headquarters on Friday, according to Bloomberg.

The report noted that Sanchez was wrapping up a four-day tour of the U.S. on the West Coast and specifically stated: "We expect to have an increased investment of Apple in Spain in the coming years. We have this huge bet in converting Spain into a European audiovisual hub," – which highlights the potential for Apple’s TV business.

The BNN Bloomberg report noted that beyond owning 11 retail stores, Apple says it has spent about 1.5 billion euros ($1.8 billion) with suppliers in Spain over the past five years, contributing to the creation of more than 70,000 jobs directly and indirectly.

Below is a snippet from Bloomberg TV regarding Prime Minister Sanchez's comments on Apple.

You could review the full interview on Bloomberg Television here.

Today, I met with @tim_cook in Cupertino. Spain knows that the digital transformation is a priority and our #RecoveryPlan offers us a unique opportunity to take on this challenge. There is no better time for tech giants like Apple to invest in our country. pic.twitter.com/e1qyf4wPu9 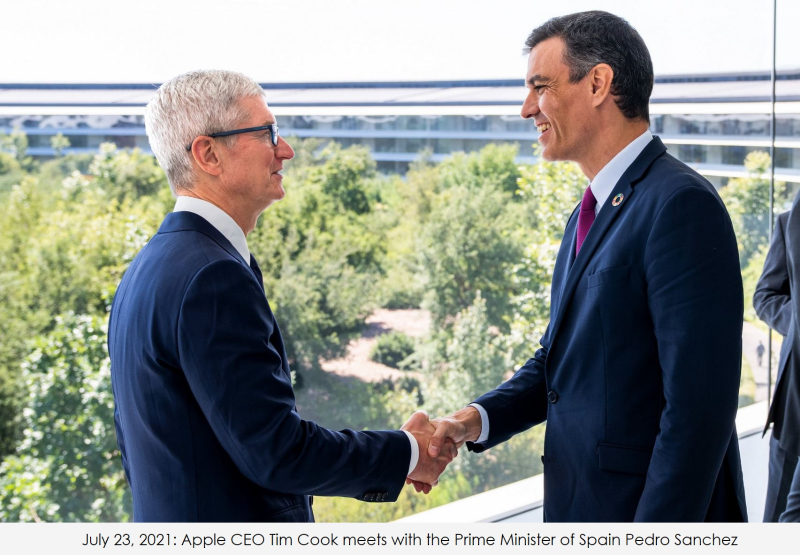