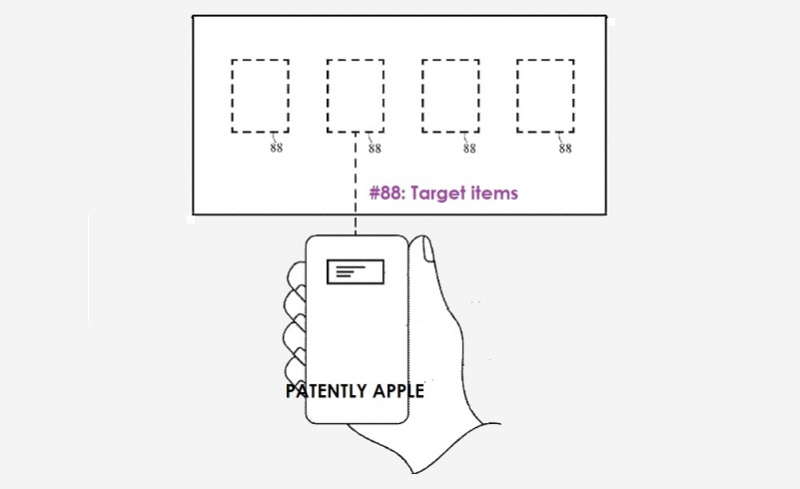 On June 29th Patently Apple posted an IP report titled "Apple won 46 Patents today covering their Ultra-Wideband AirTag System, an iDevice Recycling System, AirPower & more." The focus of one of Apple's key granted patents was AirTag and how it could guide a user with an iPhone to find a device using an arrow UI system as presented below. 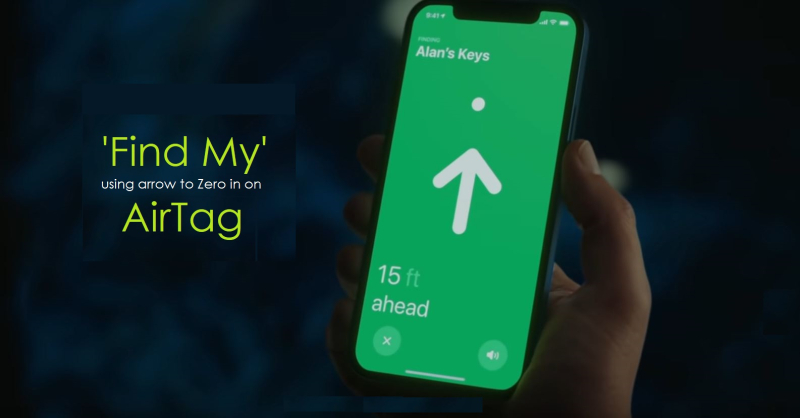 Over the weekend I discovered a granted patent in Europe that was a patent granted to Apple on June 22 in the U.S. that I didn't report on at the time. What I found interesting about this patent was that the very same engineers that worked on and delivered Apple's AirTag system were also behind another granted patent published a week earlier that took the same ultra-wideband technology to whole new range of possible future applications.

One of the more interesting applications appeared to allow an input device (an iPhone or future Apple TV remote and allow users to accurately point a specific element on the screen without having to scroll to the element, like a particular movie or Apple TV+ series as noted in patent FIG. Apple notes: "If desired, location and orientation information may be used to perform remote control functions. As shown in FIGS. 14 and 15 below, for example, the control circuitry may detect whether an electronic device (iPhone or remote) is pointed at a first electronic device such as a stereo system (#132, possibly HomePod mini) or a second electronic device such as a television (#134). 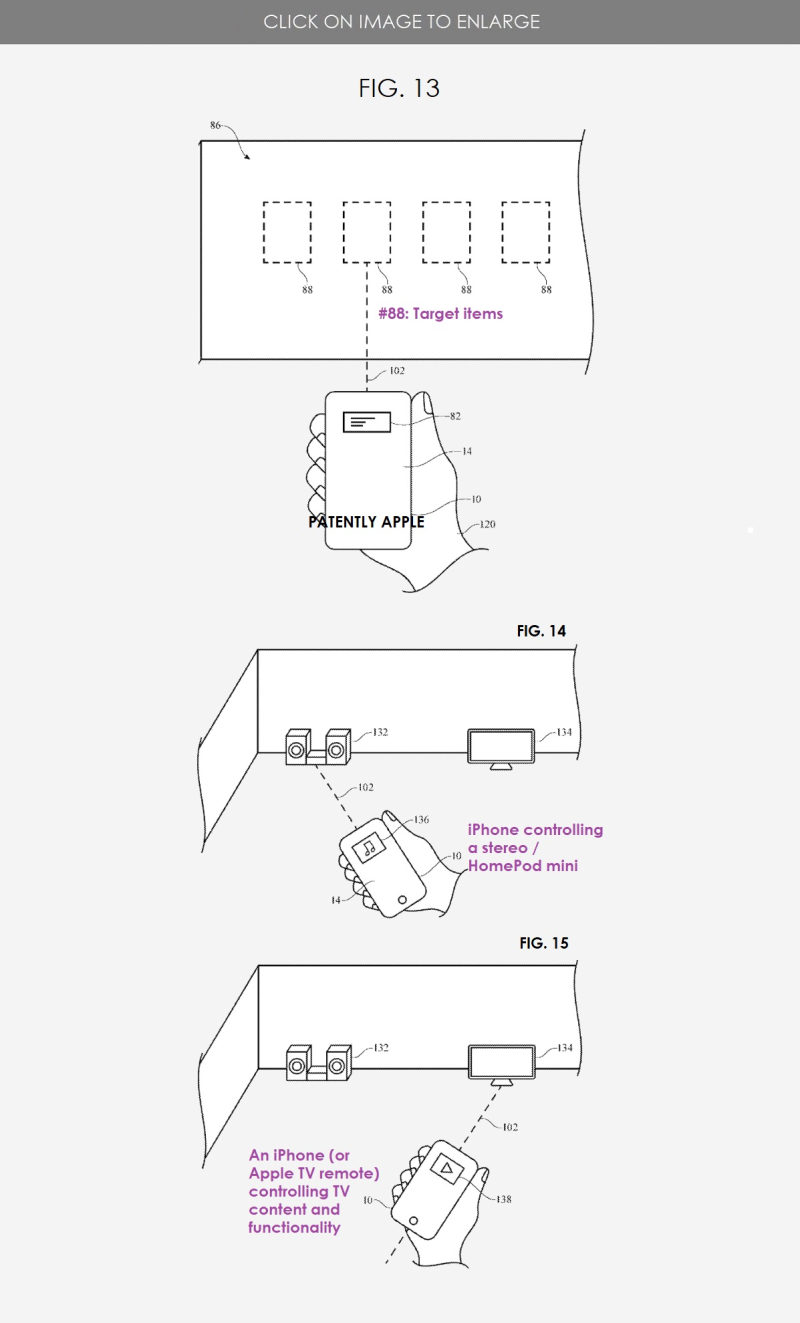 The technology could also be used with HomeKit to control a wide range of in-home devices from door locks to security cameras, air conditioning and the like.

While the patent is a little unwieldy, it just goes to prove that Apple's use of Ultra-Wideband technology will go far beyond just AirTag in the future.

To dive into the depths of this invention, review granted patent 11,044,405 that was originally published on June 22, 2021 by the U.S. Patent Office and in European patent office here.