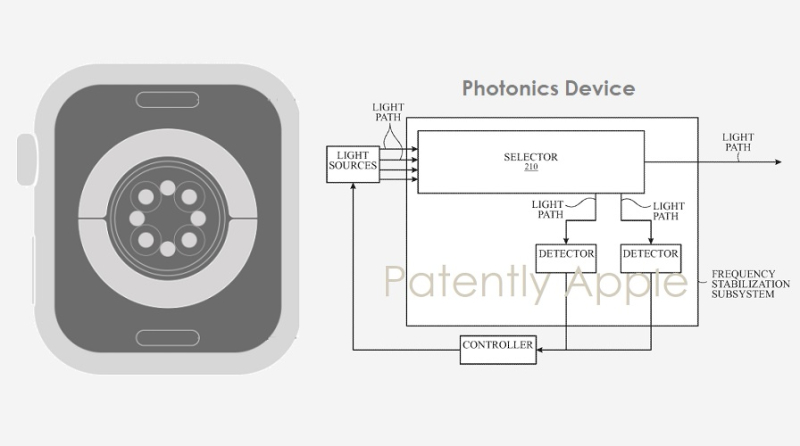 Today the U.S. Patent and Trademark Office officially granted Apple a patent that relates to an integrated photonics device. Apple is working with a UK Photonics company that supplies specialized components for the smartwatch market. One medical network publication believes that Apple is working with this UK company on a blood glucose solution.

The Medical Device Network posted a report back in late May 2021 titled "Wearables and health tracking: Photonics could reinvent the Apple Watch." The report noted that "Rockley Photonics is thought to be developing technology that could allow the Apple Watch to non-invasively track blood glucose levels."

The report further noted that "Apple was recently revealed to be a key customer of UK tech start-up Rockley Photonics, which announced a $1.2bn listing on the New York Stock Exchange via a special purpose acquisition company (SPAC) last month. Apple began purchasing products from Rockley in 2017, and is now its largest customer, having committed $70m in R&D funding for Rockley’s projects to date.

Rockley plans to go public through its SPAC merger with SC Health Corp. In an SEC filing last month, Rockley stated that Apple was the largest of six companies it has entered into contracts with or engaged with. All Rockley Photonics customers are developing smartwatches like the Apple Watch or medical devices that carry out advanced biomarker detection for chronic diseases.

Rockley designs silicon photonic sensors for monitoring a person’s blood using infrared light. The company describes its technology as 'significantly more accurate' than LED sensors commonly used in smart wearables. The sensors are designed to continuously, non-invasively monitor biomarkers which can usually only be tracked using specialized medical equipment, such as blood glucose and hydration levels."

The patent is highly technical one that engineers will appreciate as it focuses solely on the technical aspects of the device. The patent never reveals any particular Apple device nor it's possible use in Apple Watch for a medical application such a blood glucose. It's only due of Rockley's stock exchange filing that we know that Apple has been working with them on photonics to be used in a medical application.

Apple's patent FIG. 2 below illustrates a block diagram of a portion of an example integrated photonics device including a frequency stabilization subsystem, which can include a selector that combines multiple input light paths and outputs a selected light path; FIG. 5A illustrates a block diagram of an example frequency stabilization subsystems including an arrayed waveguide grating and multiple detectors. 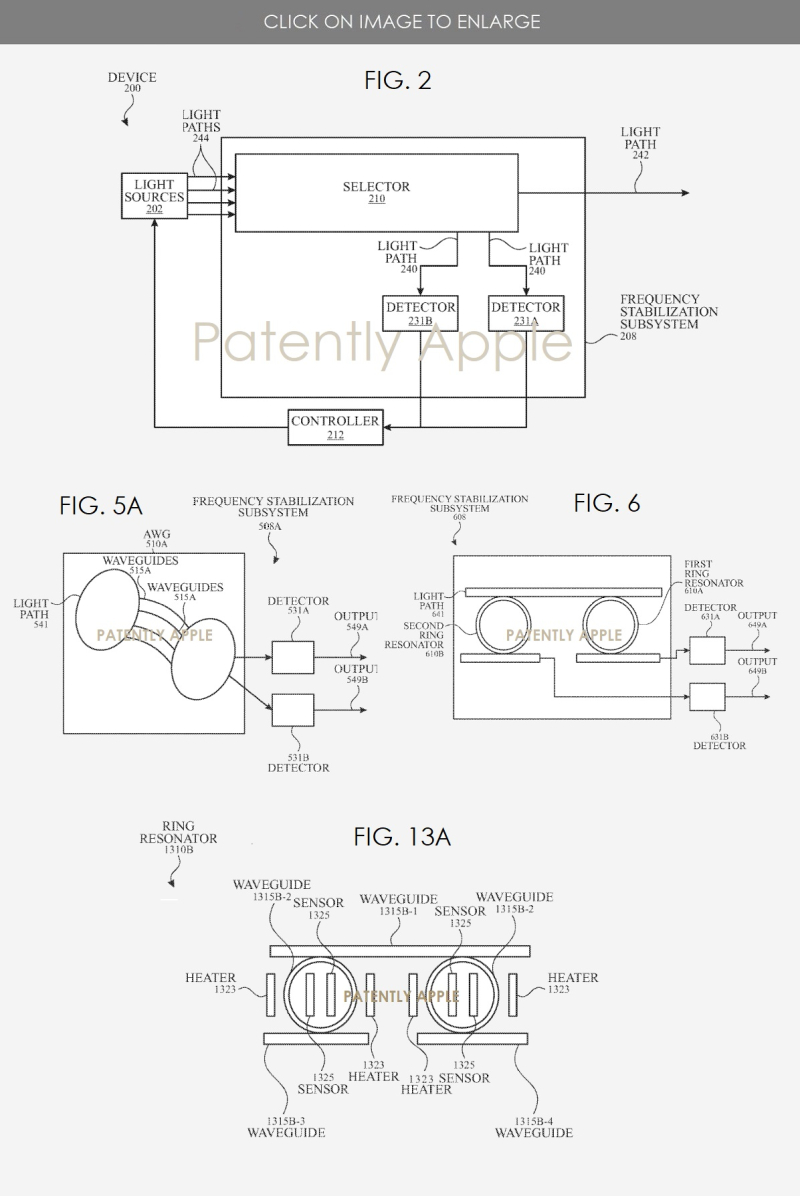 In August 2018 Patently Apple posted a patent report titled " One of the patents that the 'Secret Apple Team' was working on for Diabetes Testing for Apple Watch Surfaces." The patent that dates back to 2015 covers "a non-invasive method of measuring things like glucose via Absorption spectroscopy."

A rumor report by Mark Gurman last month suggested that it will take a few more years before a blood glucose sensor will be integrated into an Apple Watch.