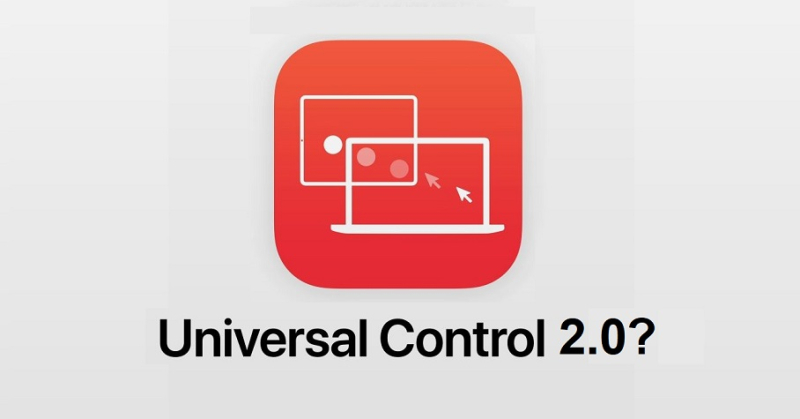 At WWDC-21 Apple introduced 'Universal Control,' for macOS which received a lot of buzz. Craig Federighi, Apple's SVP of Software Engineering, introduced it by stating: "This year, we've created a completely new way to work across your devices with greater precision and speed, and we call it – Universal Control." Below is a brief clip from the WWDC-21event video regarding this upcoming feature for macOS.

Today the U.S. Patent and Trademark Office officially granted Apple a patent that's titled "Direct input from a remote device" that's like Universal Control, if not version 2.0. that's in-the-works. It will allow a user to make annotations on an iPad that works directly into your document on your Mac without having to use messaging or email to receive that annotation. The Mac and iPad will work seamlessly together as if it's a single device using new editor option in the editing app.

Another example provided outlines giving your iMac app editor permission to use your iPhone in a Universal Control like situation where the user could take a photo that could directly enter your desktop editor instantly without having to email your desktop and going through the whole process of extracting and drag and dropping an image from you iPhone. It's just seamless like Federighi showed drooping files from an iPad to a MacBook to an iMac fluidly.

Apple describes it this way in their granted patent: "In some cases, the device on which the application is running may not be the device most suited to generating or inputting the desired data or content. For example, if a user is writing a report on juggling, using a content-editor application such as a word processor application or a presentation editor application running on the user's desktop computer, the user may desire to capture an image of a set of juggling balls near the user's desktop for insertion into the report. Although the desktop computer may have a camera (e.g., for video conferencing), it can be unwieldy or impossible to lift and turn the desktop computer to capture the image of the juggling balls.

Apple notes: "This process can be time-consuming, inefficient, and disruptive to the workflow of preparing a report, and fails to leverage the processing and component power of all of the devices in a system."

Apple's patent goes on to explain on many levels how their new invention will do away with the old ways of sharing information when creating a document by allowing one or more devices to work directly together using a special option in a drop-down menu allowing a secondary device to work with the primary device as if they were a single device. Lawyers, creators, publishers/bloggers are going to find this a very powerful new tool whenever it arrives on macOS. 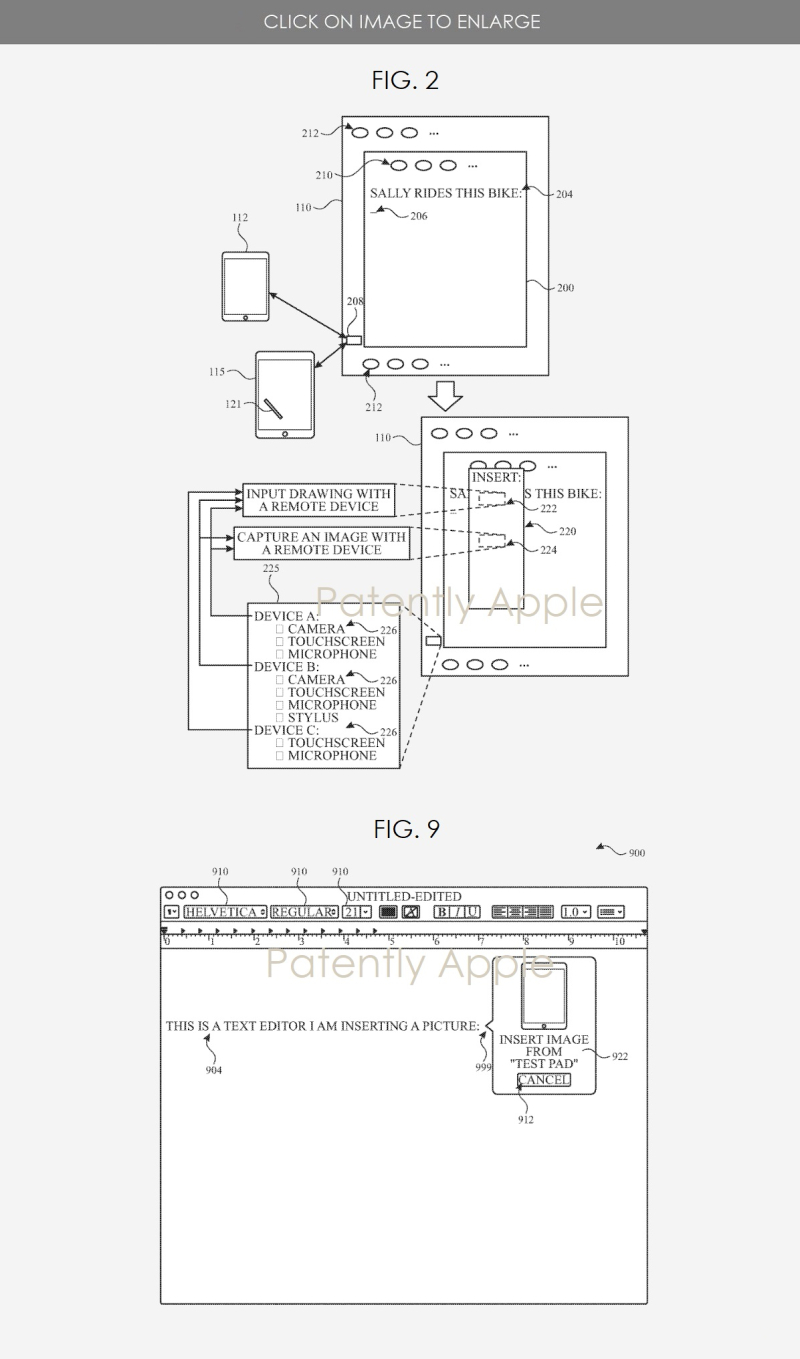 Apple's patent FIG. 5 below illustrates a flow diagram of an example process for obtaining input for a content-editor application from a remote device. 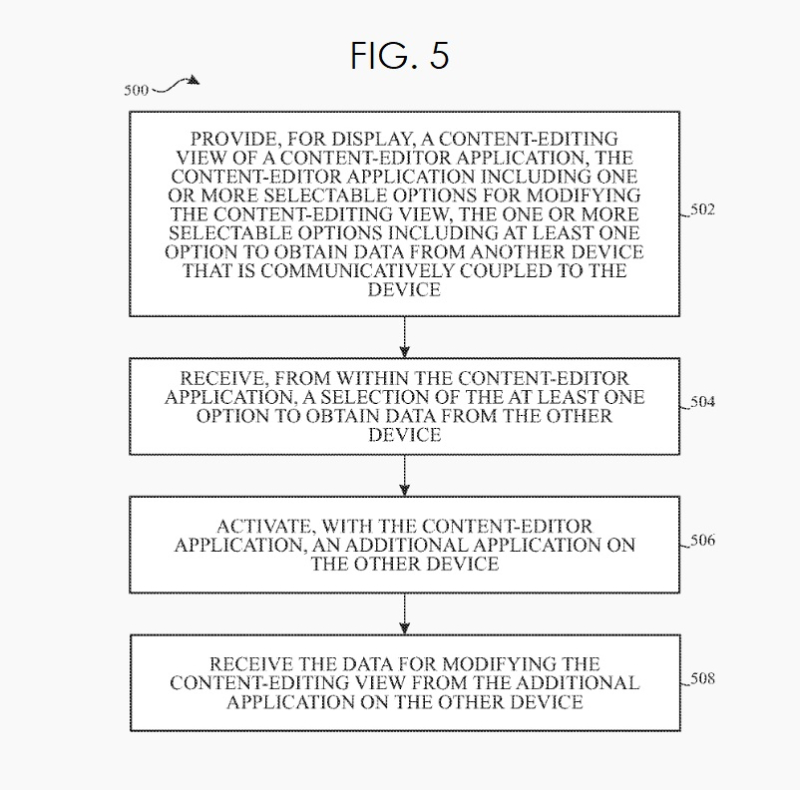 While it was great to learn about Universal Control during the WWDC-21 keynote, this next-phase sounds even cooler. For more details, review Apple's granted patent 11,061,744.