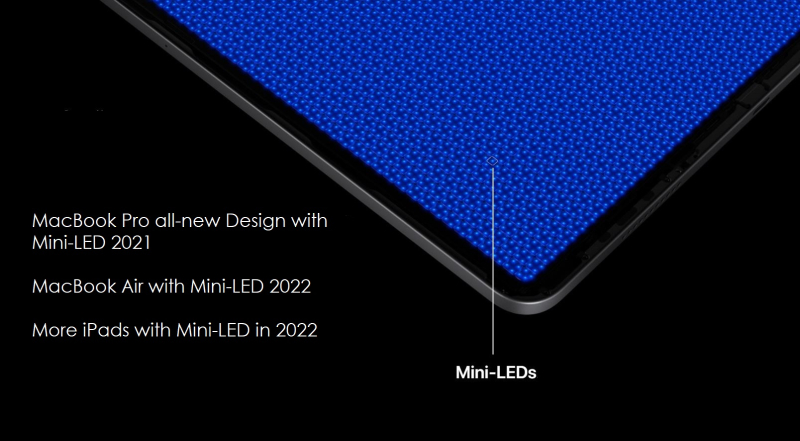 Tianfeng International Securities analyst Ming-Chi Kuo’s latest report today states that Luxshare will be the biggest winner among the four new Apple mini LED suppliers with 45-50% of the orders. Supplier SMT will receive 15-25%.

Kuo believes that the average selling price of mini LED SMT is expected to be significantly reduced due to Luxshare’s entry, and it is predicted that the cost of mini LED SMT can be reduced by more than 30-50% within one to two years, which is beneficial to Apple’s promotion of mini LED devices.

Apple’s new Mini LED Suppliers will start mass production from the second half of this year to next year.

Other points made in Kuo's latest TF International Securities report Include the following: Tianfeng Securities