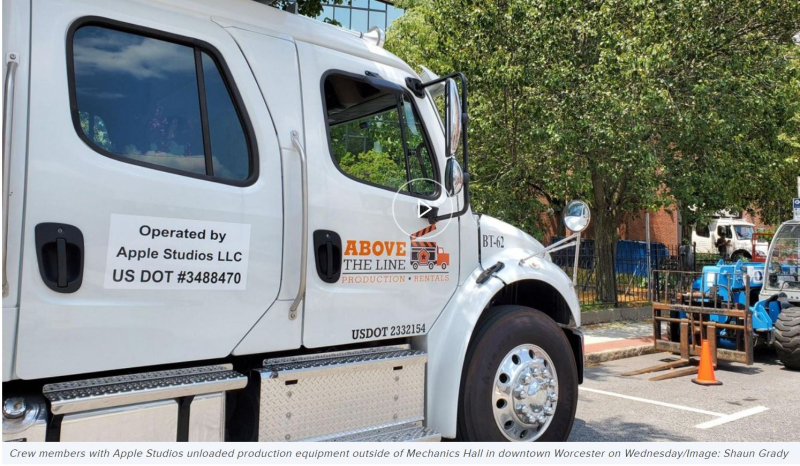 Film crew members with Apple Studios unloaded equipment behind Mechanics Hall in Worcester Massachusetts on Wednesday as they prepared for filming to begin on "Spirited," a musical rendition of the Charles Dickens’ classic “A Christmas Carol,” starring Ryan Reynolds and Will Ferrell.

Crew members told Spectrum News 1, crews will be at Mechanics Hall for at least the remainder of the month and Waldo Street -- which runs between Foster and Exchange Streets -- will be closed through the rest of July.

According to IMDB.com, “Spirited” (listed on the site as “Christmas Carol”) is “A musical version of the classic Christmas story by Charles Dickens. A miserly man who treats everyone around him with terrible selfishness finds himself on a fantastical adventure into the three phases of time: past, present, and future, in order to discover how he ended up so miserable and alone.”

"Spirited” will also be filmed in Braintree, according to IMDB. The movie is filming under the code name "Chili."

The movie will mark the second AppleTV+ production in Worcester, as the 2020 mini-series “Defending Jacob” starring Chris Evans also filmed scenes in Worcester. For more on this, read the full Spectrum News 1 report.