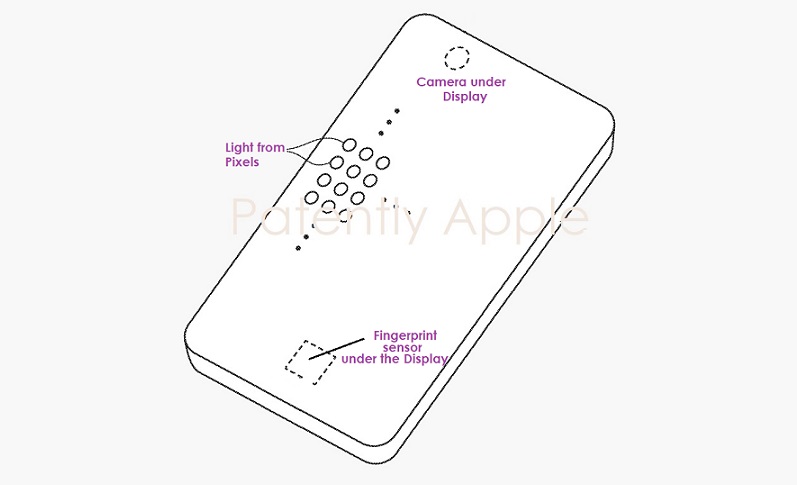 Apple's granted patent describes systems, devices, methods, and apparatus in which micro-optic elements (e.g., micro-lenses or gradient-index (GRIN) lenses) are formed on (or abutted to) the back surface of a display stack.

In some cases, multiple optical sensors may be provided under a device's display, and may be used to perform the same or different functions. An under-display optical sensor may be used, for example, as a proximity sensor (or ranging sensor), an ambient light sensor, a fingerprint sensor, a camera (2D or 3D), a wireless communicator or controller, a time-of-flight (ToF) sensor (e.g., a short pulse optical source and a single-photon avalanche-diode (SPAD) detector or SPAD array), and so on.

Apple's patent FIGS. 1A & 1B below show an example embodiment of a device having a display. In some embodiments, one or more micro-optic elements may be formed on (or abutted to) a back surface #122 of the display stack, under the display #104.

As shown primarily in FIG. 1A, the iPhone (device #100) may include various other components. In some cases, a front-facing camera (#110), alone or in combination with other sensors, may be configured to operate as a bio-authentication or facial recognition sensor. 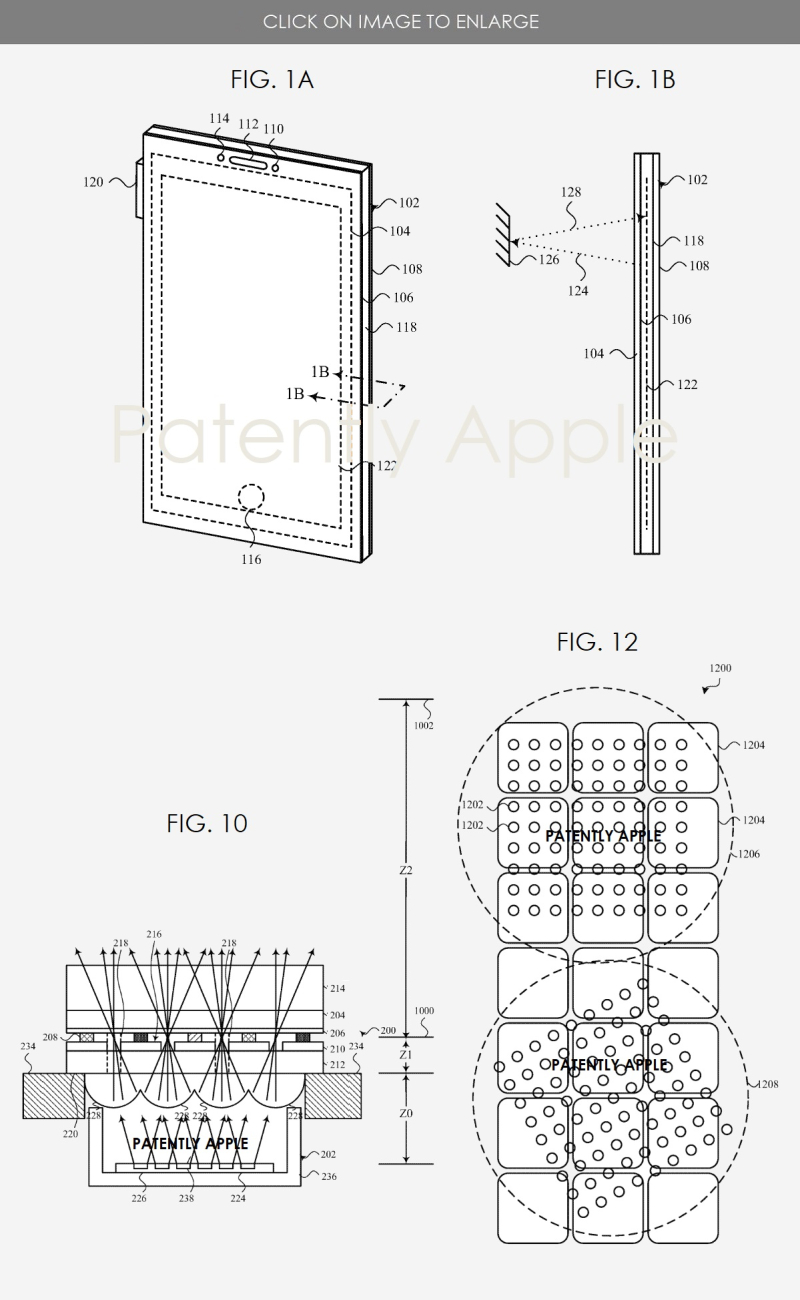 Apple was granted a second patent today on the same subject matter titled "Electronic device with display apertures." Apple states that "the display may have an array of apertures that allow light to pass to a light-sensitive fingerprint sensor under the display." 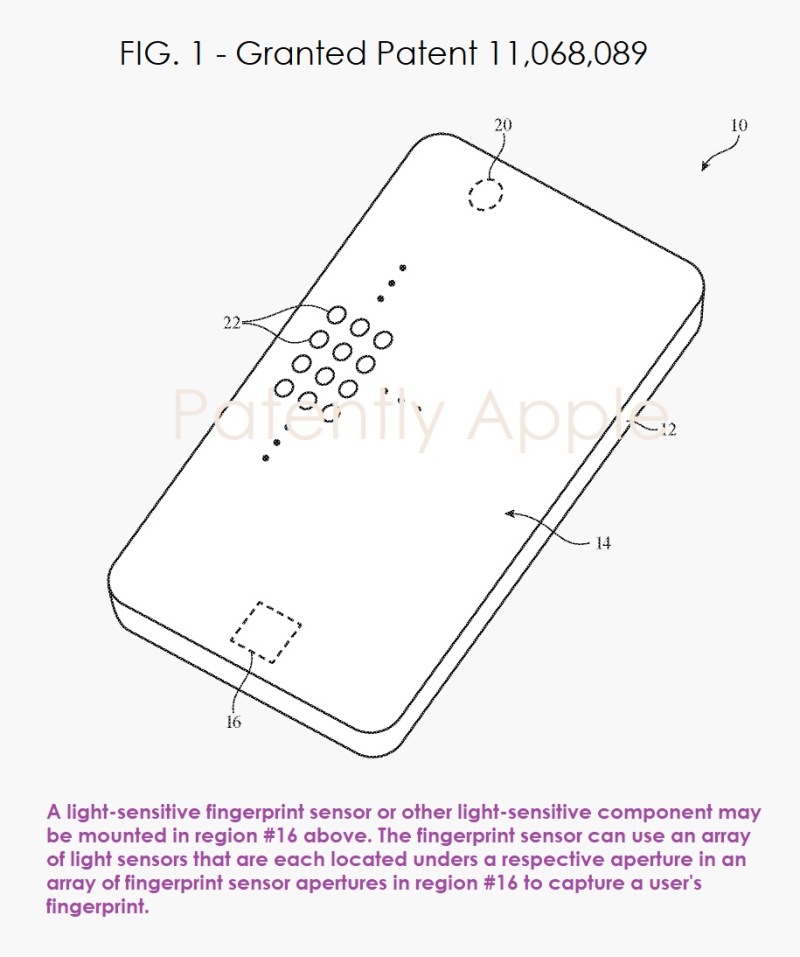