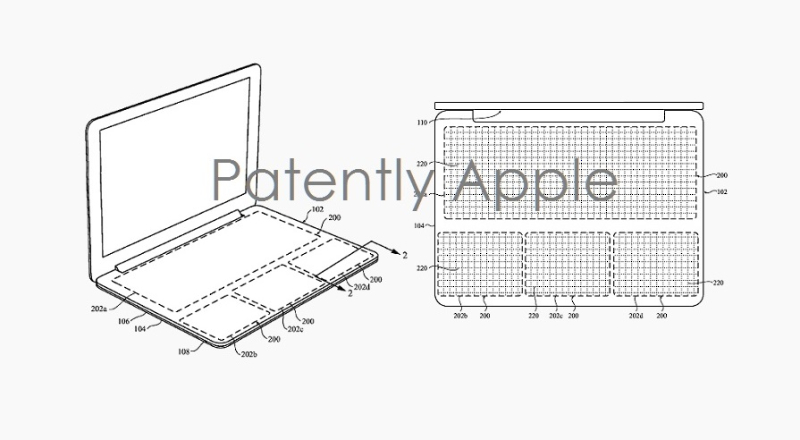 Apple has been working on a MacBook with a reconfigurable surface for over a decade. Patently Apple covered Apple's first patent on this back in 2011. The filing was actually made in December 2010. A major new patent application on this concept was covered by us in May 2020. Today, the U.S. Patent and Trademark Office published a patent from Apple that reveals their ongoing work and refinement of the reconfigurable MacBook that basically eliminates the physical keyboard and rigidly set trackpad.

According to the patent, the user would be free to configure the interface of their MacBook to work for them, be it adding a numeric pad or a giant gamepad and place them anywhere on the MacBook surface grid as noted in our cover graphic.

This possible future MacBook has the power to reinvent the notebook, just as Apple did by killing the traditional mobile phone that was riddled with physical buttons and replaced with a multitouch display. 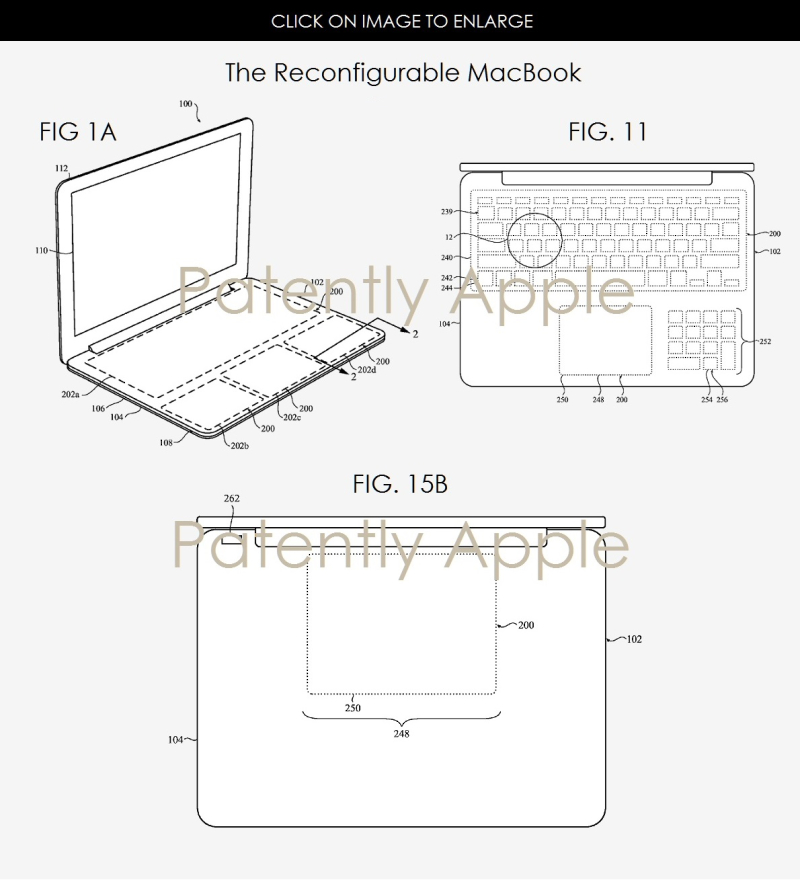 Patent Claim #5: "The input structure of claim 1, further comprising substantially rigid supports extending from the rigid base layer to the metal contact layer."