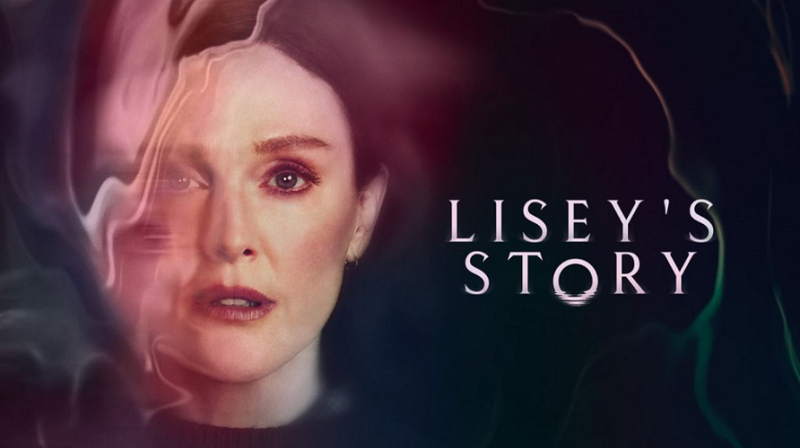 Stephen King's limited 8-part series titled "Lisey's Story" debuting on Apple TV+ tomorrow was negatively reviewed by NBC that describes it as "utterly overstuffed" and dragged out. Considering that Apple will make Apple TV+ fans wait to watch episodes over a series of weeks will only make this experience worse.

NBC wrote: "'Lisey’s Story' may be one of Stephen King’s best novels — but that’s exactly why it may be better for fans to wait for a better adaptation than they’ll find on Apple TV+ starting June 4. The results of the adaptation are, like other King-helmed works, deeply uneven, making it yet another 'could have been' for Apple, which is still seeking a breakout drama series." Ouch!

On the good side, NBC noted that "As Lisey, Moore brings a grounded presence that’s desperately needed in the deeply fantastical series. As Scott, Owen is mostly relegated to Lisey’s mind, but the scenes are constructed in such a way that his co-star billing is warranted. And, Jennifer Jason Leigh, who plays Lisey’s other sister, Darla (the one not caught up in this 'Boo’ya Moon' business), is also a delightful counterpoint to some of the more irrationally outlandish proceedings.

Plus, with its deep pockets (and promise of a mass audience), Apple clearly went all out with this beyond its A-list cast. For one, it has sumptuous visuals under the direction of Pablo Larraín (best known for the Academy Award nominee 'Jackie'). The series also artfully captures the sense of grief unmooring a person from the rest of society by putting Lisey adrift in time, with scenes from the past and present bleeding into each other. (One wishes every King adaptation felt this unsettling and disconnected from the banalities of the real world.)

Apple, of course, additionally decided to have the master of horror himself write the screenplays for all eight episodes. But therein also lies the series’ greatest weakness. King is a prolific writer of hit novels — a completely different format than screenwriting — and just because a person is a master of one does not necessarily mean they are a master of both.

That the series is eight episodes doesn’t help either: One gets the sense that, if King had been given the hard cutoff of a two-hour big-screen film, he might have been forced to curb himself. Instead, having been given so much space, the resulting limited series is somehow both utterly overstuffed and yet feels like it drags."

As a parting shot, NBC noted that "There are two types of streaming episodic television available. One is the type that works better when binged all at once, because the 'episodes' are like chapters of a novel that require the one both before and after to sustain your attention; the other works when released episodically because they are built like novellas in a longer series and stand alone, week by week. Apple TV+ tends to produce series of the chapter format but then does weekly releases — including with 'Lisey’s Story' — which wind up a disservice to the show and the audience." This is a point that I've been making for months, including a report posted yesterday.