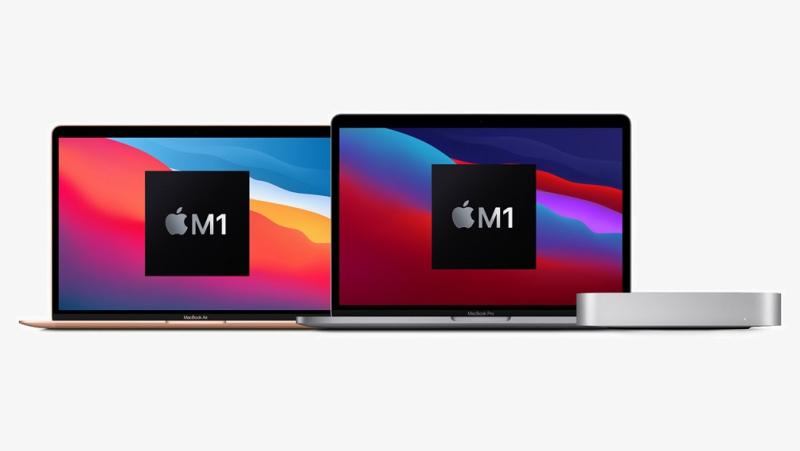 A new report by Canalys claims that the PC market in the United States grew 73% year on year in Q1 2021, with total shipments of desktops, notebooks, tablets and workstations exceeding 34 million units. Notebooks and tablets led the way with impressive growth, while desktops lagged amid weak demand during the pandemic. Notebook shipments grew by 131% year on year, driven by order backlogs and continued demand to support remote work and education. Meanwhile tablets performed well, with 52% growth and 11 million units shipped as demand spilled over from the Q4 holiday period. 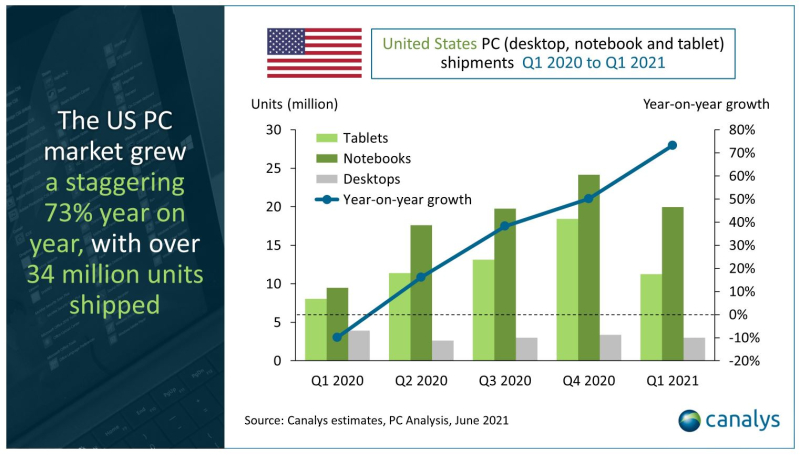 Canalys Research Analyst Brian Lynch: "The PC industry recorded incredible shipment numbers in Q1 2021, though some of this growth can be attributed to the industrywide struggles seen in Q1 2020. Even so, Q1 2021 still rates as one of the best first quarters the industry has ever seen. Vendors have prioritized fulfilling US backlogs before supply issues are addressed in other parts of the world."

The Canalys report oddly clumped tablets in the with notebooks and desktops making it difficult to assess the true performance of PC shipments alone. With Apple being the runaway leader in tablets with their iPad line-up, mashing in tablets with traditional PCs provides us with an odd statistic allowing HP to emerge the top performer due to cheap Chromebooks. 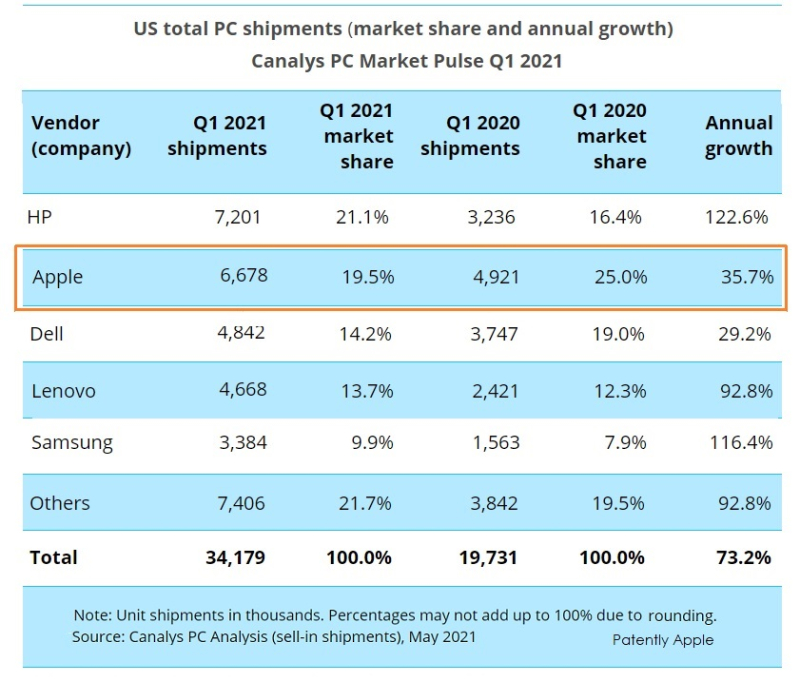 By adding in cheap Chromebooks, as the chart below presents, it's clear that a large portion of HP's growth came from this low-margin segment of the market where Apple doesn't participate in. 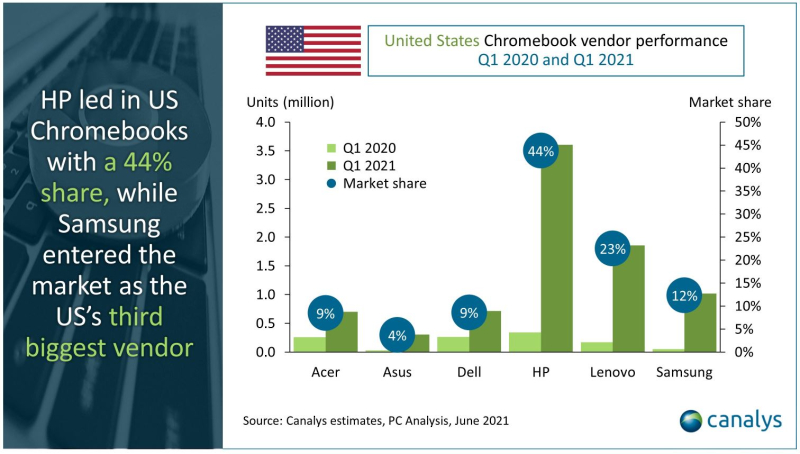 During Apple's Fiscal Q2-21 conference call, Apple's CEO made comment on the state of Mac during the Quarter as follows:

"As has been the case throughout the pandemic, iPad and Mac continue to be critically important tools for our customers. Over the past year, tens of millions of iPads and Macs have been deployed to help students learn creators create and to enhance remote work in all of its forms. This has helped iPad grow very strong double digits to its highest March quarter revenue in nearly a decade.

On Mac, fueled by the M1, we set an all-time revenue record, continuing the momentum for the product category. In fact, the last three quarters for Mac have been its three best quarters ever. Last week, both iPad and Mac took a big step forward. We debuted a radically redesigned brand new iMac designed around in one's unmatched capabilities. And we've brought in one to iPad for the first time in a new iPad Pro with 5G capability and a liquid retina XDR display."

Other related reports in this quarter include:

02: Apple's PC Shipment Growth in India for Calendar Q1 2021 was nothing shy of Mind-Boggling