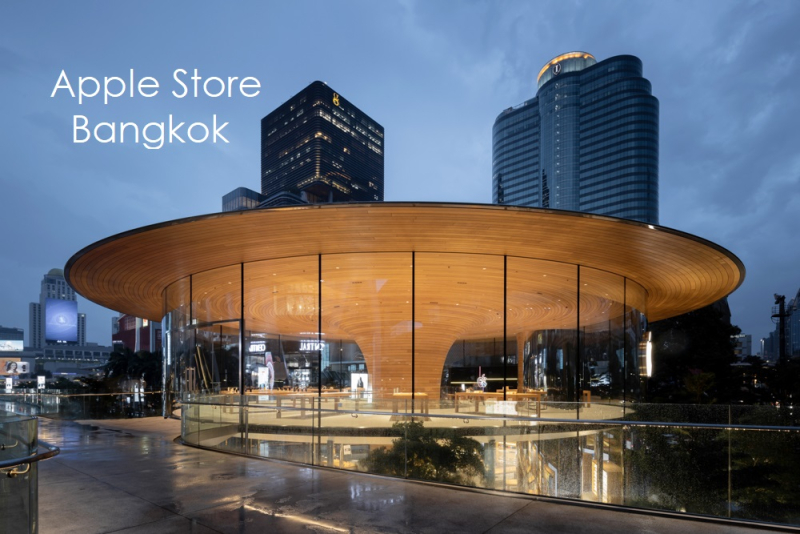 In Q1-21 Thailand's smartphone market increased 70.9% year-over-year and 34.2% quarter-over-quarter, according to a new IDC report published today. This broke the seasonal trend when the first quarter usually shows a QoQ drop.

On top of the strong carry-over demand from 4Q20 when vendors faced supply shortages, there was also new demand as users looked to buy a new smartphone or upgrade their old smartphones to receive the COVID-19 stimulus package through the "Pao Tung" application.

The IDC report further noted that "The Thai govt announced multiple COVID-19 stimulus packages recently, and in order to receive the handouts conveniently through e-wallets, Thai citizens upgraded their smartphones or switched to a smartphone despite the economic slowdown. This resulted in strong demand in the low-end smartphone segment," says Teerit Paowan, Client Devices Market Analyst at IDC Thailand."

As the chart below proves out, Apple's 5G iPhone 12 recorded its biggest sales spike in Q4-20 amongst all competition and scored about 17% market share.

Having opened their first two Apple Stores in Bangkok, with the second opening in July 2020, paid off big time in Q4 2020. Though in Q1-21 Apple fell back seasonally, resulting in taking about 11%, market share and the fifth spot in Thailand. 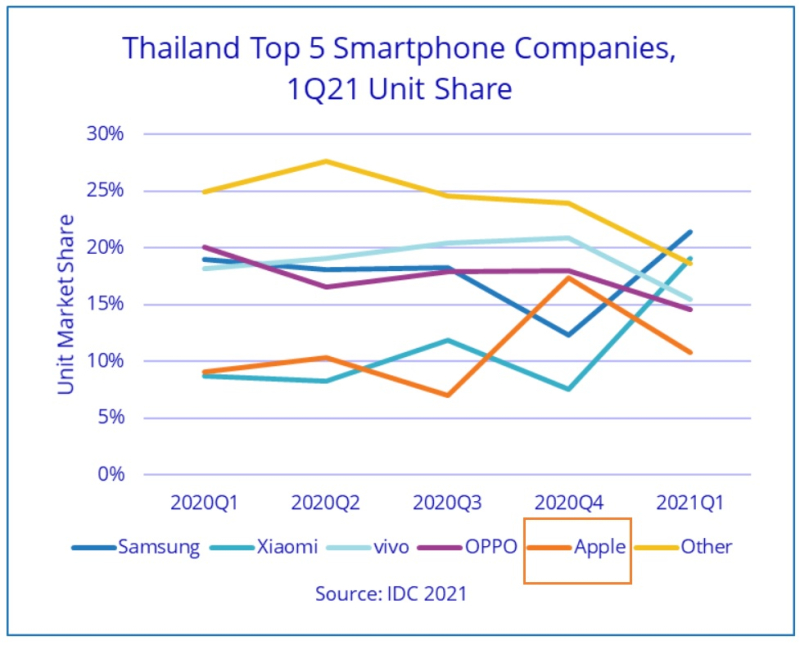 While affordable 5G smartphones such as the Samsung Galaxy A52 and OPPO Reno 5-series gained popularity and helped to accelerate 5G adoption, Xiaomi's dramatic rise for the quarter was due to "adding more than 230 stores to its portfolio," in the quarter. For more on this, read the full IDC report.