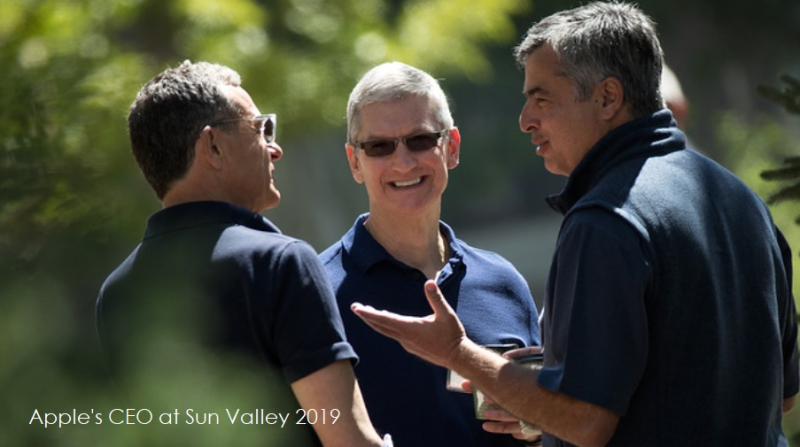 Fresh off of upending the media landscape with their deal to combine WarnerMedia and Discovery, Discovery chief David Zaslav and AT&T head John Stankey will touch down in Sun Valley, Idaho in July for Allen & Co.’s annual media conference.

They will be joined at the annual confab of power brokers and media barons by Amazon founder Jeff Bezos, fresh off his $8.5 billion deal to purchase Metro-Goldwyn-Mayer, and will hit the resort at a time when most insiders believe that Hollywood and Silicon Valley are in the midst of an unprecedented period of consolidation.

Apple's CEO is happy with their Apple TV+ streaming service, despite critics dumping on many of Apple's "original" shows like Cherry, Lisey's Story (02), the aimless Mosquito Coast and others. NBC also slammed Apple last week for not allowing their subscribers to binge-watch series, which I couldn't agree more with. Though in the big picture, Apple TV+ is only in the opening innings and there's a lot of new content in the pipeline as our Apple TV+ archives prove out. With COVID-19 vaccinations being adopted at a rapid pace, Apple TV+ may be able to get back on track with  a steady stream of shows over the next year or two and their format could change to make fans happier.

As for the Sun Valley retreat, will Apple make a blockbuster deal to shake things up? I would emphatically say don't expect one, though that doesn't mean that Cook won't be very active at the retreat looking for opportunities to advance their streaming service in one way or another.