Home Archives Contact Us Subscribe Twitter Facebook Patently Mobile
In order to compete with Foxconn, Pegatron has raised its recruitment bonuses to attract Factory Workers for iPhone 13 production
Apple’s chip supplier TSMC and others are prioritizing supplies for the iPhone 13 in Q3

Apple's first scrollable device invention surfaced back in 2016 in our report titled "Apple Advances their Work on a Future Scrollable-Like Digital Newspaper Device." Today the U.S. Patent and Trademark Office officially granted Apple another patent for a possible future iPhone based on a scrollable, extendable display concept.

If you've never heard of this concept before, then check out the video below that presents a smartphone with a scrollable, extendable display that Chinese smartphone vendor Oppo is promising to launch in Q4 2021. 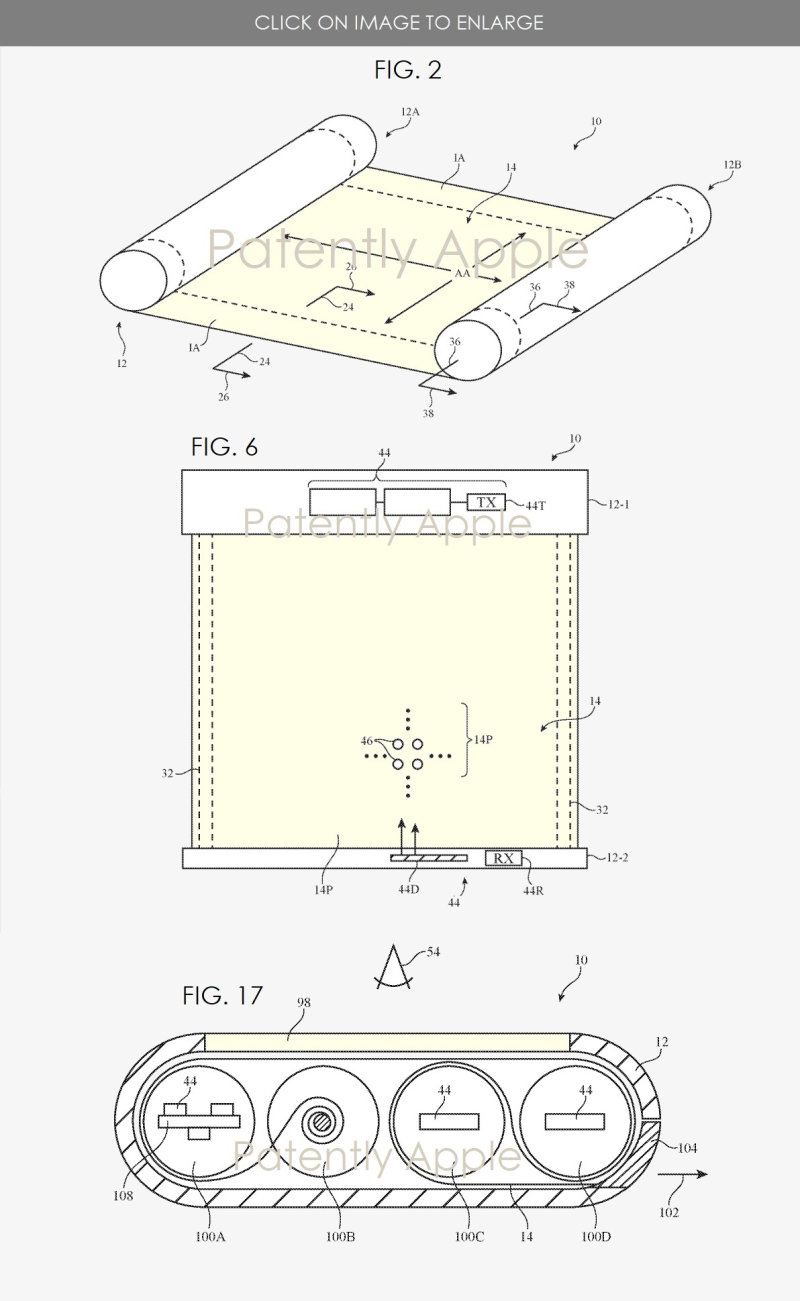 Apple rarely limits an invention to a single device and this current invention is no exception. Apple notes that the invention could also apply to a future iPad (tablet), Apple Watch (wristwatch), a television, gaming device, navigation device and more.

Apple's second granted patent added 16 new and technical patent claims describing various functional aspects of the device. For instance, Apple noted in patent claims 15 and 16 that "the metal support structures are configured to maintain the flexible display at a vertical angle relative to the housing. The metal support structures are also bistable and are configured to wrap around the roller when the flexible display is in the rolled state."