Home Archives Contact Us Subscribe Twitter Facebook Patently Mobile
The Patent behind the Six-Speaker Sound System with Force-Cancelling Woofers for the 2021 iMac was published today
Apple's Supply Chain in India is on target to Employ more than Double the 20,000 Employed in 2021 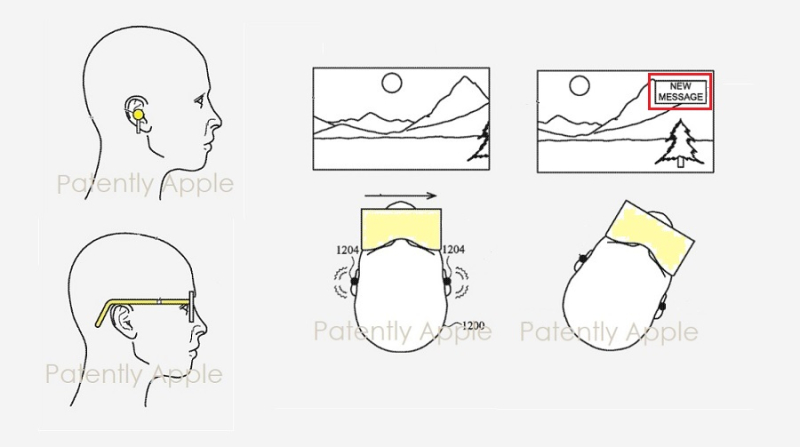 Today the US Patent & Trademark Office published a continuation patent from Apple relating to wearable electronic devices, such as AirPods Pro and smartglasses, that could produce haptic outputs that could be felt by wearers. More importantly, the haptics could provide users with a distinct directional sensation that would direct the user's attention to look in a direction in a virtual teleconference and beyond. The patent discusses the use of spatial audio in a video conference which was just introduced at WWDC21.

Apple's patent is generally directed to wearable electronic devices that include haptic actuators, and more particularly, to haptic outputs that are coordinated with a position of a virtual object (which may correspond to or represent a person, an audio source, an instrument, a graphical object, etc.) relative to the wearer of the electronic device. 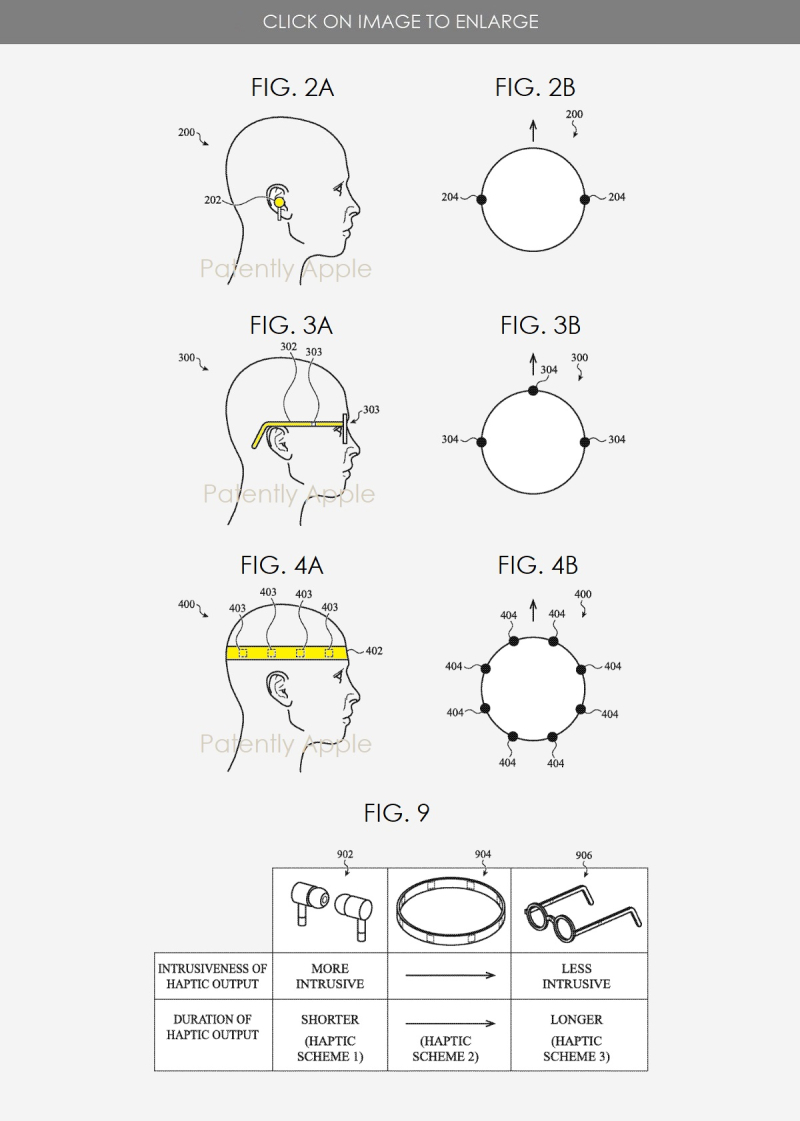 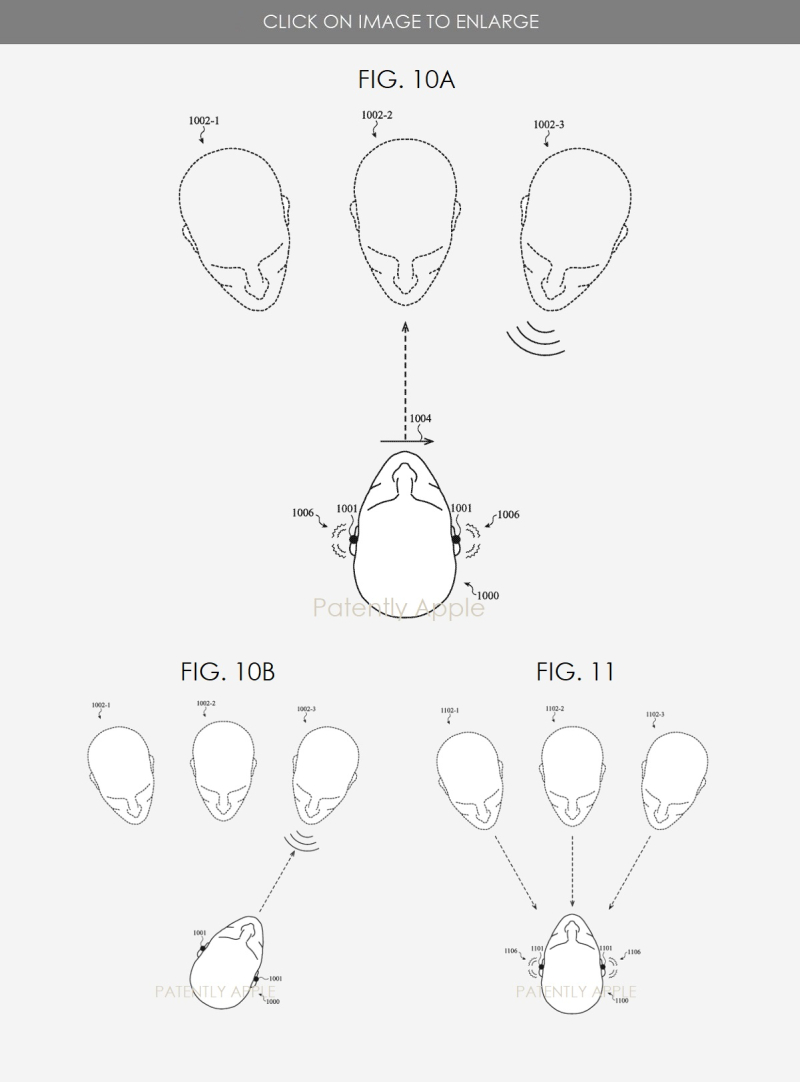 Apple's patent FIGS. 12A-B below is another example of directional haptic output that may be used to direct a user's attention towards the position of a graphical object in a virtual or augmented reality environment; FIGS. 14A-14B depict a spatial arrangement of a user and two audio sources. 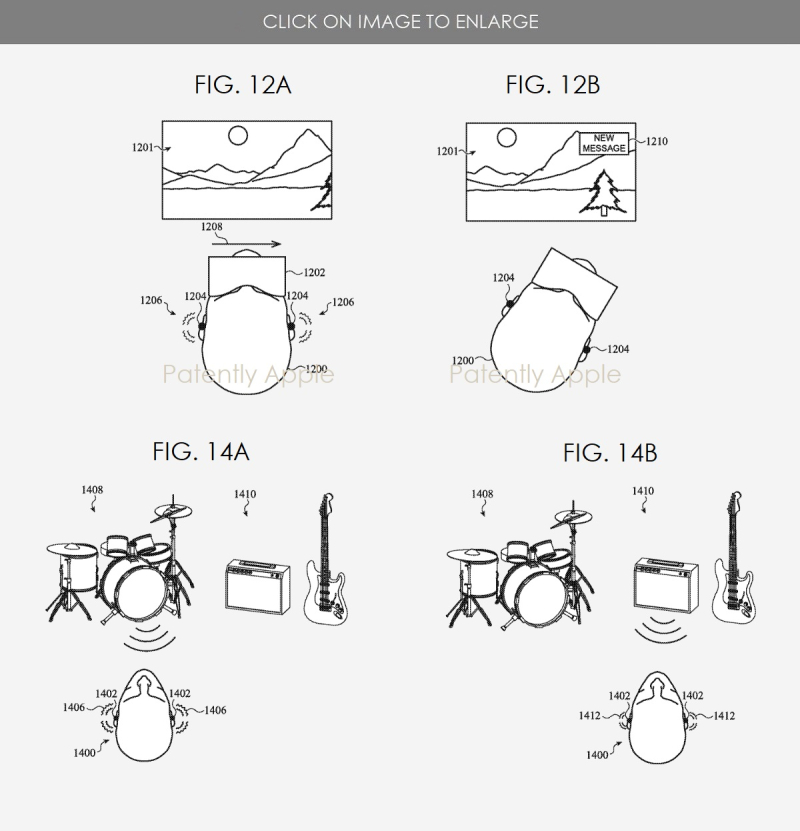 With this being an important invention that Apple has in-part integrated into iOS 15 and beyond, Apple has introduced 20 new patent claims that now covers "A head-mounted electronic System."

The majority of the new claims relate to bringing spatial audio to Apple's future headwear like an AR Headset as depicted in patent figures 12A and 12B above. Below are just a few of the new patent claims:

To review the other added patent claims, check out Apple's continuation patent 20210176548. Today's patent is partially fulfilled with spatial audio coming to iOS 15 FaceTime. The next and more important phase of this patent will be directed at Apple's AR Headset, smartglasses and possible head banner accessory where the haptics component will come into play.