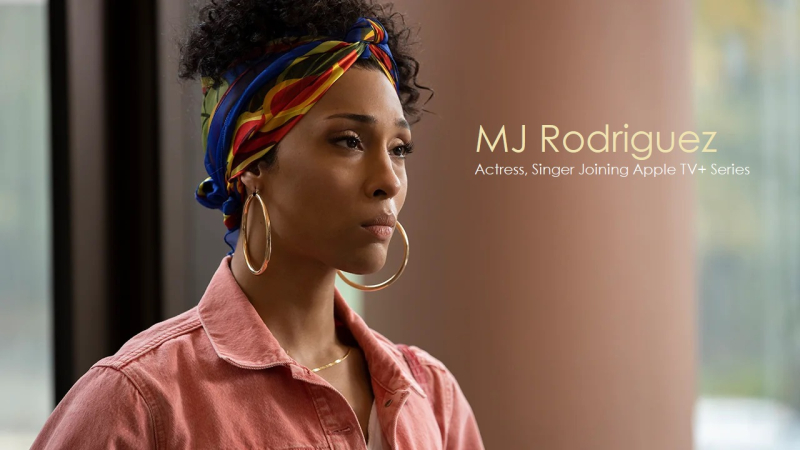 It was reported late yesterday that Michaela Jaé "MJ" Rodriguez, a transgender actress, will star opposite Maya Rudolph in a new Apple TV+ comedy series about woman whose seemingly perfect life is upended after her husband leaves her with nothing but 87 billion dollars. Rodriguez will play Sofia, the hard-working executive director of the non-profit funded by her absentee billionaire boss, Molly.

Rodriguez is best known for her role as Blanca in the Emmy-winning FX drama series "Pose," which recently debuted its third and final season. Her other TV credits include "Nurse Jackie" and "Luke Cage," while she has also starred in films such as “Adam” and “Saturday Church.” She recently starred as Audrey in the Pasadena Playhouse’s production of "Little Shop of Horrors."

Rudolph is one of the most well-regarded comedy actresses working today. An "SNL" alum, she recently made her return to the show to play Vice President Kamala Harris. She picked up two Emmy Awards in 2020 — one for "SNL" and another for her work on the Netflix animated series "Big Mouth."