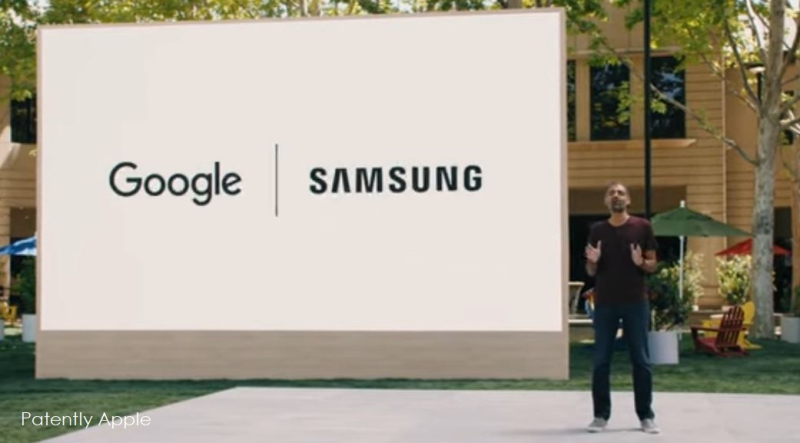 In March Patently Apple posted a report titled "In 2020 Apple Watch was the Global Leader, Tripling Second Place Huawei's Shipments." Apple crushed the competiton including Huawei, Samsung and Fitbit. Apple tripled Huawei and double Samsung+Fitbit combined. In what would seem like a desperate move, Google announced today at their Google I/O developer conference that they, including Fitbit would be forming a common watch platform with Samsung.

Google noted in their press release today that "Samsung and Google have a long history of collaboration. Now, we’re bringing the best of Wear (OS) and Tizen (OS) into a single, unified platform." Below is the segment of the Google I/O keynote about this announcement.

The press release further noted that "By working together we have been able to take strengths of each and combine them into an experience that has faster performance, longer battery life and more of the apps you love available for the watch.

For performance, our teams collaborated and made apps start up to 30% faster on the latest chipsets with smooth user interface animations and motion. To achieve longer battery life, we’ve worked to optimize the lower layers of the operating system – taking advantage of low-power hardware cores to enable better battery life. That includes handy optimizations like the ability to run the heart rate sensor continuously during the day, track your sleep overnight and still have battery for the next day.

Finally, our unified platform will make it easier for developers to build great apps for the watch. This isn’t just for Google and Samsung. All device makers will be able to add a customized user experience on top of the platform, and developers will be able to use the Android tools they already know and love to build for one platform and ecosystem.

These updates will begin rolling out later this year.  From a unified platform with Samsung, to a new consumer experience, and a world-class fitness service from Fitbit, this is a new era for the wearables ecosystem [… they hope]."