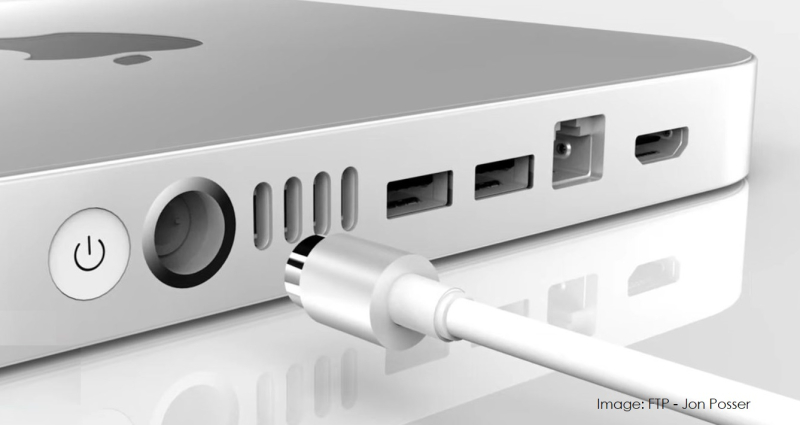 With Apple's WWDC21 just around the corner, Apple fans are getting excited as expected. Today there may be reason to be even more excited if the latest rumors from Jon Prosser about new Mac hardware debuting at the event actually pan out.

According to Prosser, a newly designed and thinner next-gen Mac mini with an MX1 chip will reportedly debut at WWDC21 that will come with MagSafe, 4 Thunderbolt ports, 2 USB-A ports, ethernet and HDMI.

The top of the Mac mini could have a plexiglass-like material that sits on top of the aluminum enclosure that may or may not come with different colors.

Prosser quotes Mark Gurman stating that the more powerful Mac mini will come with  similar specs as the MacBook Pro with up to 64GB RAM, 10-core CPU and 16 or 32 graphic cores.

Lastly, contrary to most rumors that point to the next-gen MacBook Pro arriving sometime this fall, Prosser is sticking his neck out to predict that it'll arrive at WWDC21. For more on these rumors, check out the FPT video report.