Day 2 of Trial: Apple put Sweeney on the spot to confirm that Epic takes a 40% cut when it publishes games created by other game developers 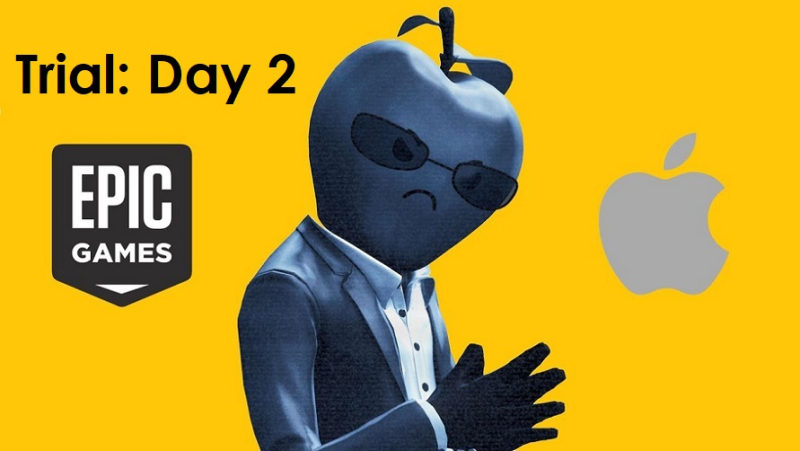 In the second day of a high-stakes antitrust trial, the cross-examination of Epic CEO Tim Sweeney was aimed at weakening his company’s argument that Apple’s App Store is "a walled garden" that "trapped" developers with onerous conditions and limits user choice.

Richard Doren, an attorney for Apple, pointed out that his client’s iOS device users were allowed to game across different hardware platforms even as Sweeney complained to Sony Corp. in an email that friendships forged playing Fortnite -- a multiplayer battle-royale game -- were “being torn apart” because Sony didn’t allow cross-platform play. PlayStation enabled cross-platform play in 2018.

Likewise, Apple allows gamers to use Epic’s in-game virtual currency purchased on other platforms when playing games on iOS devices but Sony, which has also invested in Epic, doesn’t allow such cross-wallet play, Doren said.

Sweeney was asked why he uses an iPhone over an Android phone -- a question meant to bolster Apple’s argument that App Store policies are designed to protect consumers from malware and security threats.

Doren then stated that for Apple, security and privacy are "fundamental differentiators." Then Doren asked: "You personally prefer to use iPhone because Apple’s approach to protecting your privacy is superior to Google’s?" Sweeney; "That’s among the reasons."

Apple put Sweeney on the spot Monday to confirm that Epic takes a 40% cut when it publishes games created by other game developers. Sweeney drew a distinction from Apple’s App Store software distribution model, saying a publisher bears certain costs, including funding game development and marketing.

Apple is also arguing that before Epic sued, it asked for a special side deal that would allow the company to run its own direct-payment system that circumvents App Store fees.

Epic’s lawyer asked Sweeny: "Would you have accepted a deal from Apple just for Epic, and not other developers?" Sweeney candidly said, "Yes, I would have." For more, read the full Bloomberg report.