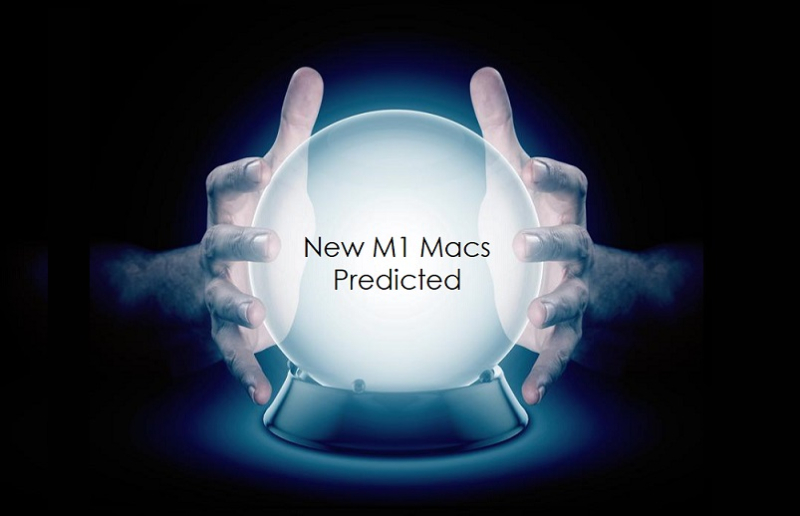 A new rumor report claims that Apple is preparing to release several new MacBooks and  desktops with new designs and more powerful M1 (or M2) chips later this year. Redesigned MacBook Pros are expected to debut as soon as early this summer, followed by a revamped MacBook Air, a new low-end MacBook Pro and an all-new Mac Pro workstation.

Apple is also working on a higher-end Mac mini desktop and an iMac with a larger display (27" or 32").

Apple plans to launch the redesigned MacBook Pros in 14-inch (code name J314) and 16-inch screen (J316) sizes. They’ll have a redesigned chassis, magnetic MagSafe charger and more ports for connecting external drives and devices. Apple is also bringing back the HDMI port and SD card slot, which it nixed in previous versions, sparking criticism from photographers and the like.

Although Bloomberg's report didn't mention it, it stands to reason that Apple will mirror the color schemes of their new iMacs for at least the new MacBook Air.

The Mac line of products has been a growing contributor to the company’s revenue, generating $9.1 billion in Apple’s January-March quarter, or 10% of total sales.

Mark Gurman further notes that for the new MacBook Pros, Apple is planning two different chips, codenamed Jade C-Chop and Jade C-Die: both include eight high-performance cores and two energy-efficient cores for a total of 10, but will be offered in either 16 or 32 graphics core variations.

The new chips will differ from the M1’s design, which has four high-performance cores, four energy-efficient cores and eight graphics cores in the current 13-inch MacBook Pro.

The new Mac Pro has been in the works for several months and is expected to look like a smaller version of the current design, which was launched in 2019. For more on this, read the full Bloomberg report at BNN Bloomberg.