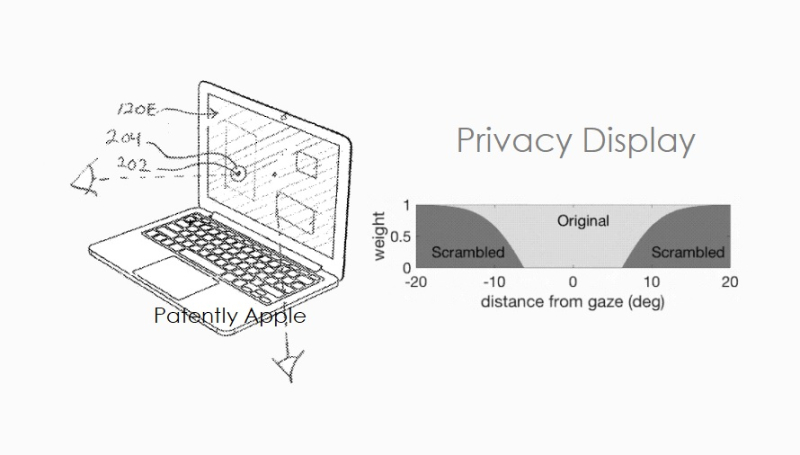 Apple began to research privacy display techniques back in 2009 with their first patent on this technology surfacing in 2011. Then there was a huge gap until last year when the project roared back with three patents (01, 02 & 03), one of them relating to privacy using an HMD while working on a MacBook. Today the U.S. Patent and Trademark Office officially granted Apple a patent that relates to a future Macs with privacy displays using a new method based on gaze-dependent display encryption.

In their patent background Apple notes that portable electronic devices such as laptop computers, cellular telephones, and tablet computers are often provided with displays for displaying visual information. These portable devices are often used to view content that is private, confidential, or even classified. However, when these devices are used in public spaces such as cafes, trains, buses, airplanes, airports, or the like, there is a risk that the private, confidential or classified information could be viewed by an unwanted observer looking at the user's display.

Privacy screens are available for mounting over the device display that prevent viewing of the display at large angles. However, these screens are typically bulky, separate devices that must be carried with the electronic device, mounted to the device when privacy is desired, and can be easily forgotten or lost. Moreover, these screens negatively impact the viewing quality of the display for the user (i.e., causing color shifts, reduced luminance, and changes with head or device movement), are ineffective for unwanted observers standing or sitting directly behind the user, and clearly indicate to others around the user that private, potentially interesting or valuable content is being displayed, (which can create an unwanted incentive to attempt to view the content).

Apple's invention covers various aspects of the subject technology, the visual encryption described herein is a gaze-dependent visual encryption that is based on the location of the user's gaze on the display.

The obscured content may be generated in a way that does not cause the user to notice the obscuration and that prevents the obscuration itself from visually indicating the location of the clear-viewing region to other observers or onlookers. In accordance with some aspects, the gaze-dependent visual encryption may be further based on the presence and/or gaze location of one or more onlookers. 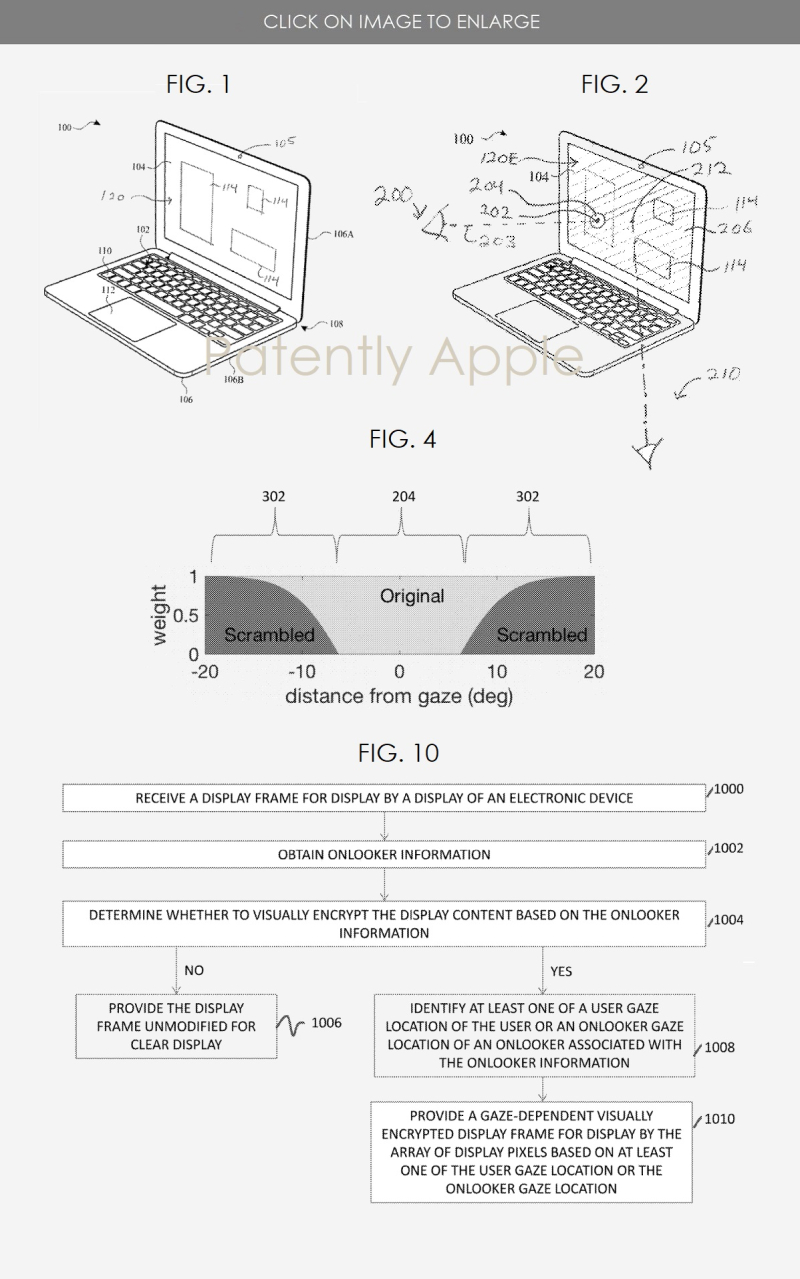 Apple's patent FIG. 10 above illustrates a flow chart of an example process for gaze-dependent visual encryption based on onlooker information.