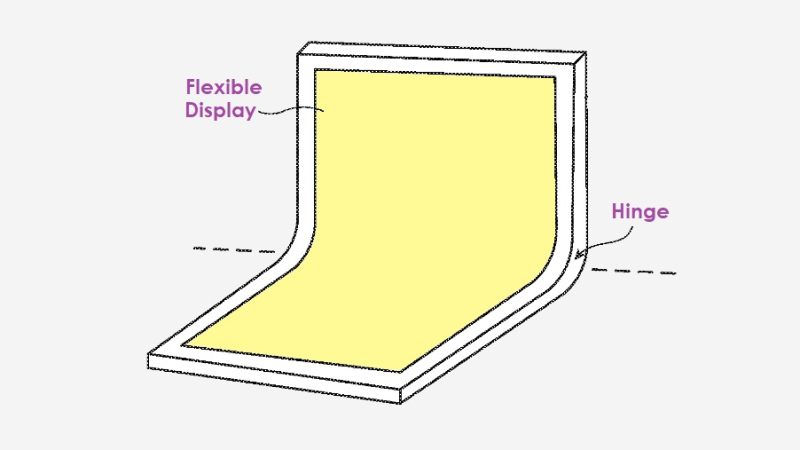 Today the U.S. Patent and Trademark Office officially granted Apple a patent that relates to a hinge system that could apply to a MacBook, foldable iPad, the Magic Keyboard for iPad and a future Mac Pro display system.

Apple's patent FIG. 1 below is a possible future MacBook with a new hinge system; One of the key patent figures is patent FIG. 14 below  which presents a foldable iPad that could double as a single display foldable notebook. Below is a perspective view of device #10 in an illustrative configuration in which housing portions 12A and 12B are part of a unitary housing having a bending portion that forms hinge 30. 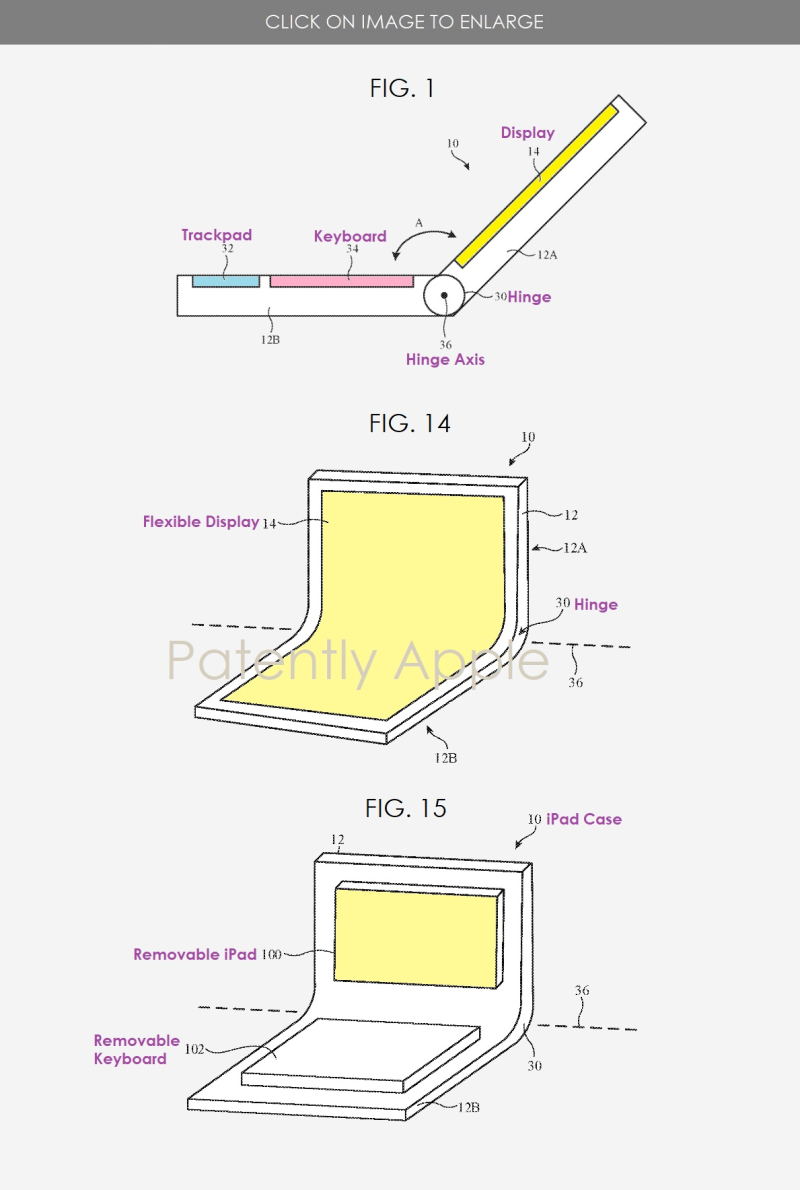 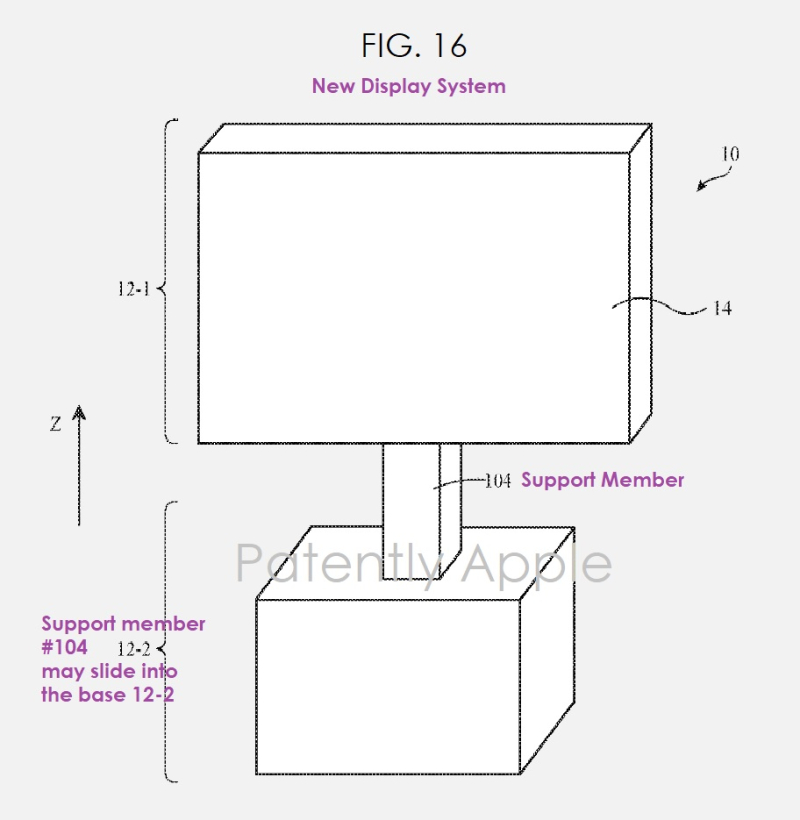 In the example of FIG. 16 above, device #10 has an adjustable device such as an adjustable clutch formed from one or more devices. The housing of device #10 may have portions that slide relative to each other. Display #14 may, as an example, be mounted in display housing portion #12-1 and may be slidably couple to the base housing portion #12-2. Support member #104 may slide linearly into and out of base #12-2 to allow a user to adjust the height of the display. Sensor data such as information on the position of a user's hand, movement of a user's hand relative to device #10, force applied by user's hand to increase or decrease the height of the display, contact between the user's hand and one or more surfaces of device #10, information on the position of portions #12-1 and #12-2 relative to each other, information on the speed of movement of portions #12-1 and #12-2 relative to each other, information on the force applied to raise or lower housing portion #12-1, and/or other sensor data may be used by control circuitry in deciding whether to increase or decrease sliding friction.