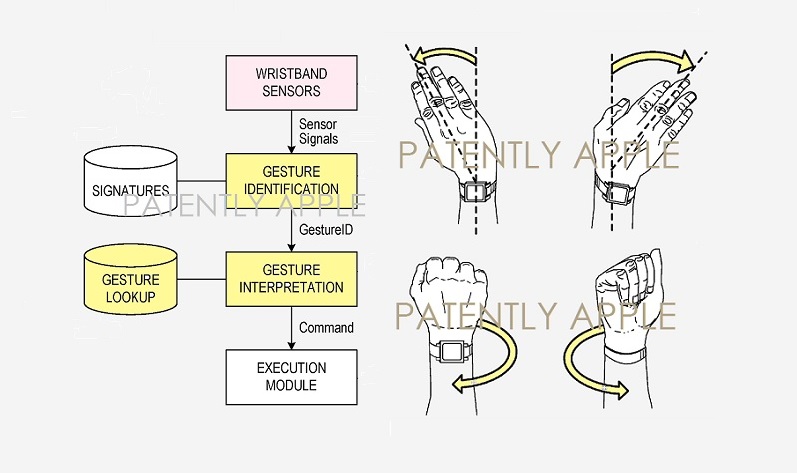 In the last two years various Apple Watch teams have worked on adding gesture recognition to Apple Watch as covered in a series of patent reports (01, 02 & 03). Today the US Patent & Trademark Office published a patent application from Apple that covers this subject matter once again, though from a different angle that uses machine-learning based gesture recognition using multiple sensors.

Apple notes that that the Apple Watch may be configured to include various sensors. For example, the Apple Watch may be equipped with one or more biosignal sensors (e.g., a photoplethysmogram (PPG) sensor), as well as other types of sensors (e.g., a motion sensor, an optical sensor, an audio sensor and the like). The various sensors may work independently and/or in conjunction with each other to perform one or more tasks, such as detecting device position, environmental conditions, user biological conditions and the like.

Based on the predicted gesture, Apple Watch may perform a particular action (e.g., changing a user interface). In one or more implementations, the machine learning model may be trained based on a general population of users, rather than a specific single user. In this manner, the model can be re-used across multiple different users even without a prior knowledge of any particular characteristics of the individual users. In one or more implementations, a model trained on a general population of users can later be tuned or personalized for a specific user. 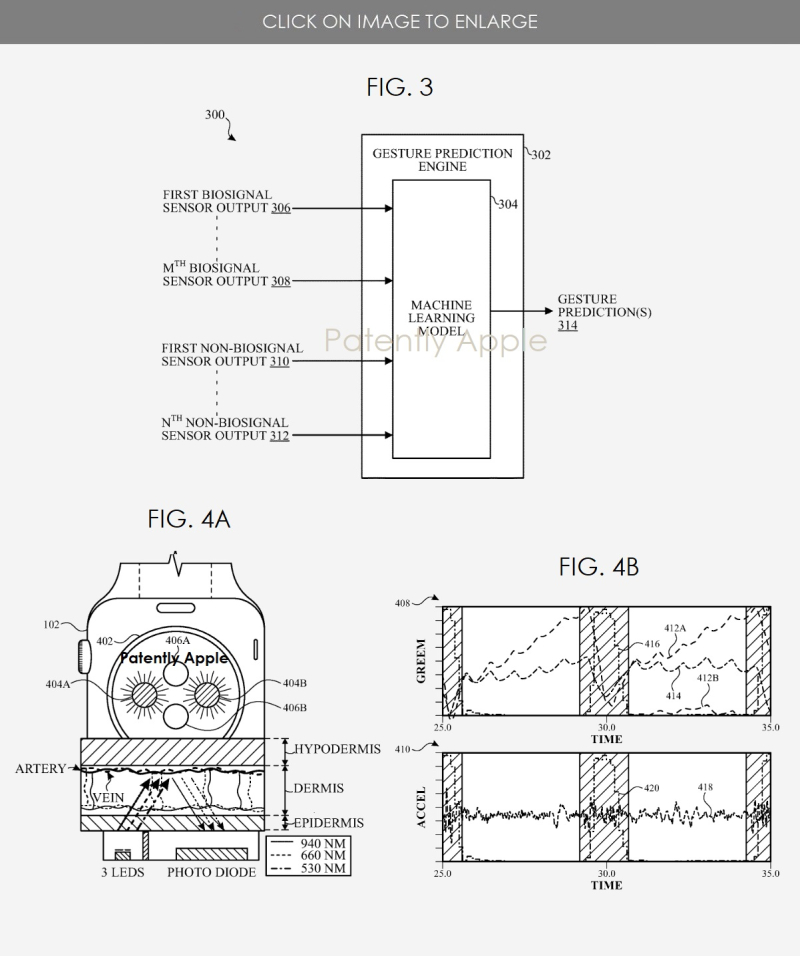 Apple's patent FIG. 9 below illustrates a flow diagram of another example process for machine-learning based gesture recognition. 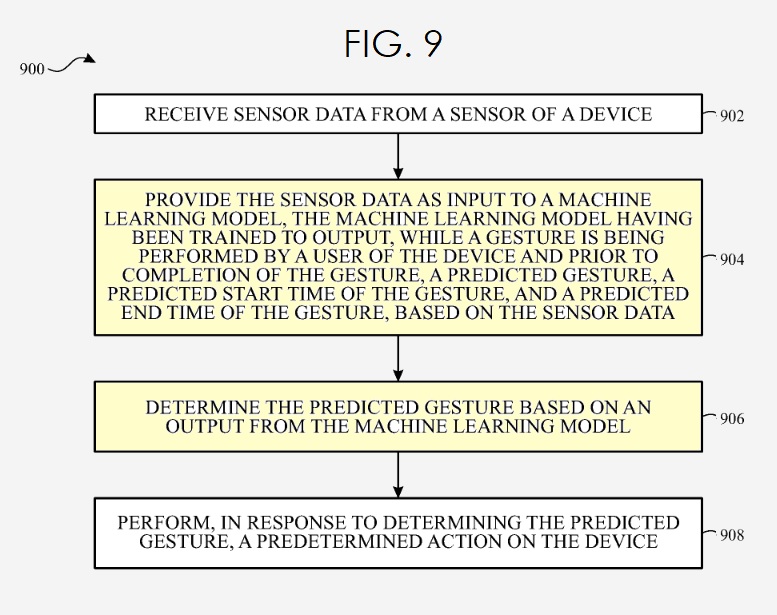