Home Archives Contact Us Subscribe Twitter MeWe Facebook Patently Mobile
Apple invents an optical alignment system for future Eyewear & reveals a bio-sensor system to track health & activity metrics and more
If Tim Cook's Testimony Fails to Persuade the Judge that the App Store isn't a Monopoly, then all of Silicon Valley's Gatekeepers are in Trouble Apple already has more than 40 patents relating to future applications relating to "In-Air Gesturing" that you could review in our special archive. Today the US Patent & Trademark Office published a patent application from Apple that relates to in-air gesturing being specifically applied to a possible future MacBook. In some ways Apple is using it to advance or perhaps reinvent their Touch Bar feature so as to make it more appealing.

Apple's patent FIG. 3 below is a top view of an illustrative sensing strip on a MacBook that is shown in FIG. 5 as being a dual sensing strip with one on the MacBook's display and one above the keyboard. 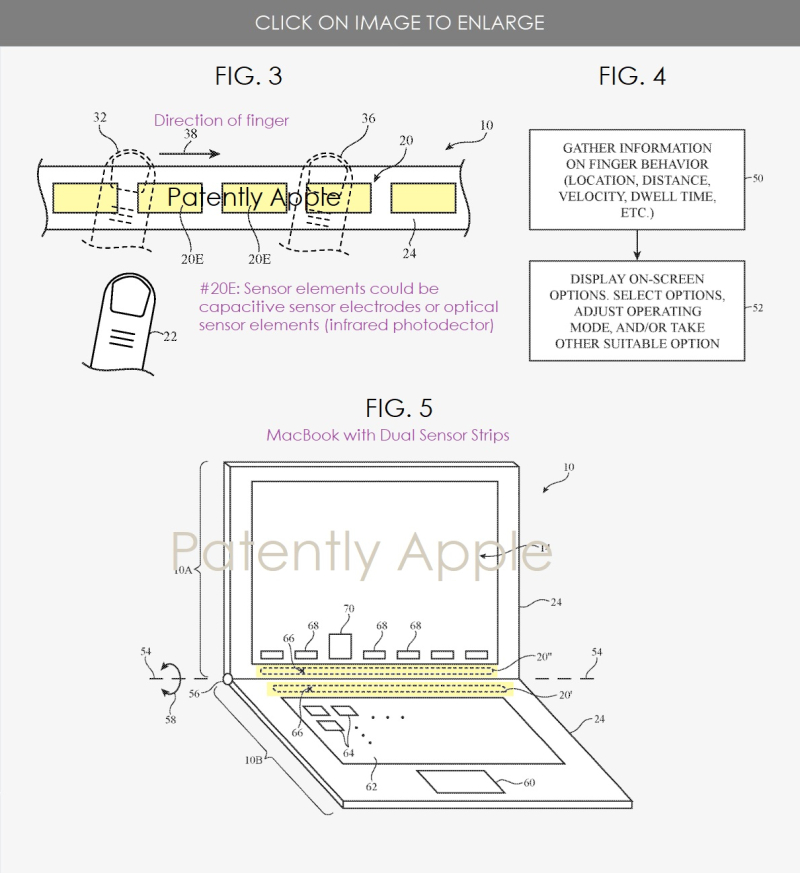 Apple's patent FIGS. 6 and 7 below are cross-sectional side views of illustrative MacBooks. In FIG. 6 Apple illustrates a MacBook with dual sensor strips. 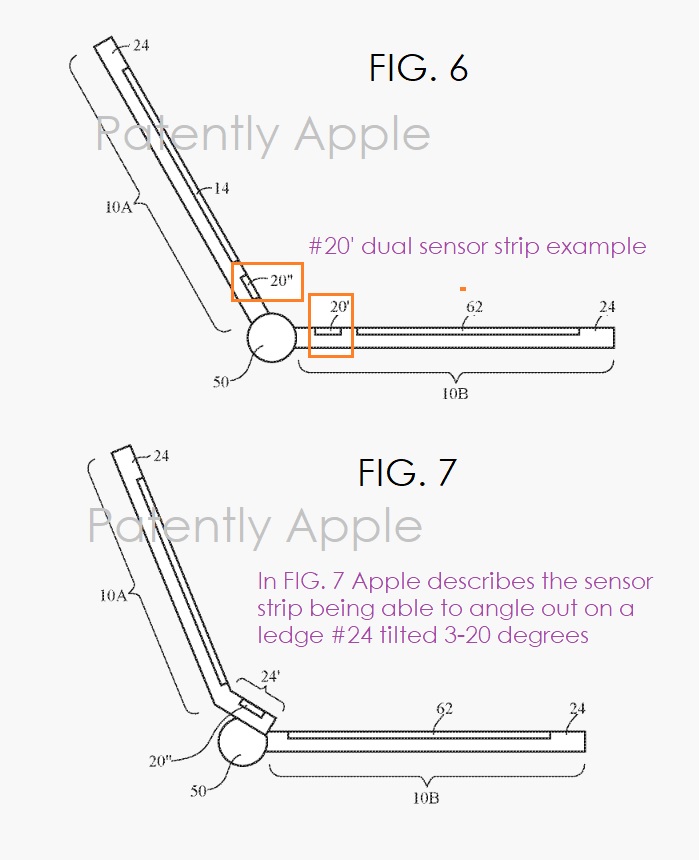 While Apple's patent is definitely a cool patent, it's also a continuation patent which means that Apple has extended their previous patent claims. In fact, Apple has added 20 new patent claims to their invention.

The following are a few other important new patent claims worth noting:

Claim #5. The electronic device defined in claim 1 wherein the three-dimensional air gesture input comprises swiping motions in the air above the sensing strip.

Claim #13. The electronic device defined in claim 12 wherein the finger gestures comprise a finger swipe in the air above the second display and wherein the display content comprises an on-screen slider button that moves in response to the finger swipe.