Home Archives Contact Us Subscribe Twitter MeWe Facebook Patently Mobile
Apple has Released the '1971' Docuseries Trailer highlighting the times and music that made that era such a magical time
Apple Presses the Point out that the App Store Prevented more than $1.5 Billion in Potential Fraudulent Transactions in 2020 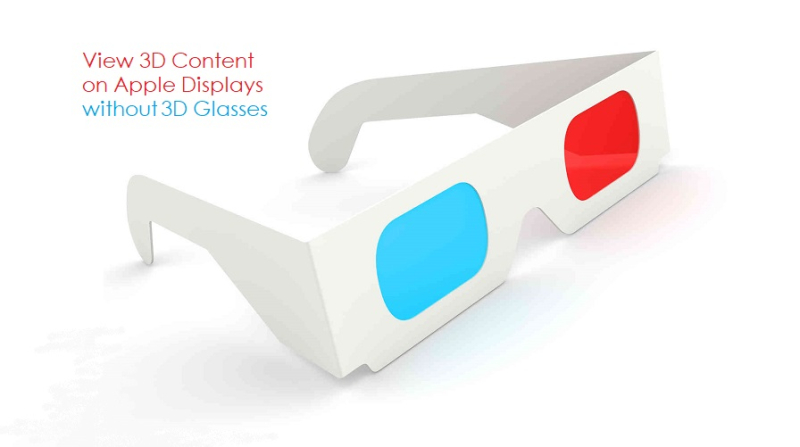 The U.S. Patent and Trademark Office officially granted Apple a patent that relates to delivering 3D content like movies and augmented reality to devices like the iPhone, iPad and Macs without requiring 3D glasses that is used to watch a 3D movie in a theater. This could be a killer app if Apple is able to translate their patent into a real product before their competitors do.

Apple notes in their granted patent background that image and video content is also sometimes generated for separate viewing by the user's left and right eyes. For example, a movie theater can provide polarized or colored glasses or goggles to patrons that visually separate two concurrent (and commonly overlapping) images that, due to the separation of the viewer's eyes, add three-dimensional depth to the displayed concurrent images.

AR and VR content can also be provided with dedicated AR/VR devices that often include two separate displays, one for each eye of the users, and that mask out all other visual input to the user's eyes.

However, it can be difficult to provide this type of content on a multi-function device such as a smartphone or a tablet, without generating visible artifacts such as motion blur, luminance offsets, or other effects which can be unpleasant or even dizzying to a viewer.

In accordance with various aspects of the subject technology, display driver systems and methods are provided for split-screen driving of rows of display pixels, which can compensate and/or prevent artifacts and motion blur. 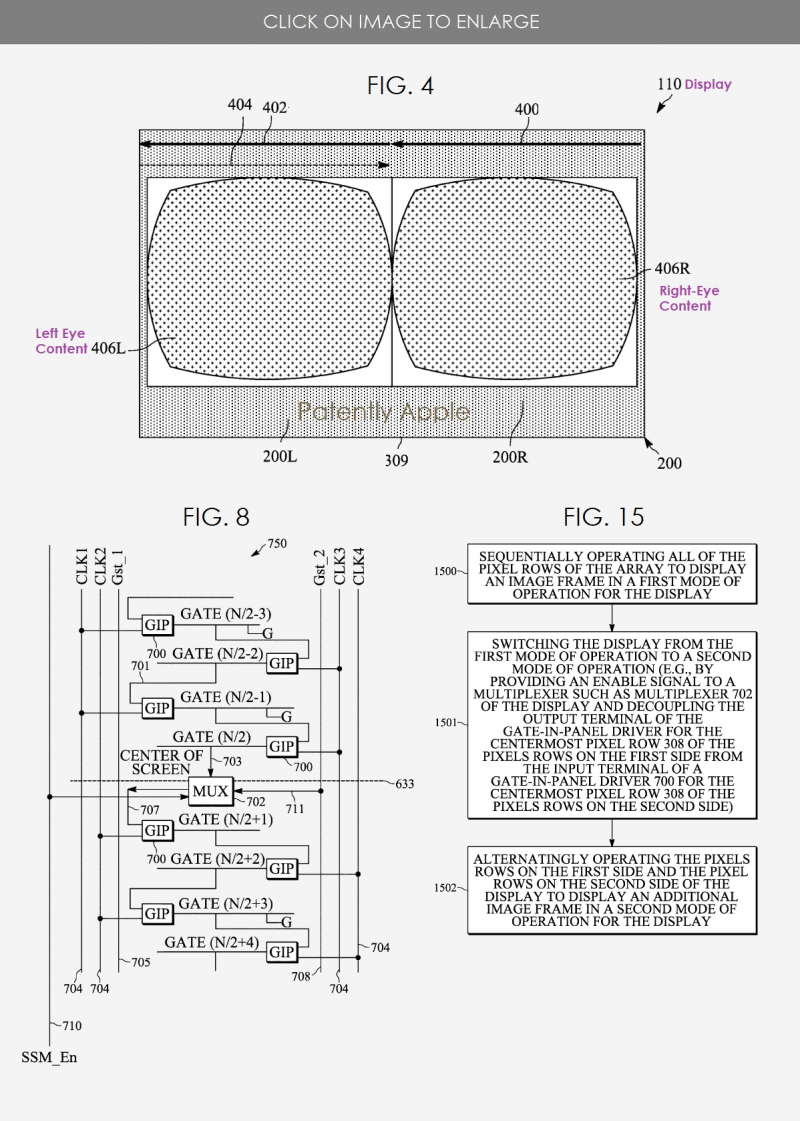 Apple's patent FIG. 8 above illustrates a schematic diagram of display circuitry in a split-screen mode of operation; FIG. 15 illustrates a flow chart of an example process for operating an electronic device display in accordance with various aspects of the subject technology.

Apple notes that their technology could be applied to the iPhone, iPad, Macs, set-top boxes (Apple TV).