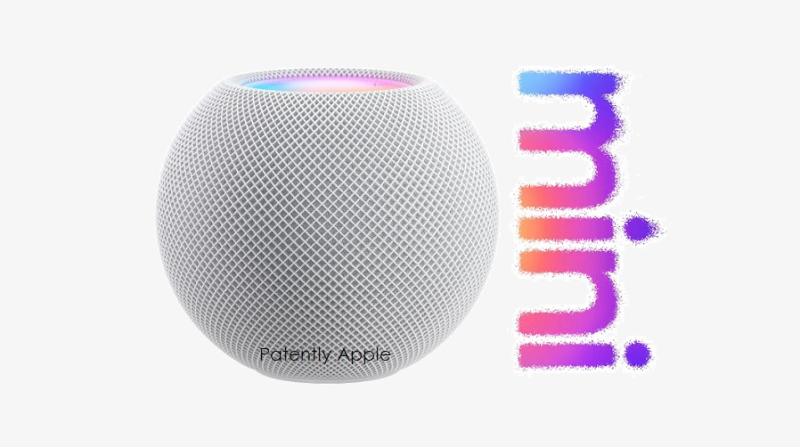 On October 13, 2020, Apple unveiled HomePod mini, the newest addition to the HomePod family that delivers impressive sound while offering the intelligence of Siri to that provides a smart home experience. This past Friday, the Hong Kong patent office granted Apple Five Design Patents that cover the HomePod mini and a "charging bridge module." In total there was 29 patent figures and our report presents you an overview with 12 choice figures.

Apple has been granted 4 design patents for HomePod mini in Hong Kong under numbers 2117559.9M001 to .9M004 as presented in the patent figure sets below. 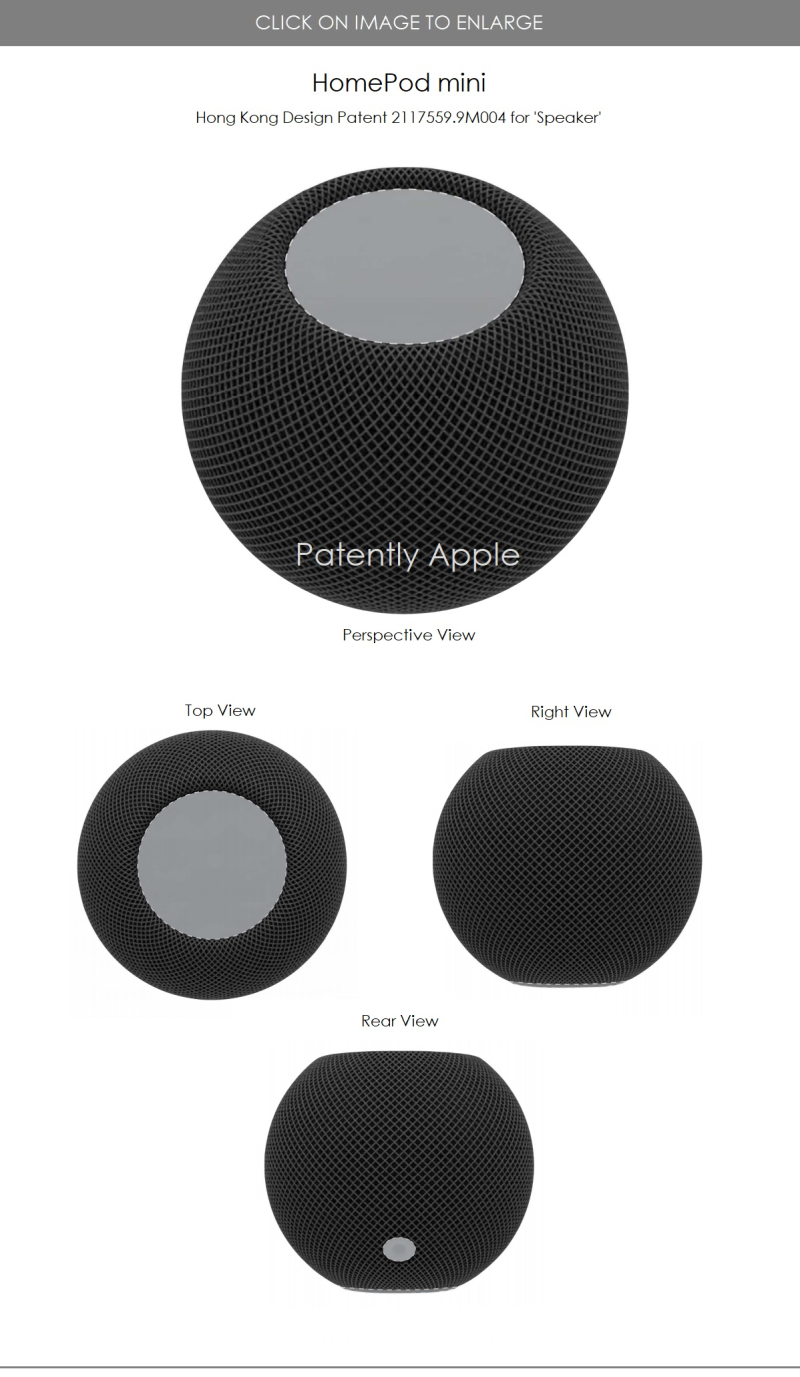 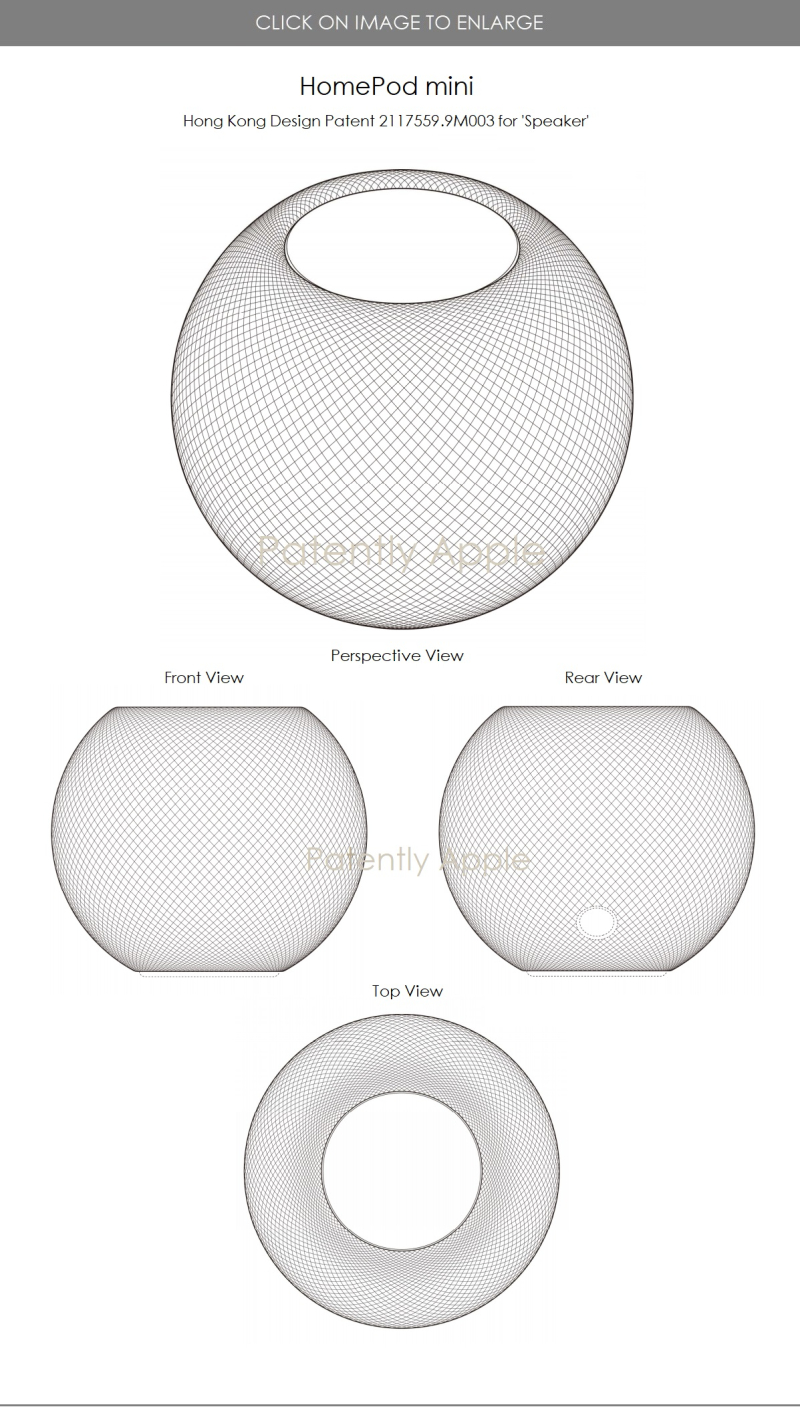 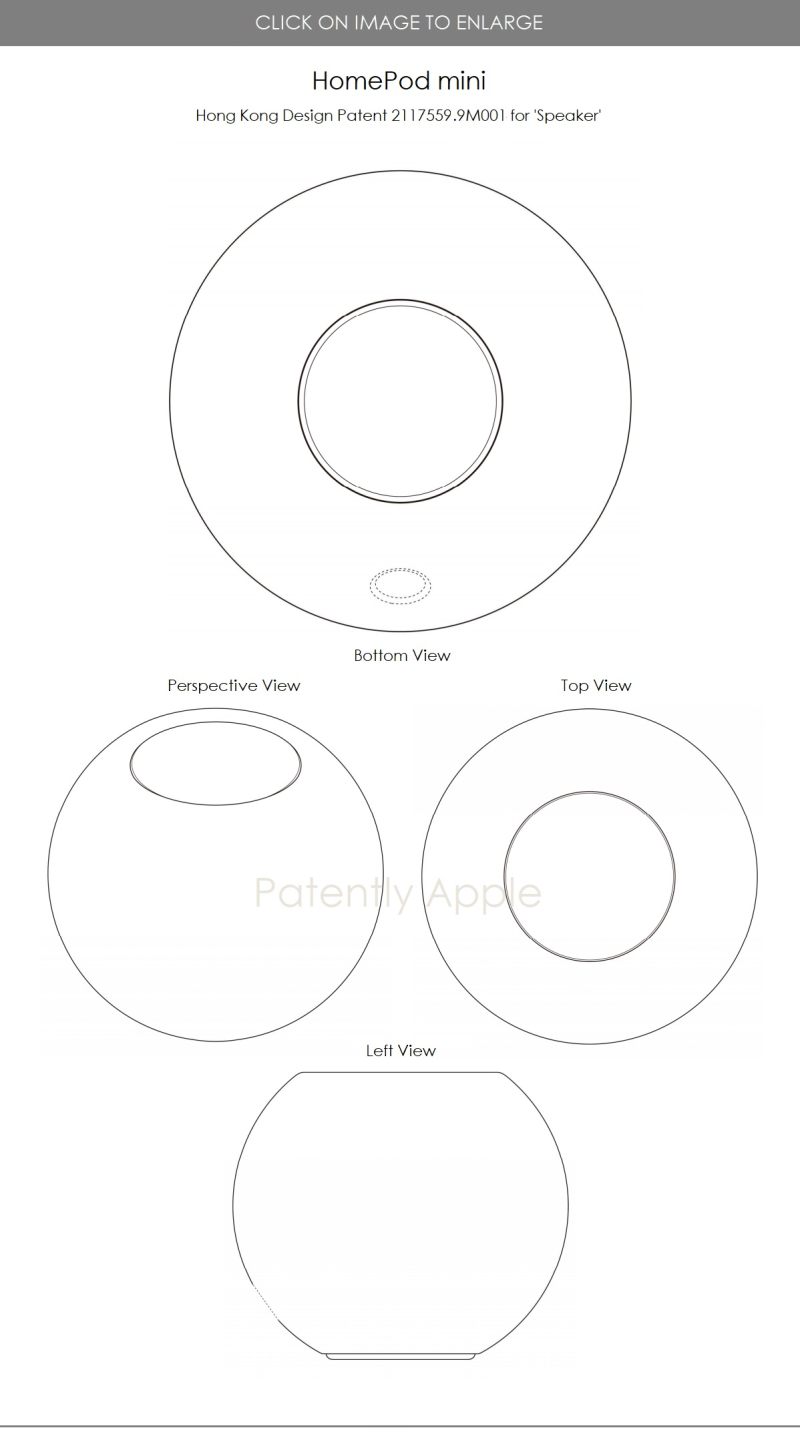 The fourth HomePod mini design patent with the suffix .9M002 was too close to .9M003 above to bother presenting patent figures.

All of the HomePod mini design patents were filed under International Class 14–01 which covers "Equipment for the recording or reproduction of sounds or pictures." The latter part "or pictures" could possibly be to cover the integration of a display in the future. 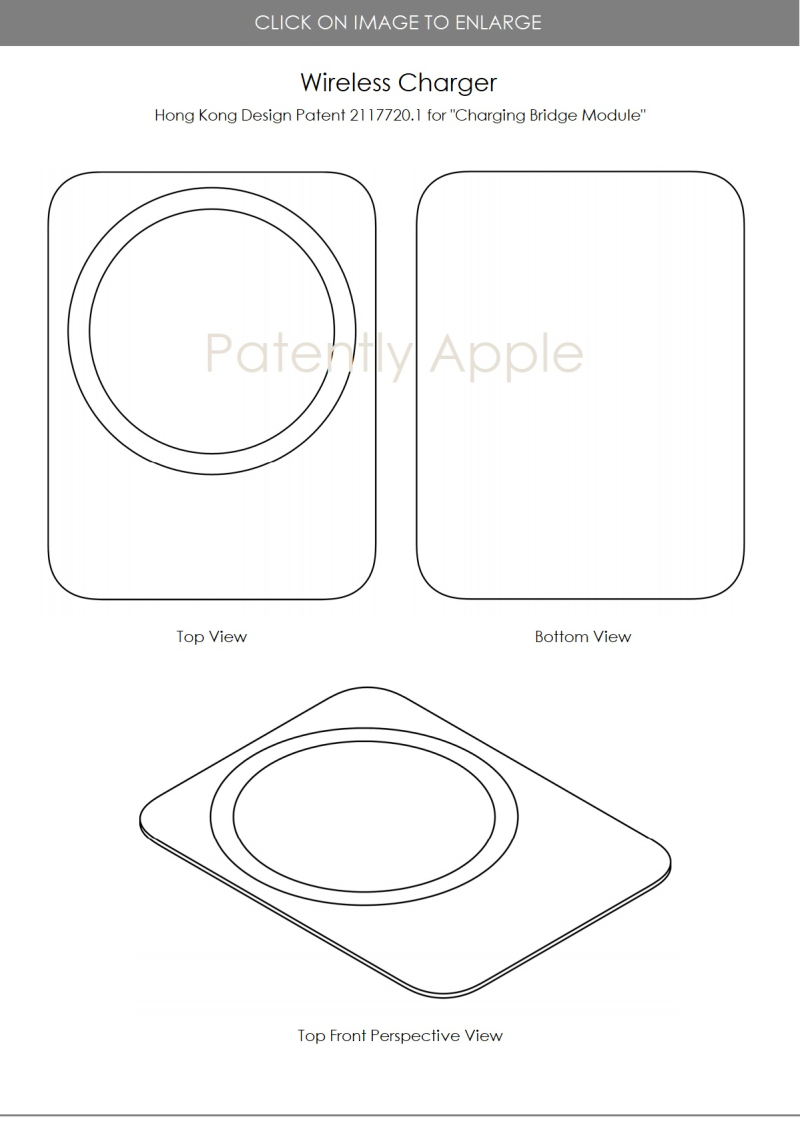