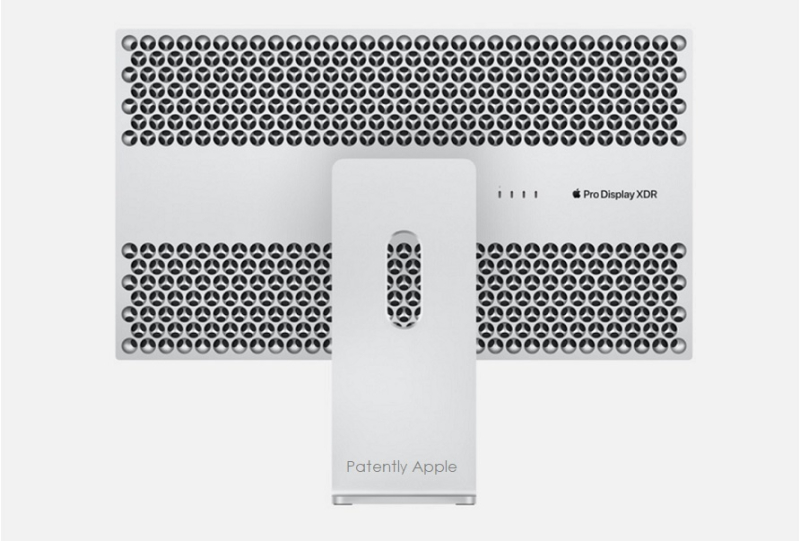 Today the U.S. Patent and Trademark Office officially granted Apple a patent that relates to the Pro Display XDR that uses a sparse laser etched anodized surface for cosmetic grounding.

Apple's granted patent relates to a mounting system that can mount a first electronic device to another device and provide a path for discharge of static electricity between the devices while maintaining a visually appealing connection surface and avoiding a metal-on-metal connection point that could otherwise result in corrosion and/or wear over time. In some embodiments, a first part of the mounting system is formed on a first device and includes a metallic layer covered by a cosmetic anodized layer with multiple micro-perforations formed through the anodized layer, each of which exposes a small portion of the underlying metallic layer. The micro-perforations can be formed by laser-etching the cosmetic anodized layer to provide a grounding path to the underlying metal layer while the micro-perforations are sufficiently small to remain practically or completely undetectable to an unaided human eye.

Apple's patent FIG. 6 below illustrates the Pro Display XDR. The stand can develop a static charge often just from airflow over the surface of the stand #604. Without adequate ESD protection, such as that provided by the present disclosure, when the display is mounted to the stand, this built-up charge can be discharged from the stand into the display resulting in a temporary spike in the display ground as the pulse comes through it which can damage sensitive electronic components within the display. Mounting system #608 enables static charge that has built-up on either or both of display and stand to be dissipated to ground when the display is attached to the stand thus protecting the various electronic components within display. 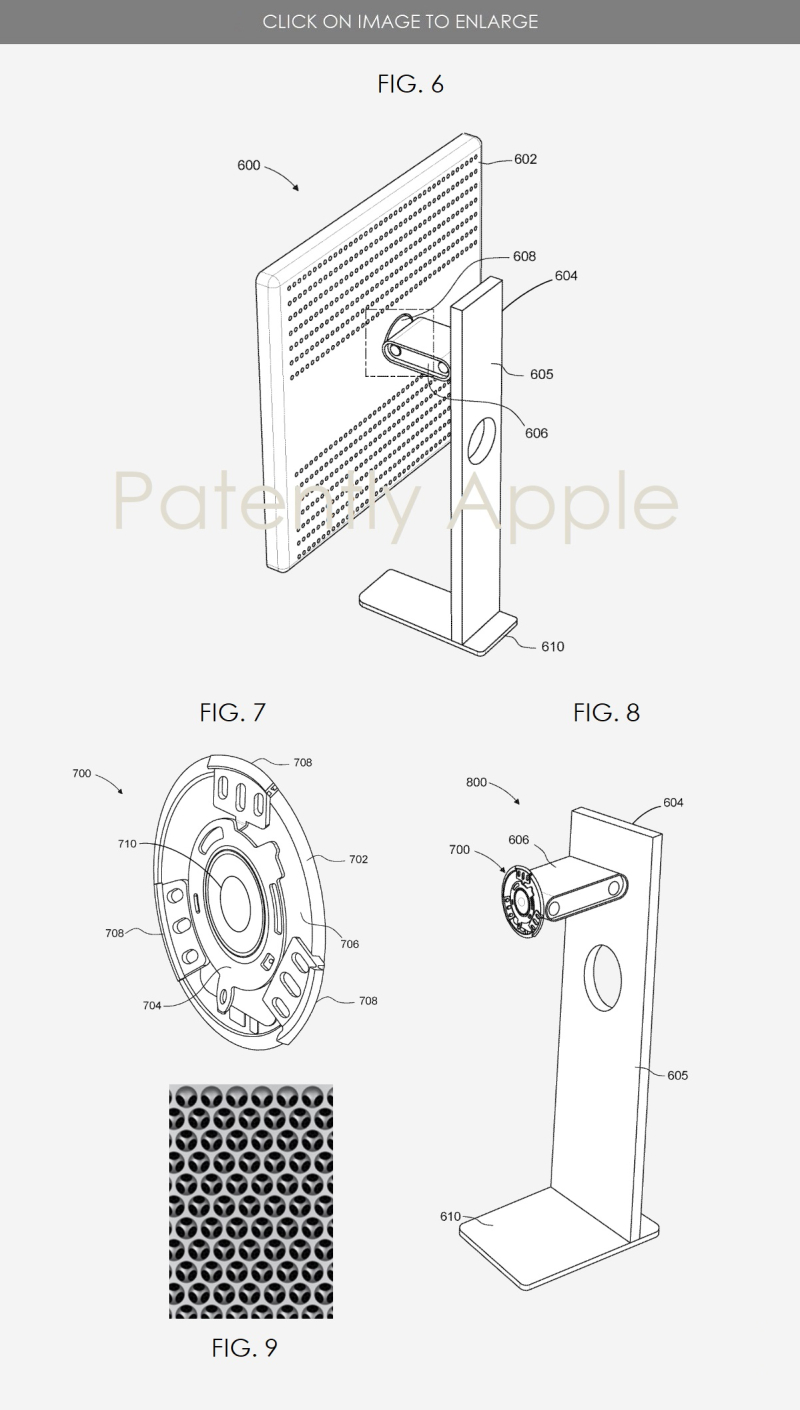