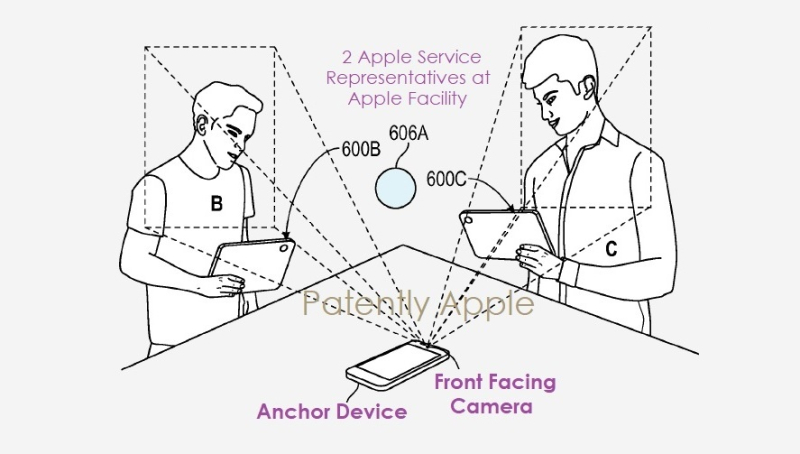 Back in January we posted a patent report titled "Apple Invents a 'Guided Consumer Experience' to make purchasing Macs, iPhones & TVs online more Personable." The patent related to advancing the experience of buying devices and software on their next-gen online Apple Store that will provide avatar salespeople who can make presentations and more. Yesterday we posted a related patent report titled "Apple's Retail Team has designed a unique Demonstration Device allowing Sales Reps to make Presentations to remote users."

This morning I discovered yet another patent on this theme in a patent application from Apple filed in Europe titled "Environment for remote communication."  This particular patent was filed by a different Apple team than the one listed in yesterday's patent filing. It's the same theme with a competing team. The three different Apple teams who have filed these recent patent applications are attempting to find the very best ways for Apple's service representatives to communicate more effectively with remote users in the future using different forms of live conferencing.

As the quality of 5G improves (and 6G advances), Apple believes that they'll be able to deliver quality live online presentation services in the form of "multiuser Extended Reality (XR) environments" which is a form of advanced  immersive conferencing.

An extended reality (XR) environment refers to a wholly or partially simulated environment that people sense and/or interact with via an electronic system. In XR, a subset of a person’s physical motions, or representations thereof, are tracked, and, in response, one or more characteristics of one or more virtual objects simulated in the XR environment are adjusted in a manner that comports with at least one law of physics.

For example, an XR system may detect a person’s head turning and, in response, adjust graphical content and an acoustic field presented to the person in a manner similar to how such views and sounds would change in a physical environment.

Extended Reality (XR) could include virtual and/or mixed reality. One exemplary example of a future communication session involves an advanced immersive conference call between a remote (participant A) and two Apple service representatives noted as participants B and C in patent FIG. 6E below.

The patent points out an anchor device #610 which appears as an iPhone that includes front-facing camera (#610B e.g., a wide-angle camera) that captures images and/or video of the local physical environment, including participant B and participant C that are delivered to the remote user seeing the Apple reps on a wall TV #620 (which could also be Mac, iPad, iPhone). 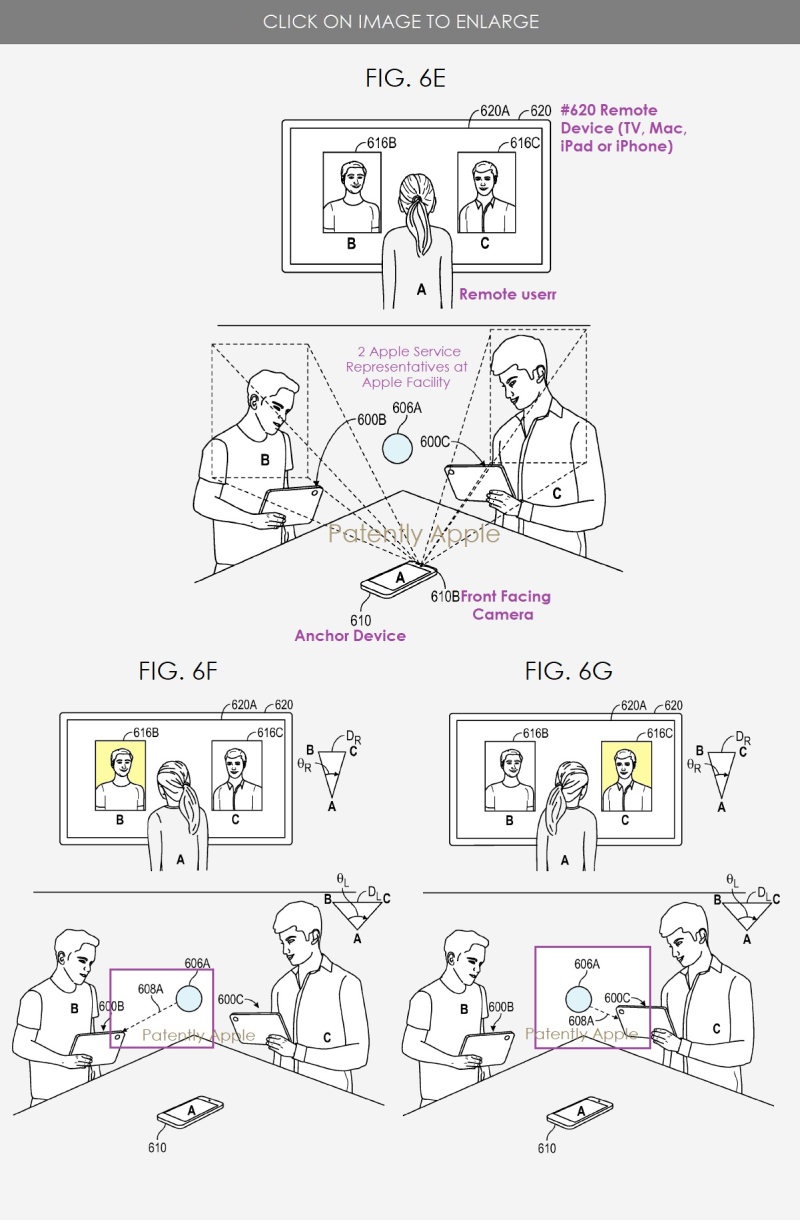 The patent then goes a mile deep into various details and different scenarios as to how these future sessions with Apple service representatives could take place with or without a Mixed Reality Headset. These presentations could showcase new Apple products or provide trouble shooting services.

If this area of technology happens to interest you, then be sure to check out Apple's European patent filing under WO/2021/062278 here titled "Environment for Remote Communication."

Other Patents you could Explore

Some weeks there are numerous patents that are published both in the U.S. and Europe that I decide not to report on due to a number of factors. The patents may be considered too technical for most readers to understand, the patents may be better aimed at developers or they cover topics like HMD gaze controls that we've covered a dozen times in the past year. So, unless a new gaze related patent delivers a unique feature worth noting, we tend to pass on covering it. Yet we fully understand that there are some in the community, like engineers and developers, that would still like to explore some of these patents, and so here are some of the most recent ones that you may potentially find interesting:

WO2021061349 – Controlling Representations of Virtual Objects in a Computer-Generated Reality Environment (associated patent figures below). 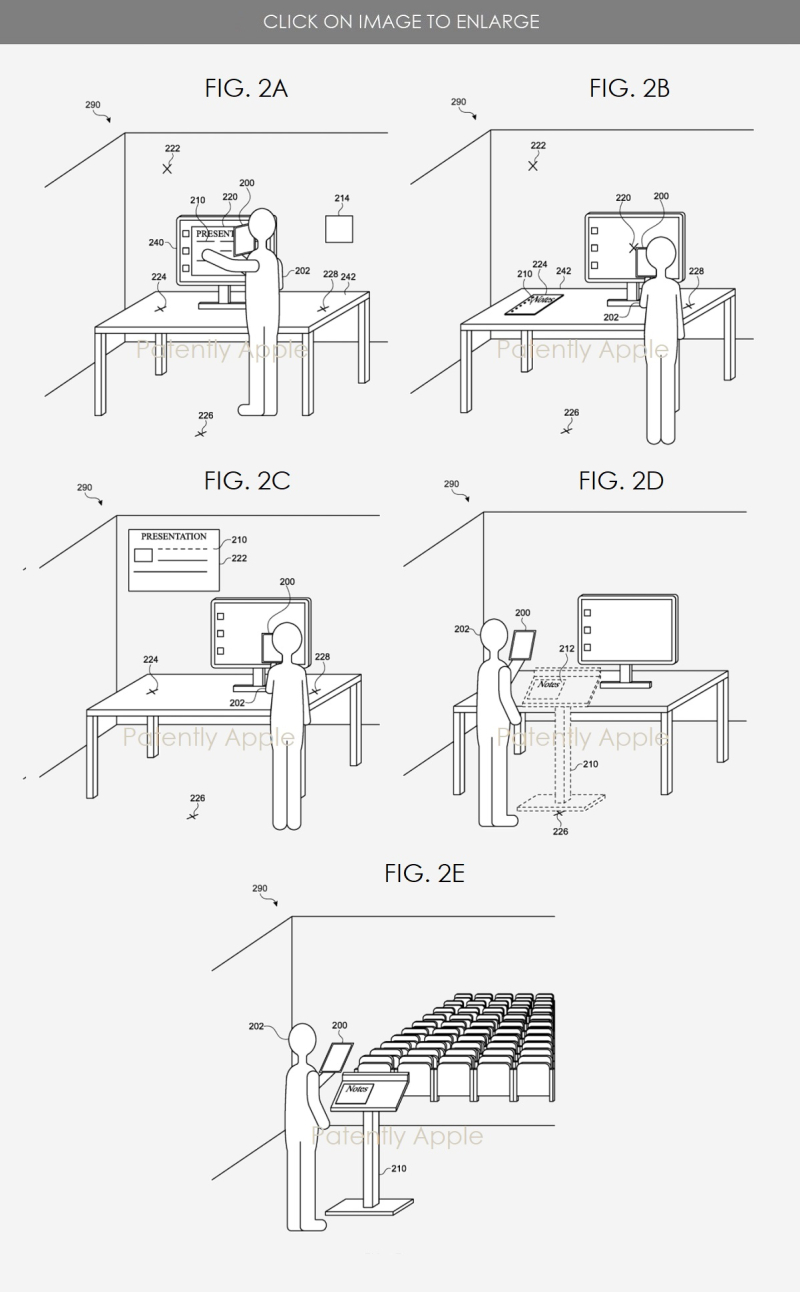 20210097731:  Presenting Environment based on Physical Dimension

Considering that these are patent applications, the timing of the described hardware and software to market is unknown at this time.