In an Interview with the NY Time's Kara Swisher, Cook touched on AR, Apple TV+, Project Titan and not being at Apple in Ten Years 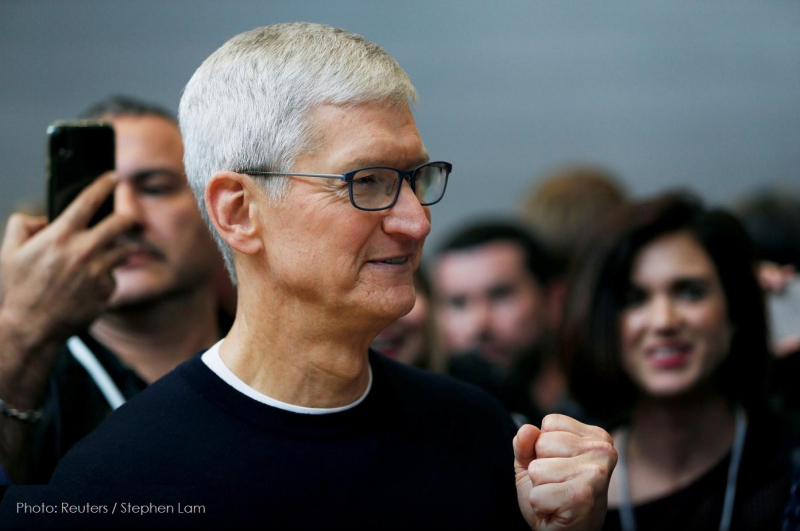 Today, in a published interview with the New York Times reporter Kara Swisher, Apple's CEO provided us with a few basic insights into his views on Augmented Reality, Apple TV+ and Project Titan.

Kara Swisher: Talk a little about where you think innovation is going for Apple itself.

kara Swisher: What is your big interest in augmented reality? I remember we had lunch once, and again, you talked about football and augmented reality. That was all you talked about. So what was that? And I’m more interested in, as I told you, in augmented reality. What is the interest in it? Because Apple is holding its next Worldwide Developers Conference in June with the tagline “Glow and Behold.” I don’t know what that means. It’s rumored that Apple is expected to announce the first major new device since 2015, a mixed-reality headset. Can you talk about AR and this mixed-reality headset?

Tim Cook: Well, I can’t talk about anything that may or may not be in the pipeline. But in terms of AR, the promise of AR is that you and I are having a great conversation right now. Arguably, it could even be better if we were able to augment our discussion with charts or other things to appear. And your audience would also benefit from this, too, I think. And so when I think about that in different fields, whether it’s health, whether it’s education, whether it’s gaming, whether it’s retail, I’m already seeing AR take off in some of these areas with use of the phone. And I think the promise is even greater in the future.

Kara Swisher: What about content? You’re in content. Why do you think you need to be in there competing against a Netflix? It seems like it’s a comma for you, like hardly any investment.

Tim Cook: Oh, no, not at all. Not at all. We’re making serious investments in Apple TV Plus. I assume you’re talking about video content.

kara Swisher: And you think content is critical as an area of focus for Apple.

Tim Cook: Yes, and we’re putting all of ourselves into it. It is not a hobby. It is not a dip your toe in. Because it’s an original focus, we don’t instantly have a catalog with 500 things in it. We’re going to build over time. We’ve gotten over 300 nominations now for awards and have won 80.

Tim Cook: The autonomy itself is a core technology, in my view. If you sort of step back, the car, in a lot of ways, is a robot. An autonomous car is a robot. And so there’s lots of things you can do with autonomy. And we’ll see what Apple does. We investigate so many things internally. Many of them never see the light of day. But I’m not saying that one will not.

kara swisher:  Would it be in the form of a car or the technology within a car?

Tim Cook: Yeah, I’m not going to answer that question.

kara Swisher: I think it has to be a car. You can’t just do the tech — you’re not Google.

Tim Cook: We love to integrate hardware, software, and services, and find the intersection points of those because we think that’s where the magic occurs. And so that’s what we love to do. And we love to own the primary technology that’s around that.

kara Swisher: I’m going to go with car for that, if you don’t mind. I’m going to just jump to car. I wish you would make a car. I actually have been looking at electric cars and autonomous cars.

The interview ended with a blunt question from Swisher: So, ten years, are you going to be at Apple ten more years?

The interview further touched on topics such as Apple-Facebook and the Apple-Epic games feud. Lastly, the interview veered into the traffic regarding politics and other matters. You could read the full interview transcript or listen to the actual interview podcast here.