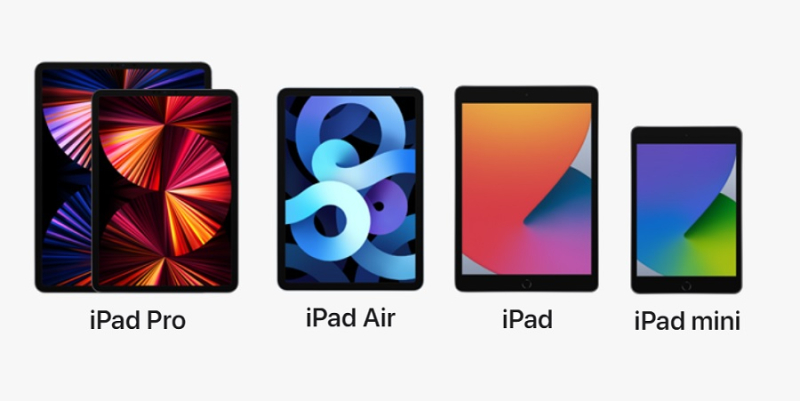 IDC has reported on Global Shipments for tablets in Q1 2021and year-over-year growth was at a positive level of 55.2%. Growth of this magnitude has not been seen since the third quarter of 2013 when the tablet market grew by 56.9% year over year.

As expected, Apple's iPad led the market with 64.3% year-over-year growth, landing in with 31.7% market share as presented below in IDC's chart below. 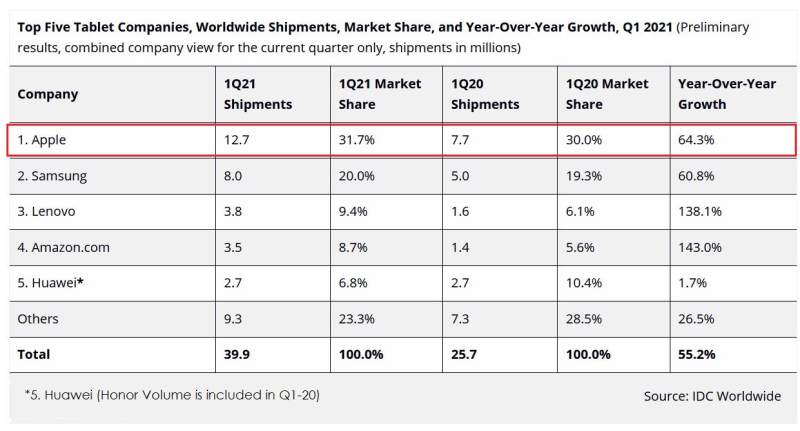 While the IDC report noted that Chromebooks are beginning to supplant tablets in many education markets, Chromebook has yet to break into the consumer market in any meaningful way against the iPad and Galaxy tablets.

Apple's CEO Tim Cook noted in his opening statement for Fiscal Q2 2020 on Wednesday that "As has been the case throughout the pandemic, iPad and Mac continue to be critically important tools for our customers. Over the past year, tens of millions of iPads and Macs have been deployed to help students learn creators create and to enhance remote work in all of its forms. This has helped iPad grow very strong double digits to its highest March quarter revenue in nearly a decade."

Apple's CFO Luca Maestri added: " iPad performance was also outstanding, with revenue of $7.8 billion, up 79%. We grew very strongly in every geographic segment with an all time record in Japan and a March quarter record in rest of Asia Pacific. Both Mac and iPad are incredibly relevant products for our customers in the current working and learning environments, and we are delighted that the most recent surveys of U.S. Consumers from 451 Research measured customer satisfaction at 91% for Mac and 94% for iPad."