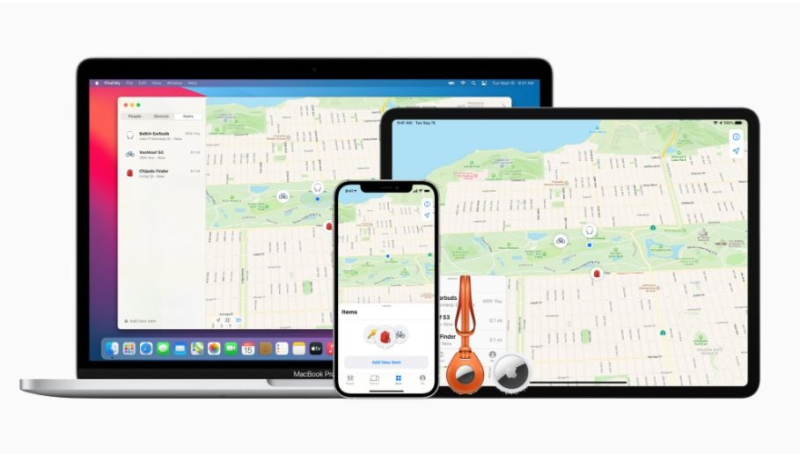 It's no secret that since the launch of first iPhone almost 12 years ago, Apple has become the world’s most profitable, valuable company and a thriving ecosystem of close to a billion users. These users are spending tens of billions of dollars per quarter on both Apple hardware and services. And one of the next big opportunities for Apple relates to "location" products and services.

To understand the scale here, Apple users spent a massive $95 billion in purchasing Apple’s shiny new hardware offerings during the holiday season quarter in 2020. In the same period, Apple’s users spent a record $15.7 billion on software (App store) and a strong portfolio of services (like Apple Care, iCloud, Music, Books, News+ and Arcade).

For 2021, spending on software and services is expected to be more than $70 billion. For some perspective, this is more than twice Tesla’s 2020 revenues and almost 1.5x revenues of the world’s largest cloud services company, Amazon Web Services.

Counterpoint points out the "Customer Lifetime Value" for Apple is climbing every quarter as the company introduces more meaningful software, tools and services tightly integrated with its highly differentiated hardware. App Store, Apple Care, iCloud, Music and Books are some of the most lucrative software and services so far with tens of millions of active paid subscribers.

Counterpoint believes there is huge room for growth with not only current services penetrating further into hundreds of millions of potential paying subscribers but also in terms of new spread of potential.

Location-powered offerings have the potential to be the next multi-billion dollar opportunity for the services as well as hardware revenues. Location: The Next Big Revenue Segment

Apple has significantly revamped its location capabilities, working with Apple Maps (which has seen generational shifts over the last eight years) and the sensor and component capabilities in its devices (iPhones, smartwatches, AirPods, etc) to build a “live network” of billions of active devices and users. Apple’s “Find My” app is transforming into a location platform tightly integrated with Apple Maps and its hardware. Apple aims to solve a significant latent problem to track and locate assets using this vast location-based “Find My” network.

At its Spring 2021 event, Apple also announced AirTag, an own-branded tiny coin-shaped form-factor tracker device for $29 (pack of four for $99). AirTag is an IP67-rated ruggedized tracker, 32 mm in diameter and equipped with sensors, connectivity tech (Bluetooth/NFC/Apple U1 UWB chip) and a built-in speaker. AirTags can be easily attached to any asset to track and, in cases, locate it using the Find My network.

The beauty of this Apple offering lies in the focus on security and privacy when the tracker communicates with the device, with location data being anonymized and encrypted. Apple is further expanding its “Find My” platform to support even third-party devices and assets designed with Apple’s MFI program.

Counterpoint's VP of Research Neil Shah then makes a case for making "Find My" a paid subscription service eventually. In addition, Shah believes that Apple will look to expand and scale the location and mapping capabilities to future projects, from Apple Glasses to Apple Car. For more, read the full Counterpoint report.