Apple's iPhone was the leading Smartphone in Q1 taking 35% of U.S. Sales and 42% of Global Smartphone Profits 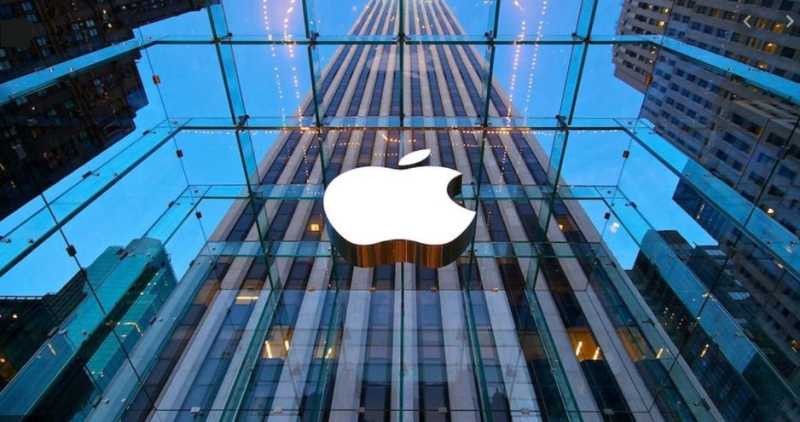 In a new analytical report posted this morning we learn that the US smartphone market delivered 19% year-over-year (YoY) growth in Q1 2021 due to sales from 5G smartphones from Apple, Samsung and OnePlus. The market had sold over 53 million 5G devices at the end of Q1 2021 with 5G sales up 57% year-over-year mostly due to an iPhone 12 'Super-Cycle' as noted in the Counterpoint chart below. 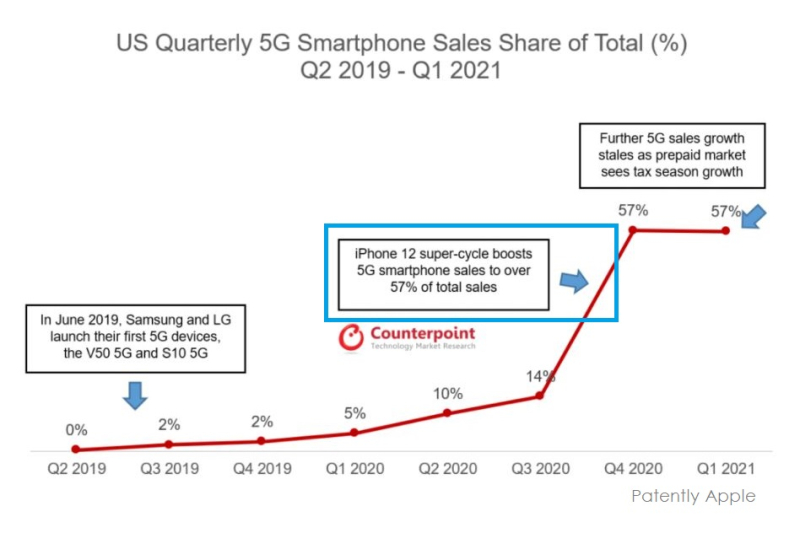 The report further noted that Apple had another record-breaking quarter, with North America revenues growing 35% YoY. All these factors point towards renewed strength in the smartphone market demand and 5G adoption. However, we are also watching for component shortages and how this might affect the market going forward. Inventory has been very tight, but supply has been able to meet demand so far. Bigger OEMs such as Apple and Samsung seem to be less affected, but smaller Tier 2 and Tier 3 OEMs may feel the impact to a greater extent going forward.

Of course where it really counts, global smartphone revenue share, Apple led the way n Q1 2021 with 42%, according to Counterpoint's revenue chart below. 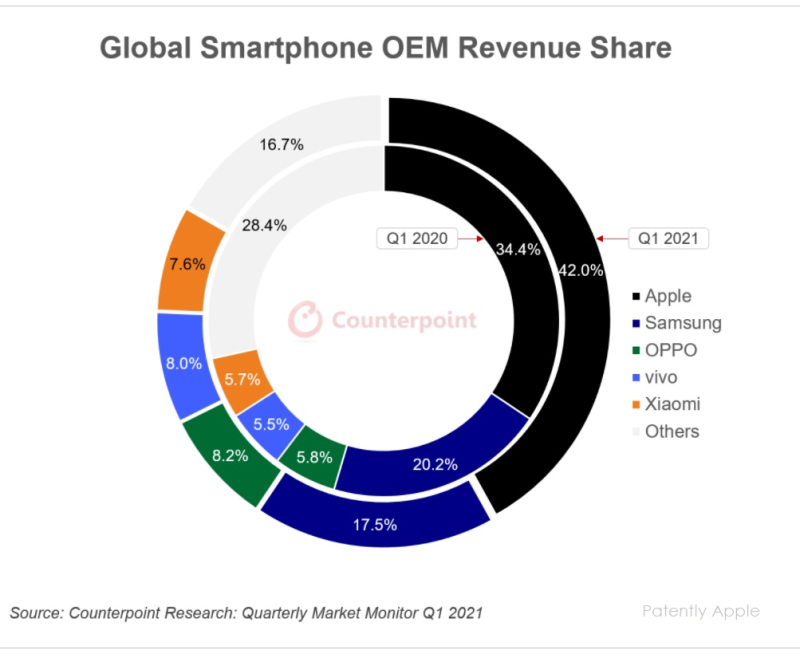 Counterpoint's Senior Analyst, Harmeet Singh Walia:  Highlighting the revenue dynamics, Walia noted, "Global smartphone segment clocked a record first-quarter wholesale shipment revenues of $113 billion, up 35% YoY. This is coming at a time when the industry was facing supply chain constraints. Apple captured a record first-quarter revenue share driven by the strong performance of the iPhone 12 Series and demand spill-over from the previous quarter due to delayed launch. The popularity of its higher-end variant, the Pro Max, in countries like the US and Europe also boosted Apple’s revenue growth.