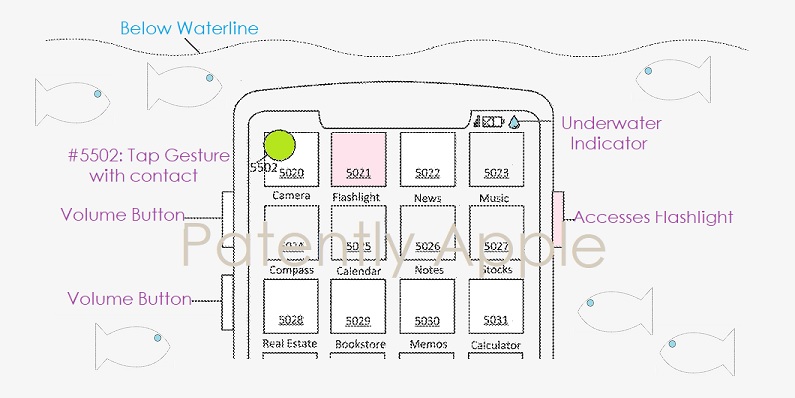 Today the US Patent & Trademark Office granted Apple a patent that relates to computer user interfaces, and more specifically to Apple's newly designed underwater mode user interface when an iDevice is working under water. The user can switch back to the standard iOS UI when back on land. The UI seems to be geared towards Snorkelers who love taking photos and videos while underwater This could be a very popular feature indeed. 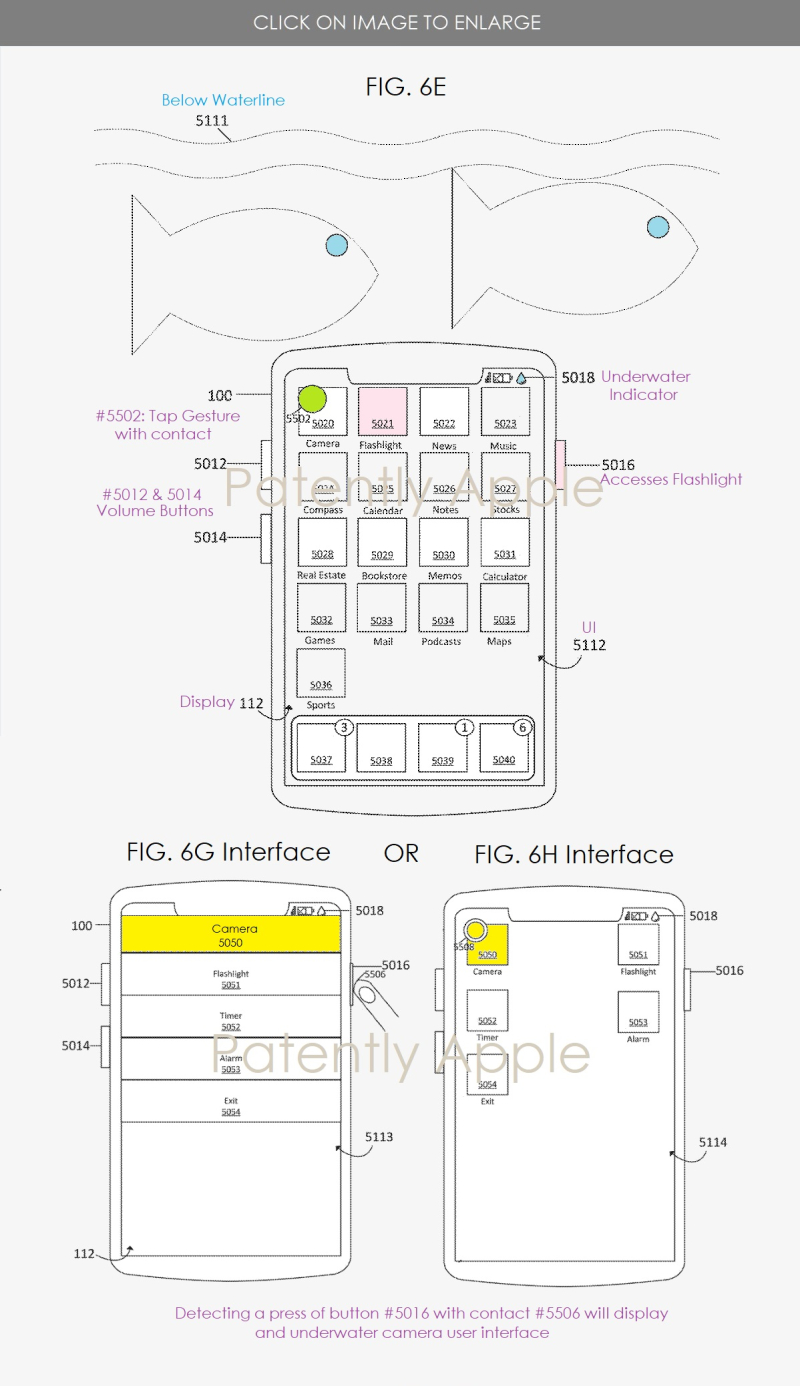 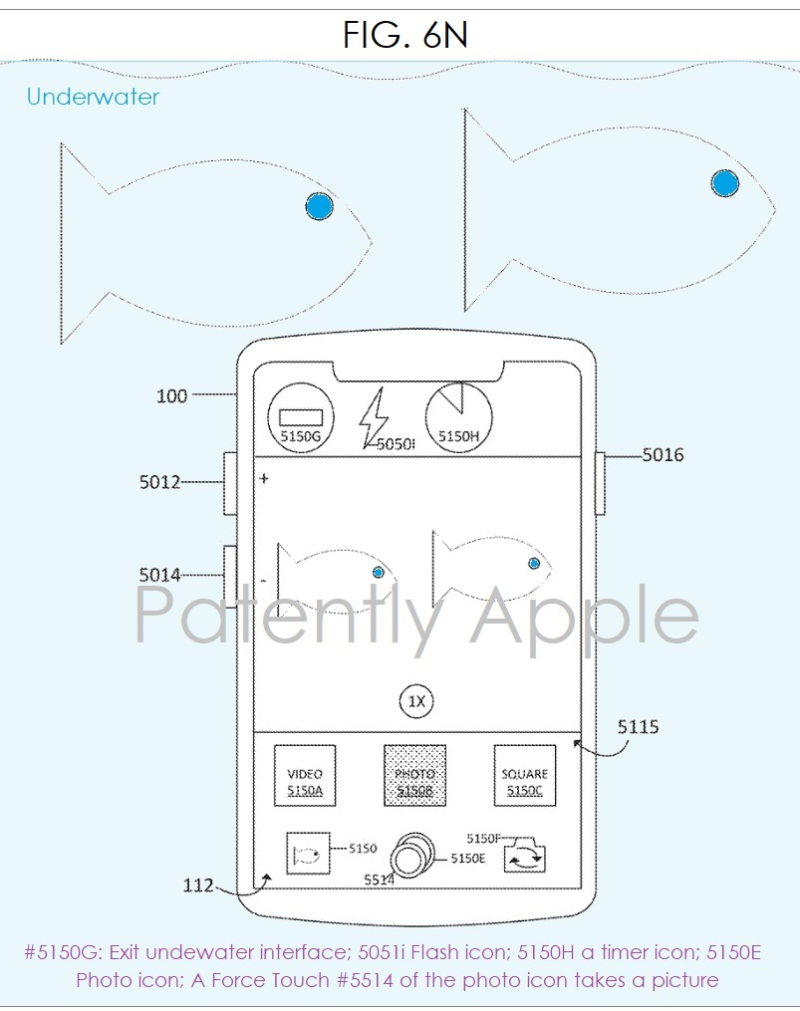